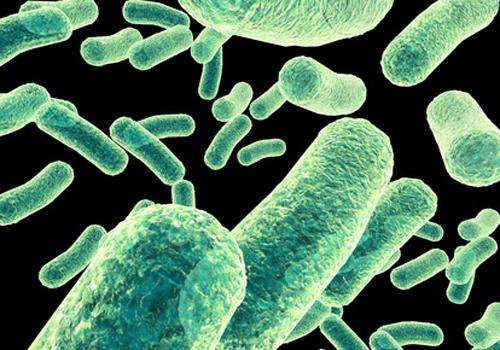 The first therapeutic monoclonal antibody (mAb), muromonomab, was approved in 1986 by the US Food and Drug Administration (FDA). Muromonomab, an immunosuppressant, targets CD3 and is prescribed for the reduction of acute rejection in patients with organ transplants. Muromonomab and the other early therapeutic antibodies that first entered into the clinic are murine antibodies. The first mAbs were made from mouse-derived hybridomas and caused a relatively high incidence of immunogenicity.

Immune responses to therapeutic antibodies can neutralise their effect, and hypersensitivity can cause serious adverse events. Therefore, researchers put a lot of effort into the development of antibodies with a decreased risk of immunogenicity to further broaden the clinical use of antibodies in the clinical setting. The result of these efforts was the development of chimeric mAbs, mouse-human antibodies made up of two-thirds human sequence homology and humanised mAbs, which have 95% human sequence homology. Two-thirds of the monoclonal antibodies currently on the US market are either chimeric or humanised monoclonal antibodies.

More recently, technologies such as phage-display or transgenic mice have paved the way for the development of fully humanised mAbs. Today there are several human mAbs approved in the US, and they account for the majority of mAbs in clinical development. Fully humanised mAbs are thought to be less immunogenic than humanised or chimeric mAbs due to the complete elimination of murine-derived protein structures (2).

The human immune system has the ability to create millions of different antibodies that selectively target specific antigens. The specificity of antibodies is determined by the amino acid sequence of the tips of the typical Y-shape structured molecule. The molecular structure of antibodies includes a specified variable region at the end of the light and heavy chains. Specifically, the antigen-binding activity of mAbs is determined by the conformation of its amino acids in its complementary determining regions (CDRs).

Three CDRs are located in the variable region of both the light and the heavy chains of the antibody. The goal of biomedical research focused on antibodies is to mimic the screening process of the human immune system as closely as possible in order to identify antibodies with the highest target/antigen specificity (3).

Antibody libraries have become one of the most important tools for screening and identifying mAbs that complement a variety of targets/antigens while bypassing the hybridoma technology, which relies on immunisation of animals. Today, new selection methods enable the timely and cost-efficient screening of these large libraries basing conclusions on the antibody- antigen behaviour of individual clones. Antibody selection platforms include ribosome and mRNA display, yeast cell display and phage display (3).

The most dominant platform today remains the 20-year-old phage display technology. Phage display enables in vitro selection and the rapid identification and optimisation of proteins based on their functional and structural behaviour. Bacteriophages (phages) are viruses that can infect bacteria. Each phage in the display library displays a unique antibody, protein or peptide.

The design of the phage vector ensures that the library protein/antibody is expressed as a fusion protein with the coat protein and exposed on the surface of the phages that are released from the bacterial cells. Phages containing specific mAbs can be isolated upon their binding affinity to the desired antigen (4).

A novel and efficient approach to display technology combines the advantage of the conventional phage display technology with the additional feature of a cleavable disulfide bridge. This allows for the elution of the antibody that displays phage binding to an antigen by the disruption of this disulfide bridge, a consequence of the bridge’s sensitivity to reducing agents. This technology enables the specific isolation of phage particles independent of their affinity to the antigen and ensures highthroughput screening in an automated way.

At the heart of modern antibody screening technologies is the antibody library. The quality of an in vitro library is characterised by the ability to generate a large population of highly diverse and functional antibodies. Recombinant antibody libraries can be based on gene pools that originate from source B-cells of immunised animal, naturally immunised humans or infected humans. Synthetic libraries are constructed completely in vitro (5).

Fellouse and colleagues developed libraries with solvent-accessible CDR positions that were randomised with a degenerated codon encoding for only four amino acids (6). The authors showed a dominant role for tyrosine in antigen recognition and demonstrated that synthetic libraries can be used to study the role of different amino acids for antigen recognition. The donors included normal donors and patients with various autoimmune diseases in an effort to extend the library’s repertoire beyond that of healthy individuals.

Therefore, these human Fab libraries represent immunoglobulin sequences captured from human donors combined with synthetic diversity in the key antigen contact sites found in the heavy-chain complementarydetermining regions CDR1 and CDR2. Also known as Dyax libraries, they include CDR1 and CDR2 repertoires that are designed based on analysis of germline VH genes. Furthermore, mutations are designed according to related VH germline genes and the incorporation of hot spot mutations (7).

One example of a synthetic human Fab library that represents the structural diversity of the human antibody repertoire is Human Combinatorial Antibody Library (HuCAL®). The combination of the seven variable heavy chain (VH) and seven variable light chain (VL) region genes gives rise to 49 frameworks in the master library. These regions comprise the six CDRs, resulting in a collection of several billion distinct fully human antibodies.

The most recent library is based on 45 billion different fully human antibodies8. The goal of any antibody technology platform is the identification of antibodies with specific properties such as high affinity, functionality (eg induction of cell death, or blocking of receptor ligand interaction), good expression rate, high solubility to enable high concentration formulation and low immunogenicity. Therapeutic antibodies in particular often require several rounds of further development and fine-tuning to achieve the complete set of desired properties – a long and costly process – before they can enter the clinic.

This polymerase is known to introduce errors and the error-rate is increased by modifying the reaction conditions. Other mutagenesis methods include DNA shuffling9, a method based on digestion of the target gene with DNase I and pooling random DNA fragments and CDR walking mutagenesis10 (reviewed in 11).

The affinity maturation of HuCAL can be achieved by the reproduction of the natural structure of the VH and VL CDR3 region, the antibody’s most important region for antigen recognition, by replacing it with CDR3 library cassettes generated from mixed trinucleotides. This trinucleotide mutagenesis (TRIM) technology facilitates the synthesis of any desired combination of amino acids at each single position of the variable region in a ratio reflecting exactly the one found in humans (8).

A more recent solid phase technology for highthroughput gene synthesis accelerates and speeds up the antibody optimisation process. This technology allows the generation of high quality and ‘intelligent mutant’ libraries in a tightly controlled manner and precisely introduces the desired mutations through the production of genetically diverse, customised variant libraries. The sub-libraries enable further fine-tuning to optimise antibodies for a variety of properties such as affinity, specificity, humaneness, solubility, stability and production yield.

This DNA engineering platform is based on the synthesis and ligation of double-stranded oligonucleotides with complementary regions. The starting materials are hairpin oligonucleotides, which are called anchors and splinkers. The anchor structure is defined by the variable region of six nucleotides including three nucleotides 5’-overhangs (single-stranded) and has a biotin modification in the loop region to bind the structure to a streptavidin-coated surface. The second hairpin, the splinker, has three nucleotides 5’- overhangs that also represent all possible permutations.

Together, this allows for the creation of a library with all possible permutations, 4096 (46) for the anchor and 64 (43) for the splinker. The anchor block includes DNA recognition sites for a specific restriction enzymes that restrict the DNA after ligation of complementary sequences in the first step. The restriction enzyme recognises, and consequently generates, three nucleotides 5’-overhangs for any possible permutation. The three nucleotides elongated in the variable region of the splinker hairpin are relegated to the complementary anchor hairpin, and elongation blocks with 18 independent definable base pairs are created in repeated reaction cycles.

The synthesis of larger blocks follows in the transposition cycle through repeated reaction cycles of ligation, washing and restriction, whereby specific restriction enzymes recognise sequences in the anchor and splinker hairpins and create four and three nucleotides 5’- overhangs, respectively, for any possible permutation (12). (Note: This technology enables the synthesis of antibodies containing the complete set all mutants and codons used to optimise and tailor HuCAL.).

Thus, the combination of the described highthroughput gene synthesis technology with a synthetic human Fab library enables the individual design of each CDR cassette for a variety of properties, such as high affinity and low immunogenicity, and it is applicable to all antibodies within the library.

Antibodies in clinical development – a snapshot

A large number of fully human mAbs based on the described antibody library technology are currently in clinical and preclinical development in a variety of different therapeutic areas including oncology, autoimmune disease and inflammation, cardiovascular diseases, infectious diseases and diseases of the central nervous system.

One of the programmes currently in clinical development is MOR103 (Figure 1), a treatment for rheumatoid arthritis which is a disease affecting six million people worldwide.

This chronic inflammatory autoimmune disease is mediated by GM-CSF, a growth factor for white blood cells. GM-CSF is found in high levels in inflamed joints and its suppression has shown a therapeutic effect in established rheumatoid arthritis animal models. GM-CSF contributes strongly to the release of other signalling molecules and binds to its complementary receptor on the surface of specific immune cells in the joint, stimulating their activation and proliferation. MOR103 is a fully human mAB that was developed with the HuCAL technology and has a high affinity to human GM-CSF.

Studies with MOR103 have shown that it neutralises human GM-CSF and inhibits downstream signalling of the GM-CSF receptor. MOR103 is currently in Phase Ib/IIa in patients with active rheumatoid arthritis. Other indications for this antibody include Multiples Sclerosis (MS), a disease which is characterised by elevated levels of GM-CSF in its active phase. A more unconventional use for therapeutic antibodies is passive immunisation for the treatment of infectious diseases.

The discovery and successful implementation of antibiotics have historically pushed therapeutic antibodies for the treatment of infections aside. But the emerging problem of antibiotic resistance has boosted the search for alternatives, namely for treating infections caused by micro-organisms including drug-resistant methicillin-resistant Staphylococcus aureus (MRSA), a growing public health concern associated with increasing levels of mortality.

The advantages of antibody-based therapy with humanised or human antibodies include high specificity and low toxicity. Antibodies targeting molecules that are associated with Staphylococcus aureus infections, including MRSA, are currently being identified to investigate effective alternative treatment options for antibiotic resistant infections.

This article originally featured in the DDW Winter 2010 Issue

Dr Markus Enzelberger is a chemist by training; he received his PhD from the University of Stuttgart on the directed evolution of industrial enzymes. Markus did his postdoctoral studies with Stephen Quake at the California Institute of Technology where he worked on new microfludic systems and its application in high throughput screening of biologics. He continued this work at Mycometrx Inc, South San Francisico. Markus has been with MorphoSys for nine years and currently holds the position of a Vice President R&D. He is responsible for all partnered antibody discovery projects and technology development.