Automating The Drive Towards Personalised Medicine 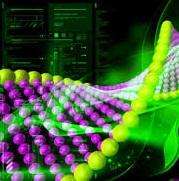 Automating The Drive Towards Personalised Medicine

Interest in personalised medicine continues to grow, and epigenetic biomarkers are very informative in this respect, giving a clear indication of whether (and how) a patient’s gene expression profile has changed, as well as the rate of disease progression.

Biomarkers have many different applications, both disease- and drug-related, offering an indication of disease status and likely prognosis, as well as the probable effectiveness of a particular drug treatment.

Automation of biomarker discovery platforms and biomarker-based assays generates many benefits for laboratories, providing the flexibility to easily amend, or switch between, processes as necessary, and to scale-up initially low throughput applications as sample numbers increase. This ensures efficient and costeffective operation for a wide range of applications in a variety of different fields, including academia, research and development and pharmaceutical laboratories.

Access to the information stored in genomes is controlled by the epigenetic code, and processes such as transcription can only retrieve this information according to the access granted by the epigenome. Comprising chemical compounds from both natural and man-made sources – including food, medicines and pesticides – the epigenome acts as a link between the genome and the environment, modifying or marking the genome to control gene activity. Although not part of the DNA itself, these chemical tags can still be passed on from cell to cell during cell division, controlling activity by switching genes on or off.

The epigenetic code has three main components: methylated cytosine residues in DNA; post – translational modifications to the core histone proteins within the nucleosomes; and RNA, often noncoding RNA. Over time, epigenomes may change, and this is implicated in the development of diseases such as cancer, multiple sclerosis and dementia. Chromosomes adopt higher order structures that can be detected by methods such as chromosome conformation capture (3C).

As the epigenome changes, the 3C interactions also alter, and 3C-based techniques enable the DNA involved in these interactions to be identified. Once known, these epigenetic switches and chromosome conformation signatures can be used to aid early diagnosis of, for example, cancer.

A company in the UK, Oxford BioDynamics Limited (OBD), has developed a unique biomarker platform, EpiSwitch™, based on chromosome conformation capture, enabling the discovery, development and validation of epigenetic biomarkers and aiding the identification and development of biomarker panels for diagnostic and prognostic purposes.

Automation is fundamental to the OBD business model, and the company recognised the importance of developing processes that are not only efficient and cost-effective in a low throughput diagnostic laboratory, but can also be easily scaled-up and translated on to an automated platform for high throughput applications. Flexibility is also essential, as OBD has several ongoing projects at any one time, and must have the capability to switch between them as and when necessary.

At the outset, most of the company’s projects involve manual processing of relatively small numbers of samples but, as things progress further, enhanced reproducibility and higher throughput are required. It was apparent that automation was the answer and, about four years ago, OBD purchased its first liquid handling system, a Freedom EVO® 100 workstation from Tecan, to cope with the increasing workload.

Two years on, even higher throughput was required, and a larger Freedom EVO 150 liquid handling system – equipped with a MultiChannel Arm™ 96 and an eight-channel Air LiHa air displacement pipetting arm, and controlled by Freedom EVOware® software – was acquired, enabling investigation of approximately 600 markers a day. The system’s versatility allows OBD to switch between different types of labware – 96-well plates, PCR tubes and 50ml tubes – while the Air LiHa provides pipetting accuracy over a large volume range, from 1 to 1,000 microlitres.

As requirements vary from day to day, automating the process on a liquid handling platform provides the flexibility to cope with a dynamic workflow, changing between R&D applications and biomarker screening on demand, while the software allows scripts to be as simple or as complicated as necessary.

Biomarkers are identified on the basis of a machine-learning algorithm that recognises the DNA signatures defining the structure of transcription units. Where objective biomarkers are required to help identify which patients fit into a particular cohort, existing knowledge of the epigenetic deregulation of well-known genes is used to assess whether any informative biomarkers are present.

A number of applications have been developed that take advantage of deep sequencing and microarrays, allowing investigations to be carried out at the biomarker discovery stage in an unbiased manner, looking at quite complex disease phenotypes where very little information is available. Specific information about deregulation at the epigenetic level can then be identified and filtered out and, by combining individual biomarkers with powerful statistical tools, biomarker panels can be developed that deliver good cross-validation with clinical results.

The carefully designed 3C-based technology, which is compliant with industry-standard procedures, ensures that fully validated sets of biomarkers can be generated. This technology may be licensed for either diagnostic or prognostic testing in hospitals and clinics, or for high throughput screening in the pharmaceutical industry. Strategically planned workflows ensure that the technology is easily transferable to an automated platform, maintaining the viability of the process for low throughput diagnostic laboratories and hospitals while allowing straightforward scale-up for efficient and cost-effective high throughput applications. 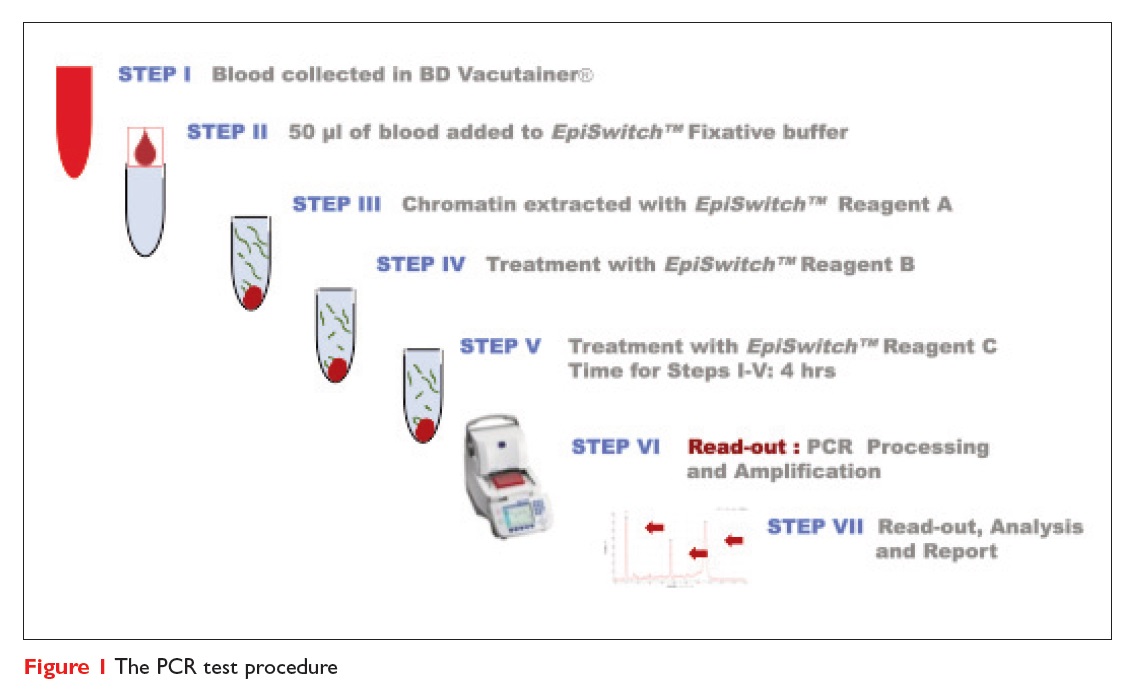 After stabilising the chromosomal conformations, the DNA is modified for detection by conventional PCR. Based on literature reviews and the most up-to-date chromosomal conformation data, key signature genes for a particular indication are identified, testing for patterns specific to chromosomal looping using the proprietary software. Specific oligonucleotides can then be designed to test the region of interest, enabling the development and validation of non-invasive biomarker assays for a range of clinical conditions.

The NGS pipeline (Figure 2) for the discovery of novel biomarkers combines the PCR test procedure with next-generation sequencing technology. 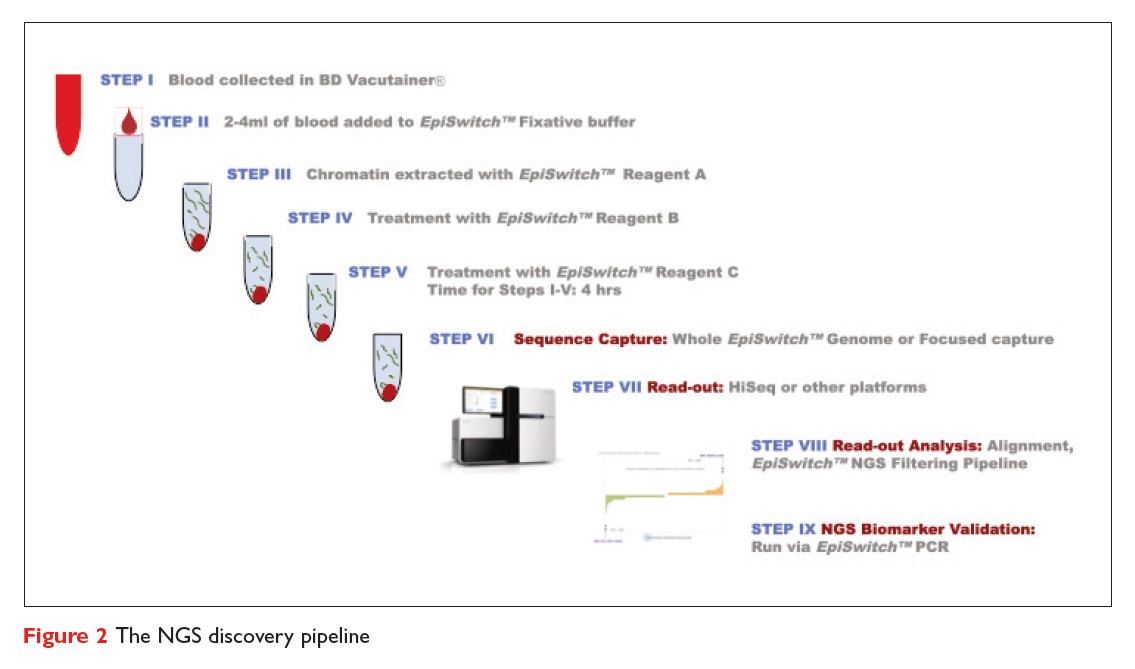 The proprietary technology relies on selective targeting, capture and sequencing of genomic regions in an unbiased manner. This helps to identify specific regions of interest that are implicated in the pathology or physiology of a genome, playing a key role in the extension of current knowledge on effective predictive, diagnostic and prognostic biomarkers.

A variety of applications

Drug-related biomarkers, in contrast, are indicative of whether or not a drug will be effective in a specific individual, and how the patient will metabolise it. OBD’s biomarker discovery platform offers a non-invasive, highly-specific alternative to traditional biomarker discovery and monitoring, while the company’s PCR testing workflow enables aberrant chromosomal conformational changes reflecting epigenetic alterations in gene regulation due to drug treatment to be detected. Automation of these protocols has enhanced reproducibility and throughput, allowing a greater number of projects to be undertaken than would otherwise be possible.

Personalised medicine requires close co-operation between pharmaceutical and biomarker companies. With an ever-growing FDA-approved list of biomarkers providing information relating to drug response, pharmaceutical companies have shown an increasing interest in embarking on new biomarker discovery programmes for predictive diagnostic products; there are already several drugs approved or in clinical development where positive predictive biomarkers have proved useful. The adoption of a personalised approach to medicine will lead to safer and more effective therapies, as well as being more cost-effective, helping to bring the right drugs to the right patients, more rapidly.

As the number of new cancer cases continues to rise, there is an increasing need to focus efforts on the development of new strategies to enable early detection of disease, as evidence points towards timely diagnosis being a crucial factor for longterm survival. However, for many reasons – cultural and religious beliefs, lack of information, limited access to screening programmes, low prioritisation or insufficient funding for implementation of preventive programmes – early diagnostics and screening programmes are still very limited worldwide.

The development of screening programmes and organised early diagnostics is highly desirable, and implementation of automated procedures has the potential to increase the speed at which this occurs.

When a patient is diagnosed with cancer, determining the correct prognosis is essential for effective management of the disease, and biomarkers have an important role to play. Measurement of prognostic biomarkers prior to commencing treatment provides an indication of the patient’s probable long-term outcome, as well as an estimate of the severity and the likely consequence of contracting the disease.

Generally, patients are routinely monitored to determine disease progression, as well as the response to treatment and the likelihood of recurrence, and the development of biomarker tests with increased specificity and sensitivity has enabled more accurate and reliable measures of cancer status to be established.

For example, the detection of over-expressed tumour markers in a person’s blood can offer a rapid and effective means of patient monitoring that avoids the need for invasive, painful and sometimes unreliable tests. A major benefit of this ‘active surveillance’ approach is that patients with localised tumours, or who are asymptomatic, may avoid unnecessary treatment.

Currently, physicians rely on information such as the stage and grade of a tumour, along with biomarker assays, to predict a patient’s likely outcome and the most appropriate treatments. The drawback of this approach is that it requires multiple biopsies of the tumour and the surrounding lymph nodes, with associated pain for the patients and the potential for procedure-related complications.

The recent identification of multiple genes linked with the prognosis of various types of cancers is a significant step towards increasing the reliability of patient outcome predictions, as well as the development of more sensitive biomarker-based tests. These advances have been incorporated into the OBD biomarker platform, providing a non-invasive, rapid test that identifies and stratifies aggressive tumours through deregulation of key genes.

Automation has proved highly beneficial to epigenetic biomarker research, providing the flexibility to change between assays as and when required, and allowing straightforward scale-up for efficient and cost-effective high throughput applications. This ensures that novel biomarker technology is a viable proposition for a broad range of laboratories with very varied throughput demands, offering a highly-effective means of developing new products for applications in diseases and chronic conditions associated with aberrant gene expression, such as oncology, inflammatory, metabolic, cardiovascular and neurodegenerative conditions.

The reproducibility and throughput offered by automation are vital, enabling a greater number of projects to be undertaken than would otherwise be possible and helping to deliver the correct drugs to the correct patients, more rapidly. DDW

This article originally featured in the DDW Summer 2014 Issue

Dr Alexandre Akoulitchev read mathematics, physics, chemistry, biochemistry and biophysics at the Moscow Institute of Physics and Technology and subsequently obtained a PhD in cell biology from University College London. After a period in the USA, he established a research laboratory at the Sir William Dunn School of Pathology, University of Oxford. Alexandre is Chief Scientific Officer at Oxford BioDynamics.

Dr Howard Womersley studied microbiology at the University of Glasgow before taking up a research post at the Department of Neuroimmunology, King’s College London. He was awarded a DPhil from the University of Oxford, and joined Oxford BioDynamics in 2008 following postdoctoral research at the Sir William Dunn School of Pathology. Howard is now Associate Director, Platform Development, at Oxford BioDynamics.

Dr Philip Jordan read molecular and cellular biochemistry at The Queens College, University of Oxford. He obtained his DPhil in microbiology and molecular biology at the Sir William Dunn School of Pathology, University of Oxford, in 2007, and then undertook postdoctoral research into Neisseria before joining Oxford BioDynamics, where he is Chief Operating Officer.