Researchers develop novel therapy that could be effective in many cancers 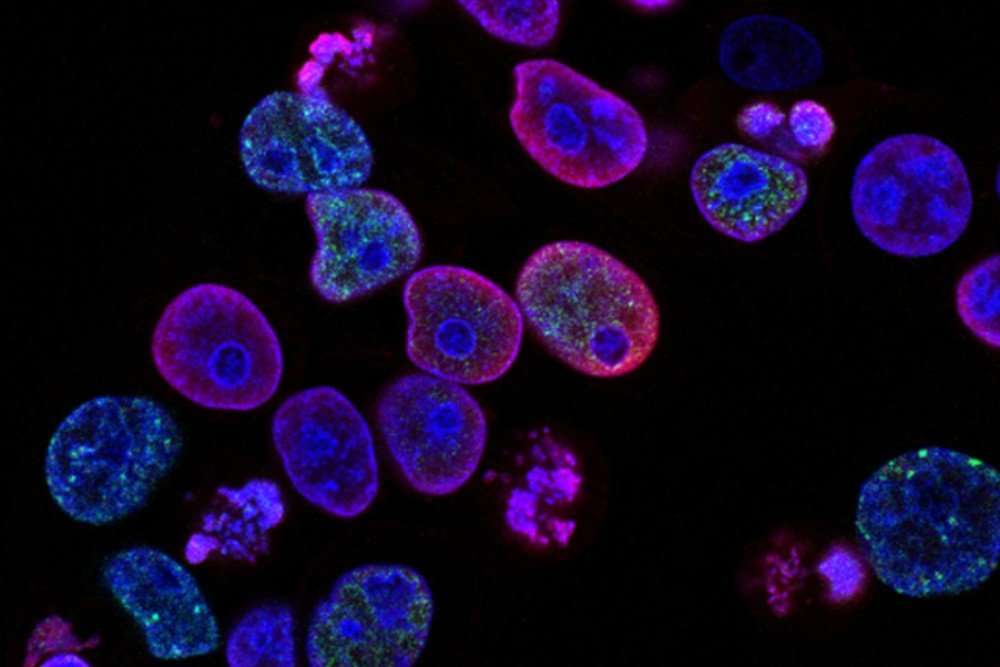 Mount Sinai researchers have developed a therapeutic agent that shows high effectiveness in vitro at disrupting a biological pathway that helps cancer survive, according to a paper published in Cancer Discovery.

The therapy is an engineered molecule called MS21 that causes the degradation of AKT, an enzyme that is overly active in many cancers. This study laid out evidence that pharmacological degradation of AKT is a viable treatment for cancers with mutations in certain genes.

“Our study lays a solid foundation for the clinical development of an AKT degrader for the treatment of human cancers with certain gene mutations,” said Ramon Parsons, Director of The Tisch Cancer Institute and Ward-Coleman Chair in Cancer Research and Chair of Oncological Sciences at the Icahn School of Medicine at Mount Sinai. “Examination of 44,000 human cancers identified that 19% of tumours have at least one of these mutations, suggesting that a large population of cancer patients could benefit from therapy with an AKT degrader such as MS21.”

MS21 was tested in human cancer-derived cell lines, which are models used in laboratories to study the efficacy of cancer therapies. Mount Sinai is looking to develop MS21 with an industry partner to open clinical trials for patients.

“Translating these findings into effective cancer therapies for patients is a high priority because the mutations and the resulting cancer-driving pathways that we lay out in this study are arguably the most commonly activated pathways in human cancer, but this effort has proven to be particularly challenging,” said Jian Jin, Mount Sinai Professor in Therapeutics Discovery and Director of the Mount Sinai Center for Therapeutics Discovery at Icahn Mount Sinai. “We look forward to an opportunity to develop this molecule into a therapy that is ready to be studied in clinical trials.”