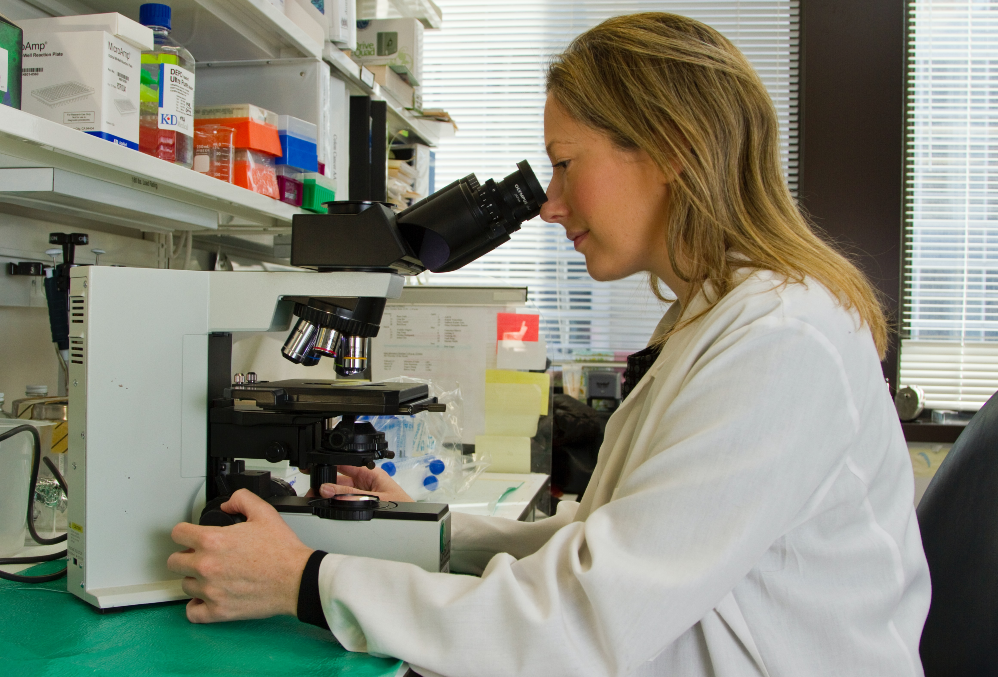 A new drug designed to counter the effects of an important, but very hard to target, cancer mutation could be effective against a range of tumour types including lung and gynaecological cancers, a new clinical trial shows.

The trial, led by a team at The Institute of Cancer Research, London, and The Royal Marsden NHS Foundation Trust, in collaboration with partners in industry, showed that the experimental cancer drug could successfully target cancers in patients with mutations to the key KRAS gene.

KRAS– part of the RAS-RAF-MEK-ERK signalling pathway – is one of the most commonly mutated genes in cancer. While there are currently drugs being researched that target a subset of KRASmutations, there are no targeted therapies for the majority of KRAS-driven cancers.

The new drug, called CH5126766/VS6766, blocks the effect of mutated genes from the signalling pathway in multiple places within a cancer cell, making it different from other efforts to find treatments for RAS-mutated cancers.

The drug inhibits two proteins called RAF and MEK–cancer-causing proteins which are linked to KRAS.

In the phase I clinical trial, this two-stage blocking of information within the cancer cell led to responses in multiple cancers including lung, gynaecological cancers and multiple myeloma, driven by the RAS and RAF cancer genes including KRAS, HRAS and BRAF.

Among 26 patients who could be assessed for their clinical response to the drug, in the expansion cohorts, seven – or just over a quarter – had protocol-defined partial responses. In five patients with solid tumours, these responses lasted for more than six months.

It is the first trial to show the use of a novel drug that inhibits the effects of RAS genes in multiple places.

The researchers said the drug should now be tested in larger trials, on its own and in combination, to see if it could become a new treatment for KRAS-mutated cancers.

In the new study, the researchers trialled the drug in an unconventional, innovative twice-weekly schedule after discovering that the drug remained active in the body long enough to allow for intermittent treatments.

The trial included 58 patients who had advanced cancers with KRASmutations, and had exhausted other available treatment options. The research is published in The Lancet Oncology (Wednesday 28 October) and was funded by Chugai PharmaceuticalCo, the originator of this new drug.

The researchers found that CH5126766/VS-6766, now under development by pharmaceutical company Verastem Oncology, was safe for patients when treated using the intermittent schedule, with manageable levels of side effects. Verastem Oncology plans to initiate Phase II registration-directed trials before the end of this year.

The drug could also be used in combination with other targeted treatments, and is being tested in clinical trials for patients with lung cancer, multiple myeloma and other types of solid tumours.

Professor Udai Banerji, Deputy Director of Drug Development at The Institute of Cancer Research, London, and The Royal Marsden NHS Foundation Trust, said: “Cancers caused by the commonly mutated KRASgene continue to represent an important area of unmet need. When we develop cancer drugs, we often have to walk a narrow path between on one hand effectively shrinking the tumour and on the other hand managing side effects. We need to think out of the box and use innovative intermittent schedules as a way of delivering effective and tolerable drugs.

“Our study shows that this new drug is safe for patients taken twice a week, and we have seen multiple promising responses in patients with KRAS-mutated tumours. We are conducting further studies combining this drug with other novel treatments, and hope we can open the door to new options for patients with a hard-to-treat group of cancers.”

Professor Paul Workman, Chief Executive of The Institute of Cancer Research, London, said: “This research is an excellent example of academia and industry working together on highly innovative research to take forward a new treatment for patients. It’s promising that this drug could work against cancers with a broad range of KRASmutations, which until now have been very hard to treat. However, there is real risk that initial clinical development of such drugs has to be halted because of high rates of side effects when administered in the classic daily dosing schedules.

“So our researchers used the principles of the Pharmacological Audit Trail – developed at the ICR – to predict that the drug would be effective and safe for patients using an unusual twice-weekly dose schedule, and the trial proved just that. I’ll be keen to see how the drug works in later-stage trials across a range of cancer types, and in combination with other precision treatments.”