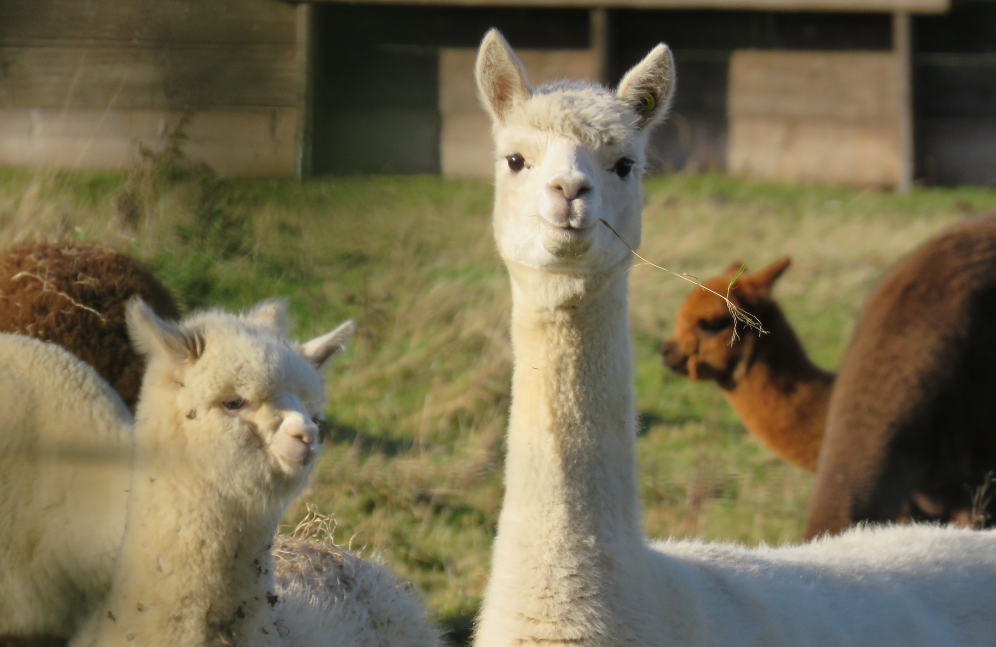 Antibodies derived from llamas have been shown to neutralise the SARS-CoV-2 virus in lab tests, UK researchers have found.

The team involves researchers from the Rosalind Franklin Institute, Oxford University, Diamond Light Source and Public Health England. They hope the antibodies – known as nanobodies due to their small size – could eventually be developed as a treatment for patients with severe COVID-19. The peer reviewed findings are published in Nature Structural & Molecular Biology.

Llamas, camels and alpacas naturally produce quantities of small antibodies with a simpler structure, that can be turned into nanobodies. The team engineered their new nanobodies using a collection of antibodies taken from llama blood cells. They have shown that the nanobodies bind tightly to the spike protein of the SARS-CoV-2 virus, blocking it from entering human cells and stopping infection.

Using advanced imaging with X-rays and electrons at Diamond Light Source and Oxford University, the team also identified that the nanobodies bind to the spike protein in a new and different way to other antibodies already discovered.

There is currently no cure or vaccine for COVID-19. However, transfusion of critically ill patients with serum from convalesced individuals, which contain human antibodies against the virus, has been shown to greatly improve clinical outcome. This process, known as passive immunisation, has been used for over 100 years, but it is not straightforward to identify the right individuals with the right antibodies and to give such a blood product safely. A lab-based product which can be made on demand would have considerable advantages and could be used earlier in the disease where it is likely to be more effective.

Professor James Naismith, Director of The Rosalind Franklin Institute and Professor of Structural Biology at Oxford University said: “These nanobodies have the potential to be used in a similar way to convalescent serum, effectively stopping progression of the virus in patients who are ill. We were able to combine one of the nanobodies with a human antibody and show the combination was even more powerful than either alone. Combinations are particularly useful since the virus has to change multiple things at the same time to escape; this is very hard for the virus to do. The nanobodies also have potential as a powerful diagnostic.”

Professor Ray Owens from Oxford University, who leads the nanobody program at the Franklin, said: “This research is a great example of team work in science, as we have created, analysed and tested the nanobodies in 12 weeks. This has seen the team carry out experiments in just a few days, that would typically take months to complete. We are hopeful that we can push this breakthrough on into pre-clinical trials.”

Professor David Stuart, from Diamond Light Source and Oxford University said: “The electron microscopy structures showed us that the three nanobodies can bind to the virus spike, essentially covering up the portions that the virus uses to enter human cells.”

The team started from a lab-based library of llama antibodies. They are now screening antibodies from Fifi, one of the ‘Franklin llamas’ based at the University of Reading, taken after she was immunised with harmless purified virus proteins. The team are investigating preliminary results which show that Fifi’s immune system has produced different antibodies from those already identified, which will enable cocktails of nanobodies to be tested against the virus.

The Rosalind Franklin Institute is a new research institute funded through UK Research and Innovation’s Engineering and Physical Sciences Research Council. The Franklin is leading the UK’s work in the innovative field of nanobodies, whose tiny size and specificity make them perfect tools for scientific research, usually used to stabilise proteins for imaging. The Institute is named for the researcher Rosalind Franklin, who was born 100 years ago this year. Although famous for her contribution to the discovery of DNA, Franklin’s later career turned to imaging virus structures, including polio.

Professor Naismith said: “2020 marks the centenary of Franklin’s birth. As an institute named for a pioneer of biological imaging, we are proud to follow in her footsteps and continue her work in viruses, applied here to an unprecedented global pandemic. Franklin’s work transformed biology, and our projects aspire to that same transformational effect.”