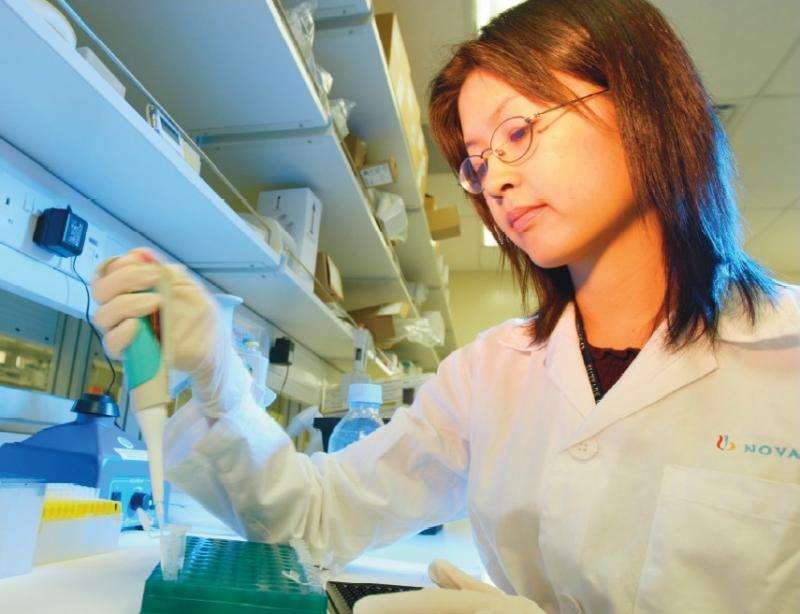 While the recent biomedical revolution has given rise to significant advances in medical treatment, many neglected diseases that are endemic in underdeveloped parts of the world remain unaddressed. Public-private partnerships like the Novartis Institute for Tropical Diseases aim to accelerate the drug discovery process to treat Dengue, TB and malaria.

The majority of patients on this planet do not have access to modern medicines, despite the fact that they could address many of the diseases occurring in the poorer populations. There are many reasons for this lack of access, but one of them has been the lack of drug discovery research for diseases of the developing world.

This is largely because new pharmaceutical medicines are mostly discovered and developed by pharmaceutical companies, which as commercial entities need to show a financial return on their R+D investments. Unfortunately, patients affected by those diseases are too poor to afford commercial prices of medicines.

While pharmaceutical companies such as Novartis are starting research programmes into neglected diseases (eg tuberculosis, Dengue fever and malaria), more resources need to be allocated to this area. It is also apparent that the pharmaceutical industry cannot solve the access to medicines problem alone – it can contribute some of its drug discovery and development capacity, or some existing drugs at no profit, but it cannot solve issues of education, infrastructure or distribution alone.

The importance of partnerships

In pharmaceutical neglected-disease research, partnerships are a good way to leverage the still relatively minor drug discovery investments. The Novartis Institute for Tropical Diseases (NITD) in Singapore has therefore established a growing network of research partnerships to complement its own efforts. Novartis Institute for Tropical Diseases’s goal is to have at least two compounds in clinical trials by 2008, and at least one novel and attractive compound on the market by 2012.

The Novartis Institute for Tropical Diseases as a public private partnership

The NITD itself was established in 2003 as a public- private partnership between Novartis and the Singapore Economic Development Board (EDB) with the mission to discover drugs for tuberculosis, Dengue fever and more recently, malaria. There are currently about 100 scientists and students from 19 nations at NITD. The medicines resulting from this research will be made available to poor patients at no profit.

Furthermore, NITD contributes to the education of scientists from developing and developed countries that are interested in drug discovery sciences for neglected diseases, and has established a MSc programme with the University of Basel, Swiss Tropical Institute and National University of Singapore as well as PhD-, postdoctoral- and visiting scientists programmes.

The NITD is also a core element of the Novartis Corporate Citizenship programme and applies the most modern drug discovery sciences and technologies to neglected diseases that so far had not profited from them.

One of the NITD’s most important partnerships is in-house. As part of the larger Novartis network, it shares the resources of the Novartis libraries, high throughput technologies and expertise in structural sciences and proteases, to name a few examples. It is a symbiotic relationship; Novartis scientists at the NITD can access the work being carried out at all the other Novartis research institutes, and the scientists at the other Novartis research institutes can access the results of NITD. 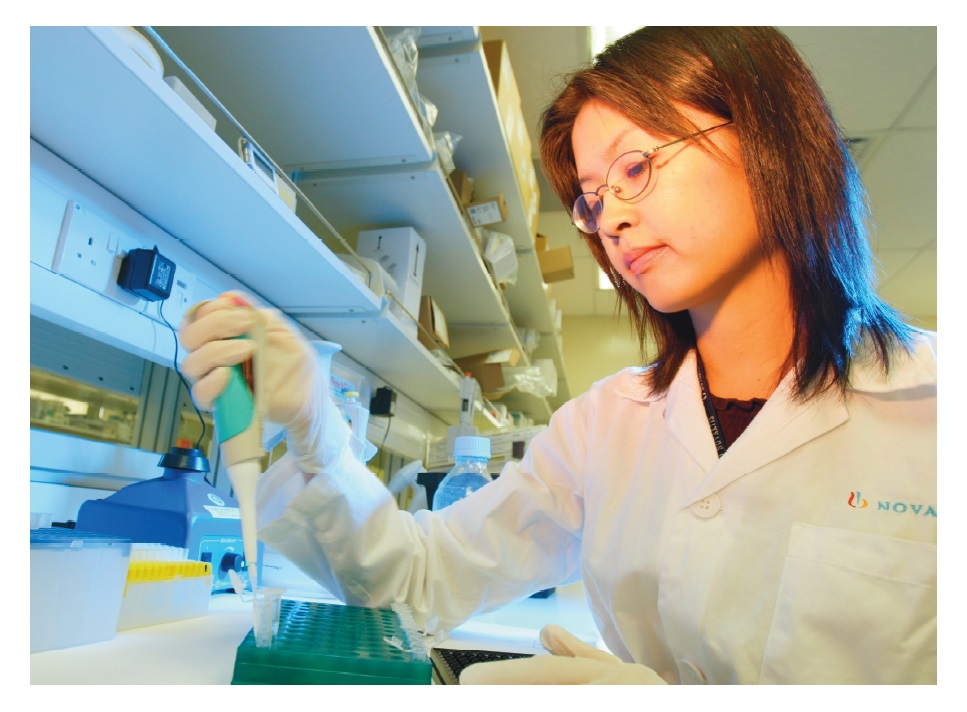 NITD has collaborated since its inception with NIAID on the biology and animal models of tuberculosis and on the chemistry of new antituberculosis drugs.

The Global Alliance and NITD have collaborated to design back-ups of a new antituberculosis drug class, the nitroimidazoles, and are contemplating a further partnership to develop tuberculosis drugs emerging from NITD’s research.

This is the key partnership of NITD in Dengue fever research. The partners are the Genome Institute of Singapore, DSO National Laboratories of Singapore, Tang Tok Seng Hospital, Singapore and the Singapore Tissue Network. Its main aim is to use genetic methods to find correlations between viral and host genomes and diseases outcome and has already resulted in the largest database of Dengue virus genomes (see http://dengueinfo.org/NITD/).

Last year Novartis announced a partnership with the Wellcome Trust, the Singapore Economic Development Board, Medicines for Malaria Venture, the Genomics Institute of the Novartis Foundation in La Jolla, the Swiss Tropical Institute in Basel and the Biomedical Primate Research Center in the Netherlands to initiate research and allocate resources at the NITD to discover the next generation of malaria drugs. NITD is leading this effort and will hire an additional group of malaria specialists in 2007.

Under the leadership of Imperial College, London, NITD participates in the project ‘Drugs for treatment of resistant tuberculosis’ together with 11 further academic and biotech partners to select new targets for tuberculosis drugs and to find chemical leads against these targets.

In January 25, 2007, Novartis announced a new partnership to further expand the NITD’s research capabilities and expertise in TB, Dengue fever and malaria. The NITD partnered with the Eijkman Institute (Djakarta) and Hasanuddin University (Makassar, both in Indonesia). This initiative, called NEHCRI, gives scientists at the NITD better direct access to patients in a real-life context of a developing country. Furthermore, the NEHCRI partnership brings together the broad expertise of Novartis in all aspects of drug discovery and development, as well as technologies, financial resources and local clinical experience in tropical diseases.

One of the greatest obstacles to conquering tropical diseases is a profound lack of public awareness about the issue. Partnerships help overcome this obstacle by engaging a greater amount of people in the debate and examination of under-recognised diseases.

NITD also organises unique symposia in endemic regions bringing together top researchers in tropical diseases, local doctors, scientists and health officials to better understand the local conditions of patients. This kind of local knowledge is essential to design better therapies. Symposia have been held in Singapore, Bagamoyo, Tanzania and most recently, in October 2006, NITD hosted a symposium in St Petersburg, Russia, to discuss the multidrug resistant-TB strains there. Russia is one of the world’s 22 countries carrying a high tuberculosis burden.

The symposium was a learning process for each of the participating scientists, researchers, government officials and industry leaders. Various topics relating to TB research were discussed, including healthcare in Russia, epidemiology in Russia, persistence of MDR-TB (multi-drug resistant TB), and current TB drug discovery and development diagnostic tools.

Another benefit to collaborative discussions, such as the ones that occurred at the symposium in Russia, is that they attract media attention. This is key because the press plays an important role in the global fight against tropical diseases. When the media explains the need for concern over tropical diseases, the issue moves to the forefront of public awareness, and individuals in turn encourage their leaders to take interest in these causes. Once decision- makers become engaged in the issues, real progress toward solving these problems can be made. Stories in the media create stakeholder interest from all sides. 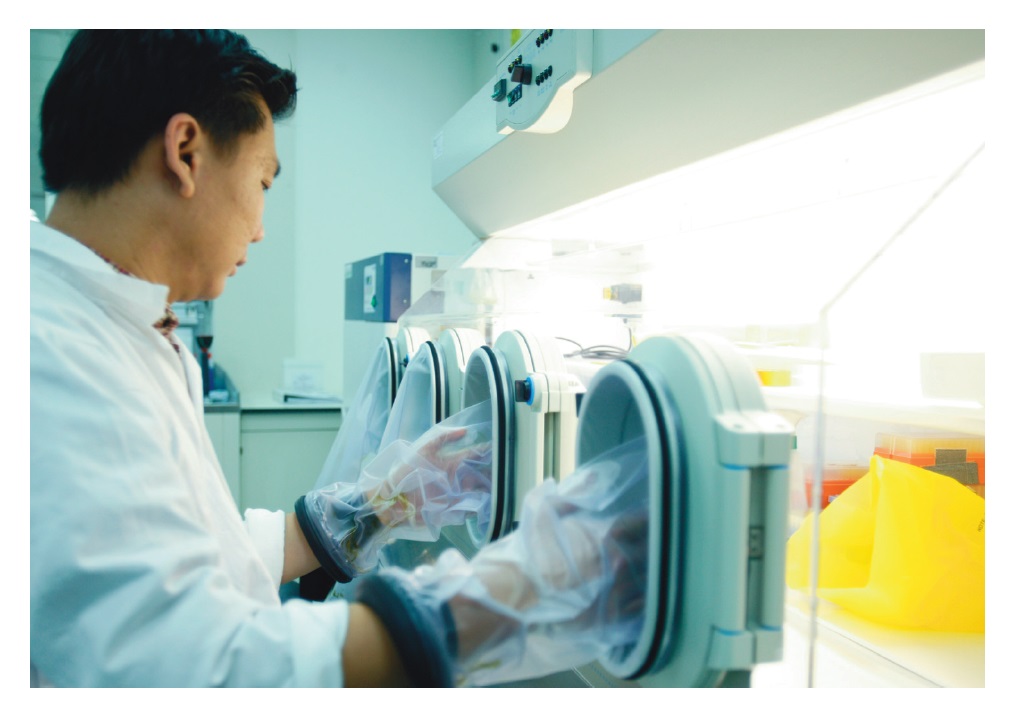 By initiating its discovery efforts for better treatments for tropical diseases, the NITD is set to make an important contribution to the problem of access to medicine in poorer regions of the globe. But we cannot attempt to make such great strides alone. It is only through innovative collaborations, such as the few examples described here, that we can start to make an impact on treating these diseases. Furthermore, high-profile partnerships often generate more news value, and hopefully will create interest from other pharmaceutical companies to follow suit.

Unlike other research projects, we hope that every pharmaceutical company will copy us and establish an institute similar to the NITD. With more potential partners, and more collaborative research projects we hope to be able to successfully bring medicines and treatments for neglected diseases to developing countries worldwide. DDW

This article originally featured in the DDW Winter 2006 Issue

Professor Paul Herrling is Head of Corporate Research at Novartis, a position he assumed in November 2002. Prof Herrling is also Chairman of the Board of the Novartis Institute for Tropical Diseases in Singapore, a long-term endeavour to advance medical research in tropical infectious diseases, which historically have received little drugresearch funding. In addition, he oversees the Friedrich Miescher Institute in Basel and the Genomics Institute of the Novartis Research Foundation in La Jolla, California. Prior to his current position, he was Head of Global Research of Novartis Pharma and a member of the Pharma Executive Committee (PEC). In this capacity, he directed the integration of the research organisations of Sandoz and Ciba-Geigy following their merger in 1996 to form Novartis. Prof Herrling joined Sandoz Pharma in 1975 and held various positions in research at both Sandoz in Basel and Wander in Bern. In 1985, he became Head of the Sandoz Research Institute in Bern and Head of the Preclinical CNS Research Department at Sandoz Pharma in Basel. In 1992, he was made Head of Preclinical Research Basel for Sandoz Pharma and, in 1994, Head of Corporate Research. He is also a Professor of Drug Discovery Science at the University of Basel, Switzerland. In addition to scientific editing activities, he serves on several boards, most notably Board of Trustees of The Scripps Research Institute, the Board of the ETH (Swiss Federal Institutes of Technology) and the Scientific Advisory Committee of the Drugs for Neglected Diseases Initiative (DNDi). Prof Herrling obtained his Doctorate in 1975 at the University of Zurich and was a post-doctorate fellow at the Neuropsychiatric Institute at the University of California, Los Angeles (UCLA).