The Evolution of Transdermal Drug Delivery and Treating Migraine 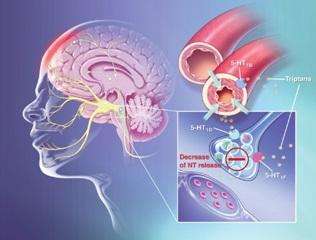 The Evolution of Transdermal Drug Delivery and Treating Migraine

Transdermal Drug Delivery (TDD) is a promising method for drug application that has major advantages over some of the most common routes of drug administration.

In most cases, oral drug delivery is the most common and convenient route of drug administration due to a high rate of patient compliance, cost-effectiveness, portability, ease of production and pre-determined dosage. However, there are limitations with oral drug delivery, such as incomplete delivery due to the unpredictability of gastrointestinal absorption.

Parenteral route of administration, such as injection, is another common drug delivery method. Advantages of parenteral drug delivery include rapid onset of action and circumvention of gastrointestinal degradation of the drug, but this method is invasive and sometimes painful. It also has a lower rate of patient compliance and requires a trained administrator.

Transdermal Drug Delivery on the other hand, involves the non-invasive delivery of medications through the skin surface and when applied can deliver the drug at a predetermined rate across the skin to achieve either a local or systemic effect. 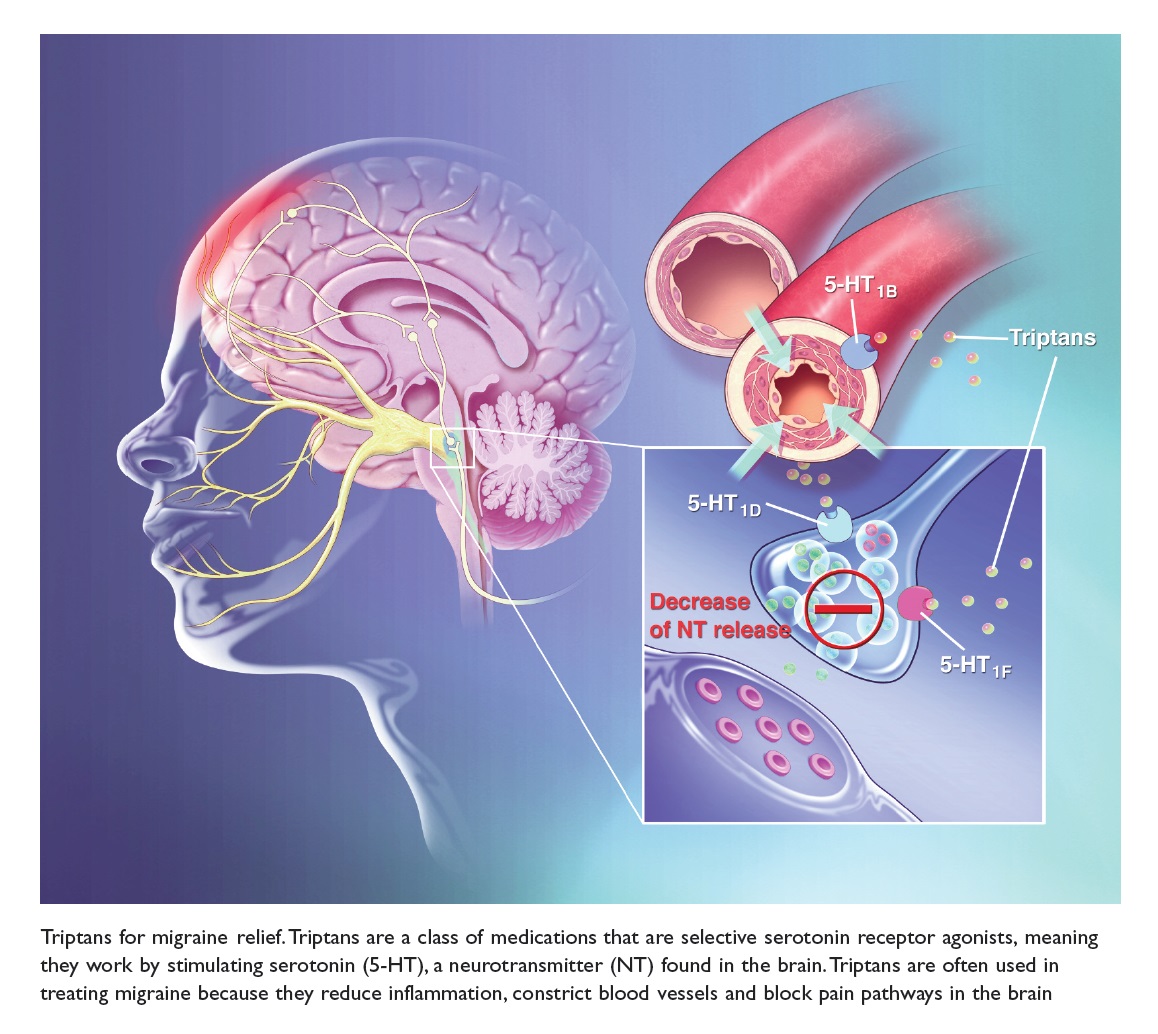 Perhaps the most remarkable forerunner of modern transdermal medication was Stronger Mercurial Ointment, used as a treatment for syphilis when Salvarsan and other arsenicals were in use, before the discovery of penicillin. Even the composition of this ointment was remarkable; it contained 50% of elemental mercury!

The first generation of transdermal drug delivery is responsible for most of the transdermal patches that have thus far been in clinical use. More than 30 years ago the nicotine patch revolutionised smoking cessation by continuously suppressing the smoker’s craving for a cigarette.

Catapres® is the first patch that delivers seven-day dosing of clonidine to hypertensive patients who otherwise would have to adhere to taking one tablet twice a day. This is the first example of a non-injectable sustained-release dosage form that achieves seven-day delivery for a small molecule. It demonstrates the therapeutic benefit of a dosage form that can sustain a flat blood level profile and has the convenience of a once-a-week dosing for chronic treatment.

The Exelon® patch, a rivastigmine patch introduced in 2007, embodies an innovative treatment route for dementia patients and their care givers. It affords a visible reminder to both patients and their caregivers that they have taken the medicine. The Exelon patch has a superior safety profile. eg less nausea and vomiting and a convenient once-a-day dosing interval, compared with the capsule and oral solution. Its precipitous success exemplifies how development of a transdermal patch can be a sound approach for product lifecycle management.

The second generation of transdermal drug delivery recognises that skin permeability enhancement is required to expand the scope of transdermal drugs. All of the products that have been commercialised have been devoted to iontophoresis, which is a method of transferring substances across the skin by applying an electrical potential difference.

The LidoSite™ Topical System, an iontophoretic patch with a portable electronic controller and energy source, delivers lidocaine and epinephrine simultaneously to attain dermal analgesia on intact skin. Imparting dermal analgesia prior to venipunctures takes 10 minutes, much faster than a topical anaesthetic such as EMLA (eutectic mixture of lidocaine and prilocaine) topical cream, which may take up to one hour.

In spite of its medical benefit, eg faster onset of action, the treatment cost compared with a conventional topical cream limited its commercial success. Vyteris decided to remove Lidosite from the market in 2008 after only two years on the market.

SYNERA®, a topical anaesthetic patch with a controlled heating pod, delivers lidocaine and tetracaine to numb intact skin in 20 minutes, prior to minor needle procedures for pediatric patients. Although both of these products illustrate how technological advances in TDDs could foster therapeutic advantages, they also make the case that TDDs need to proactively address the total value proposition to the patients and payers while providing a strong, compelling medical benefit.

IONSYS™, an iontophoretic transdermal patch for on-demand, self-activating delivery of fentanyl, permits patients to have control of their own pain management. In 2006, both the US FDA and the European Medicines Agency approved IONSYS for the treatment of acute post-operative pain. However, following identification of corrosion in a system component of one lot of IONSYS, which could trigger self-activation of the system – a potentially lethal overdosing risk – the European Medicines Agency recommended suspension of the marketing authorisation for IONSYS in November 2008.

Janssen-Cilag, the developer and marketer of IONSYS, subsequently withdrew IONSYS from all European markets. IONSYS was very much at the leading edge of innovation for a transdermal drug delivery system. Its on-demand, patient-involved pain-management concept had the opportunity to showcase what personalised pain treatment could be. Regrettably, prohibitive technical intricacy and overwhelming product quality challenges short circuited, literally and figuratively, this once promising prospect.

During the past decade transdermal drug delivery has essentially remained static and there has been little change in the composition of the patch systems. Modifications have been mostly limited to refinements of the materials used. One reason might be that only certain specialised companies can manufacture transdermal patches. Another reason is that only a limited number of drugs fit the molecular weight, lipophilicity and potency requirements for transdermal absorption.

For therapeutic protein and peptide delivery, while intradermal delivery may provide a more advantageous pharmacokinetic profile compared with subcutaneous or intramuscular injections, other tangible patient benefits, such as easy self-administration, less perceived pain, enhanced safety and ambient temperature stability are correspondingly essential to make this a compelling product concept.

Migraine is a disabling neurological disease that involves recurrent attacks of moderate to severe head pain. It is one of the most disabling diseases in the world and is the leading cause of disability among all neurological disorders. Due to the severity of migraine attacks, migraine treatments need to bring relief to patients quickly and safely.

Recent advances in the development of transdermal drug delivery for treatment of migraine show promise.

Migraine is the most common disease in the world affecting approximately 39 million people in the US and one billion worldwide. More than 90% of migraine sufferers are unable to work or function normally during a migraine due to severe head pain and associated neurological symptoms including nausea, vomiting and extreme sensitivity to light and sound.

The transdermal route offers a large and varied surface as well as ease of application. There are limitations for this type of delivery since molecules with molecular weight greater than 1kDa are unable to cross the stratum corneum.

Triptans are first-line therapies for moderate to severe migraine and come in several formulations, including oral pill, nasal spray and injection. Each of these routes of administration have their own set of limitations. Oral pills, the most common way to treat migraine, are slowly absorbed by the body leading to delayed migraine symptom relief. Nasal sprays can offer faster relief but the nasal route has a limited surface area and the fast mucociliary clearance and drainage into the oesophagus can result in highly variable absorption.

Although the drug is sprayed nasally, a significant amount of drug is swallowed and then absorbed by the body, which can result in gastroparesis, a common condition among those suffering from migraine. The pulmonary route offers a large and highly-vascularised mucosal surface for drug absorption, but the accessibility with currently-available inhalers is limited and can additionally be compounded by variability from patient self-administration. Injection is the most effective delivery route. However, drawbacks of this method include pain, stigma associated with administering injections in public and needle phobia.

Research demonstrates that treating migraine is a race against time. The faster a patient receives a drug, the more likely that patient is able to fully benefit from it. Although migraine is not life-threatening, it is severely debilitating and reduces the quality of life of those who suffer from this disease.

Though there are a number of treatment options available for patients suffering from migraine, there is still a high unmet need for additional options that are non-invasive, fast acting and bypass the gastrointestinal tract. In recent years, innovators in the field have been working to provide new options that address these unmet treatment needs.

In 2013, the United States Food and Drug Administration (FDA) approved Zecuity®, a single-use migraine patch that delivers sumatriptan through a mild-powered electrical current. Developers of Zecuity recognised that sumatriptan is an effective, already-approved drug for the treatment of migraine and worked to improve delivery of the drug to patients suffering from migraine to potentially provide faster symptom relief.

To do this they employed the use of an iontophoretic transdermal system to deliver sumatriptan directly to the bloodstream, bypassing the gastrointestinal tract. However, in 2016, less than a year after Zecuity launched, the FDA issued a safety warning regarding the risk of burns and possible scarring due to the patch.

Despite this setback, development of transdermal drug delivery for the treatment of migraine has not stalled.

Zolmitriptan is an effective FDA-approved treatment for migraine but is only available as an oral tablet and nasal spray, and not as an injectable. Innovators at Zosano recognised that there is room for improvement in the delivery of this migraine drug to potentially provide faster relief to patients.

The company’s transdermal drug delivery system consists of a titanium microneedle array attached to an adhesive patch seated in a retainer ring, which is applied with an applicator. When the patch is applied to the skin, microneedles coated with zolmitriptan physically break the stratum corneum and penetrate the epidermis/dermis, where the dry drug coating is dissolved by the surrounding skin interstitial fluid, delivering the drug directly into the bloodstream.

Clinical results to date demonstrate its potential to provide positive symptom relief to patients with migraine.

In time, it is anticipated that technological advancements in transdermal drug delivery will lead to improvement in quality of life for those suffering from migraine and potentially other diseases. DDW

This article originally featured in the DDW Winter 2018/19 Issue

Dr Mahmoud Ameri is the Vice-President of Research & Development at Zosano Pharma. As one of the company’s co-founders, he brings 20 years of drug delivery, preclinical and early ex-US clinical development of combination products to the company. He is responsible for research and development. Prior to Zosano, he was at Alza/J&J where he co-invented and developed the Adhesive Dermally Applied Microarray system and holds more than 20 patents and patent applications all relating to the Zosano drug delivery technology. Dr Ameri earned his PhD from the School of Pharmacy at the University of Manchester in the UK.

Hayley Lewis is the Senior Vice-President of Operations at Zosano Pharma, where she oversees the functional areas of Nonclinical, R&D, Analytical Development and QC, Operations and Engineering, Manufacturing, and Regulatory Affairs, and continues to be responsible for overseeing all regulatory interactions with the FDA and other government agencies. She joined the company as the Vice-President of Regulatory Affairs and Quality in October 2015. Prior to joining Zosano, she spent more than 11 years in Regulatory Affairs at Depomed, Inc, a specialty pharmaceutical company, where she was involved in the approval of three commercial products. Over the course of her career, she has enabled eight investigational products to be studied in humans, five of which have advanced to completion of Phase III trials. Her pharmaceutical development experience, spanning more than 20 years, covers solid oral dosage forms and combination products, such as systemic and local inhalation products, a single-entity combination injectable and transdermal systems. Ms Lewis earned her BS in Pharmaceutical Sciences from the University of Greenwich in the UK, and has attained several management diplomas from Kellogg School of Management, as well as Stanford’s Graduate School of Business.