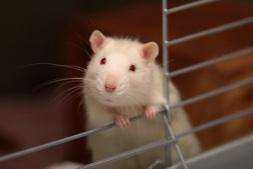 According to the Humane Society International/UK (HSI/UK), Home Office statistics reveal that the number of animals in British laboratories has stayed broadly the same almost a decade after the government pledged to reduce animal use.

It says that UK laboratories completed a total of 3.4 million procedures in 2019, down by 8% on 2010 when the government made its promise.

The animal protection charity adds that as the UK exits the European Union, if Britain hopes to lead the world in science innovation, the government must do more to move away from animal use.

The HSI/UK points out that earlier this month, the UK government published an R&D roadmap setting out plans to “revitalis[e] our whole system of science, research and innovation to release its potential”. However, achieving that goal will only be possible in biomedical research if we move away from relying on animal-based approaches that don’t translate to humans, and embrace human biology as the true “gold standard”.

Dr Lindsay Marshall, HSI/UK’s Bomedical Science Adviser, said: “The UK cannot expect to have world-leading science innovation whilst we rely on failing animal-based research methods that are rooted in the past. In drug discovery, pharmaceutical safety, chemical testing, cancer research, the data shows that animal models are really bad at telling us what will happen in a human body. As well as sometimes being dangerously misleading, animal approaches typically take a very long time to produce results, sometimes years, are very expensive, and of course cause enormous animal suffering. As the UK leaves the EU and competes with countries like the USA that are taking bold strides towards animal-free science, we urge the government to radically update its 2010 research policy to focus on replacing animal procedures in science. Incentivising researchers to adopt new approaches is as easy as redirecting public research funding towards cutting-edge non-animal techniques based on human biology.”

Hannah Stuart, HSI/UK’s Senior Policy specialist, added: “It is so disappointing to see the UK animal experiments numbers show no sustained, significant decrease over time. It’s been almost 10 years since Britain’s reduction pledge, yet the UK remains one of the highest users of animals for science in Europe, with the 2019 total almost exactly the same as it was in 2010. In those same years, non-animal technologies have advanced enormously, now making a reduction strategy hopelessly unambitious, and lagging behind other countries harnessing the innovative technologies revolutionising biomedical research and toxicity testing. If we want Britain to be able to compete on the world stage, what we need to see from the UK government is a strategy for replacing animals in science that sets clear targets and is supported by prioritised investment in innovative, animal-free technologies that advance science and accelerate medical progress.”