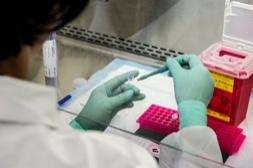 GlaxoSmithKline and CureVac are collaborating for the research, development, manufacturing and commercialisation of up to five mRNA-based vaccines and monoclonal antibodies (mAbs) targeting infectious disease pathogens.

mRNA (messenger RNA) technology is a rapidly progressing, cutting-edge platform for the development of new vaccines and medicines, potentially expanding the range of diseases which can be prevented or treated, while also promising to significantly speed up development and manufacturing. mRNA enables protein synthesis in the human body, carrying the genetic code required for cells to manufacture and express proteins. By using mRNA technology in vaccines and medicines, specific proteins, or antigens, can be produced by the body’s own cells, enabling the human immune system to prevent or fight disease.

CureVac’s leadership in mRNA technology, along with its mRNA manufacturing capability, complements GSK’s existing scientific leadership in vaccines, including GSK’s own self-amplifying mRNA (SAM) vaccine technology platform, and further builds on GSK’s growing capability in mAbs innovation, aligned to its R&D focus on the science of immunology. Advancing mRNA-based vaccine and treatment technologies is also expected to play a role in further improving response against future pandemics.

Roger Connor, President GSK Vaccines, said: “GSK’s self-amplifying mRNA (SAM) vaccine technology has shown us the potential of mRNA technology to advance the science of vaccine development, and CureVac’s experience complements our own expertise. Through the application of mRNA technology, including SAM, we hope to be able to develop and scale up advanced vaccines and therapies to treat and prevent infectious diseases quicker than ever before.”

With this collaboration, we are gaining a world-class partner whose expertise and global footprint will allow us to further develop and translate the value of our platform into potential products for the world.”