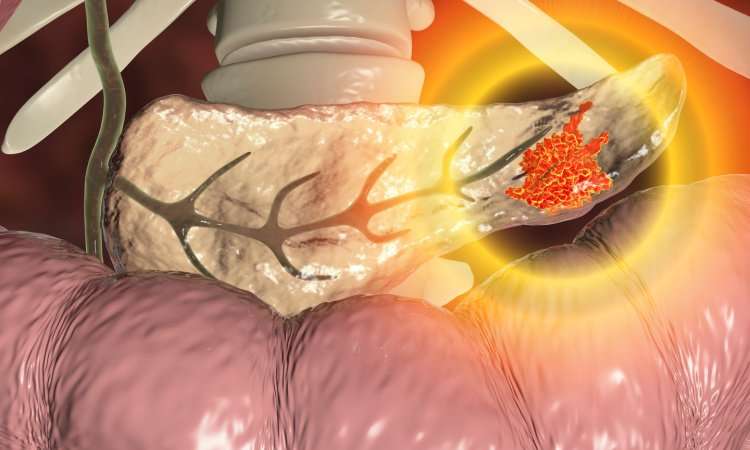 “This triple combination therapy led to an unprecedented curative response in our models,” said corresponding author Ronald DePinho, Professor of Cancer Biology. “The prevailing view has been that pancreatic cancer is impervious to immunotherapy, but this preclinical study shows that it can be vulnerable to the right combination therapy. Moreover, the presence of these targets in human pancreatic cancer specimens raises the exciting possibility that such therapeutic combinations could one day help our patients.”

Pancreatic cancer is one of the leading causes of cancer death in the United States, partially because 80% of cases are diagnosed at an advanced stage.

Pancreatic cancer is also unresponsive to commonly used anti-PD-1 and anti-CTLA-4 immune checkpoint inhibitors. This is due in part to the immunosuppressive conditions in the TIME, but the mechanisms behind this resistance are not fully understood.

Details of the study

The researchers used high-dimensional immune profiling and single-cell RNA sequencing to study how the TIME is affected by a variety of immunotherapies. They identified specific immune checkpoint proteins, 41BB and LAG, that were highly expressed in exhausted T cells.

In testing antibodies targeting these checkpoints, the researchers observed that models treated with a 41BB agonist and LAG3 antagonist in combination had slower tumour progression, higher levels of anti-tumour immunity indicators and significantly improved survival rates. Notably, these preclinical studies faithfully mirrored the human data in their lack of efficacy of anti-PD1 or anti-CTLA-4 therapy.

The researchers also confirmed these two therapeutic targets are present in human pancreatic cancer samples, with 81% and 93% of patients analysed having T cells with 41BB and LAG3 expression, respectively.

Because this dual-therapy combination did not completely eliminate established tumours, the investigators also examined efforts to reprogram the TIME to further sensitise tumours to immunotherapy.

At baseline, the TIME contained an abundance of myeloid-derived suppressor cells (MDSCs) expressing CXCR2, a protein associated with recruiting immunosuppressive cells. Inhibiting CXCR2 alone decreased MDSC migration and blocked tumour growth, but it was not curative. This prompted the investigators to consider a combination targeting 41BB, LAG3 and CXCR2.

“These are encouraging results, especially considering the lack of effective immunotherapy options in pancreatic cancer,” DePinho said. “By targeting multiple synergistic mechanisms that get in the way of the immune response, we can give T cells a fighting chance to attack these tumours. Of course, we still need to see how this combination translates into a safe and effective regimen in the clinic, and we invite other researchers to build upon these results.

“We are optimistic that pancreatic cancers, and hopefully other non-immunogenic cancers, can ultimately be rendered vulnerable to combination immunotherapy.” 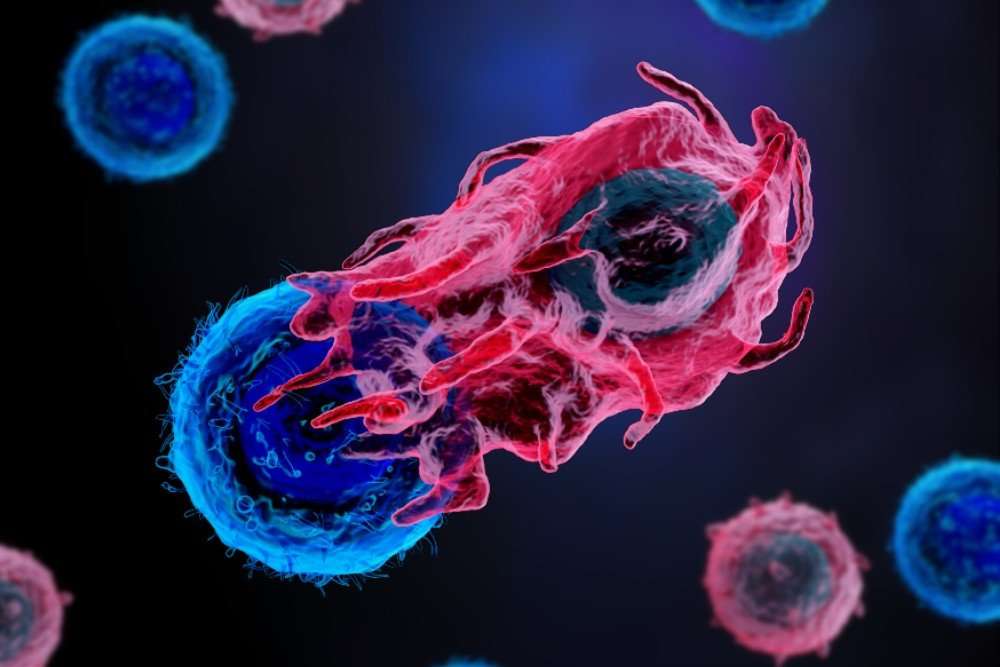