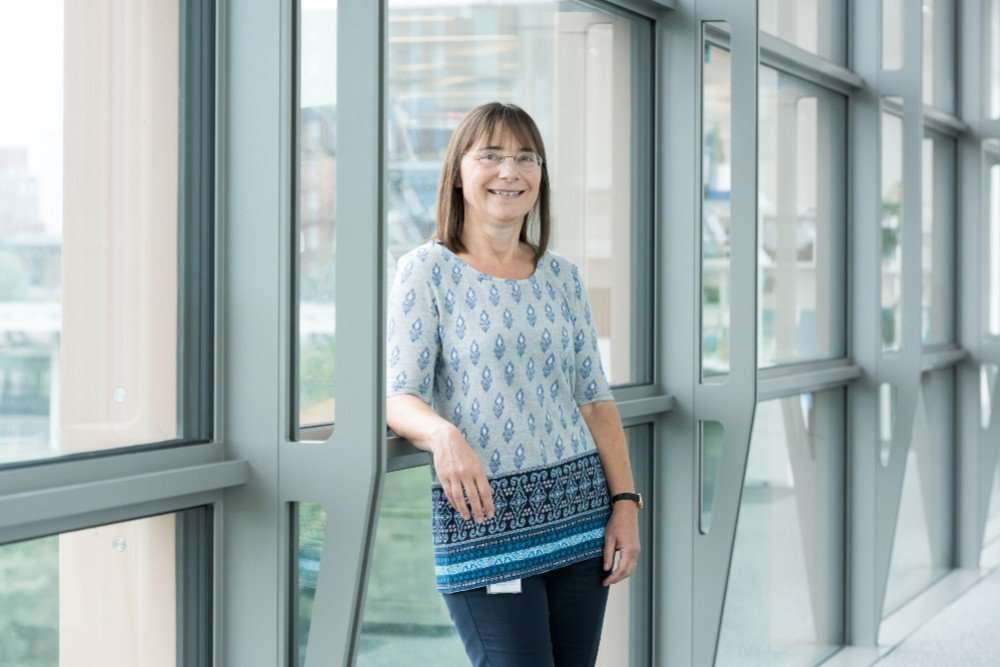 This new award celebrates a researcher who has demonstrated academic excellence and achievements in the field of cancer research and who has, through leadership or by example, furthered the advancement of women in cancer research.

Vousden, Group Leader of the p53 and Metabolism Laboratory at the Crick and chief scientist at Cancer Research UK, said: “I’m delighted to the first ever recipient of this award. It is a real honour as it recognises not only the research of my lab but also a responsibility I feel as a senior female scientist to support other women in the sector. I’m excited to continue this on both fronts.”

Vousden’s research focuses on the tumour suppressor protein p53, which plays an important role in cancer prevention. Her lab is interested in understanding the signals that induce p53 and the functions of p53 that contribute to its ability to prevent cancer progression. This work has also expanded to encompass an interest in cancer metabolism. Ultimately, the hope is to be able find ways to turn this increased understanding of tumour biology into new treatments and strategies for tackling cancer.

Following the discovery of p53 in the 1970s, Vousden’s work, spanning roles in the US and UK, has helped uncover how p53 works and how it is controlled. She spent over ten years as the Director of the CRUK Beatson Institute in Glasgow, before moving to London in 2016 to take up the role of Chief Scientist at Cancer Research UK and Group Leader at the Francis Crick Institute.

A recent example of Vousden’s work, published in Nature Communications, found that restricting the amount of serine in the diet of mice when given alongside a drug that prevents the body from making it, reduced tumour cell growth in several different models of bowel cancer.

If future work shows the limitation of serine in healthy people is possible, then it could lead to a new precision medicine approach of exploiting tumours’ dietary weaknesses as cancer treatments.

The award will be presented at the annual European Association for Cancer Research Congress in June 2021.