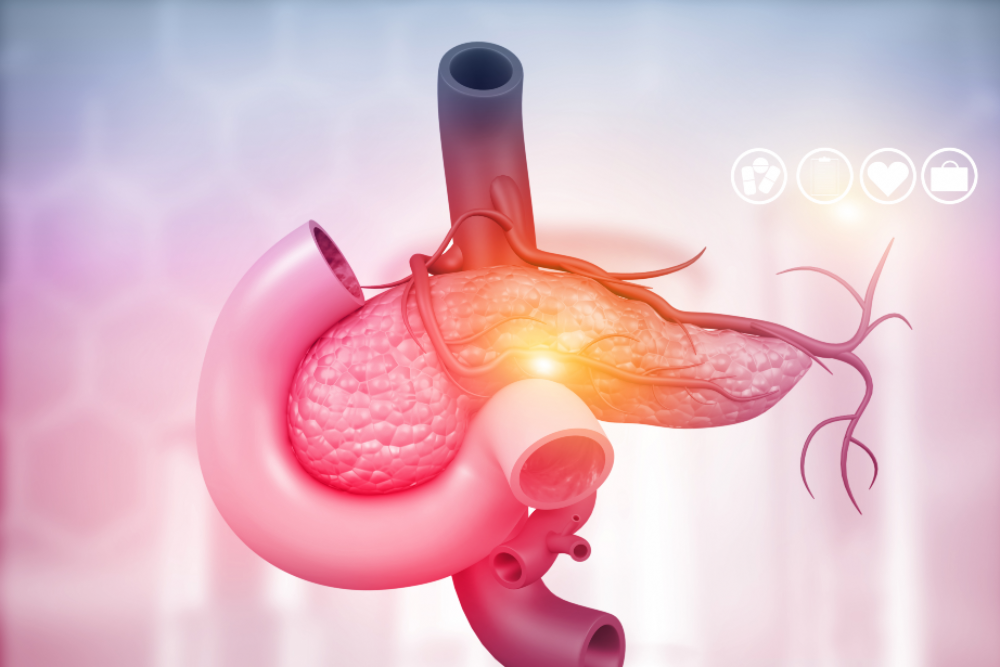 After decades of no luck, scientists have finally found a way to target the KRAS mutation – a common mutation found in several hard-to-treat cancers – according to a new study funded by Cancer Research UK and Wellcome.

By targeting two components of the KRAS signalling pathway, a new drug was much better at stopping the growth of pancreatic tumours with a KRAS mutation in mice compared to standard KRAS inhibitors, which only block one component of the pathway.

The drug, which has already shown promise in one sarcoma patient whose tumour had a KRAS mutation, will next be tested in patients with a variety of cancers in a larger Phase II clinical trial. The results are published in Annals of Oncology.

Changes to the KRAS gene, which is important in controlling cell growth, can lead to cells growing and dividing out of control to form tumours. Mutations in KRAS are found across 25% of cancers and are commonly found in several hard-to-treat cancers, including pancreatic, lung and colorectal tumours1.

Despite the prominent role of KRAS mutations in cancers and a clear need for new treatments, scientists have been working for decades trying to find ways to target this pathway. Researchers say the main issue is because current KRAS inhibitors only target one component of the signalling pathway.

Now, a team of researchers led by Professors Caroline Springer and Richard Marais at the Cancer Research UK Manchester Institute have developed a new drug called CCT3833, which blocks two pathways in the KRAS signalling pathway called RAF and SRC.

The scientists tested CCT3833 in pancreatic, colorectal and lung cancer cell lines that had KRAS gene changes, as well as pancreatic tumours in mice, and compared the new drug with other standard KRAS inhibitors2.

Results showed that CCT3833 was able to restrict the growth of the cancer cells. It was also more effective in killing the cancer cells compared with other KRAS inhibitors. This was even more apparent when using 3D spherical tumour models, or ‘mini tumours’, which bridge the environment of cells grown in the lab and tumours in the body.

The study also describes the results of an early phase clinical trial of the drug tested in 31 patients with solid tumours. Whilst primarily designed to test safety, one patient in the trial who had a KRAS-mutant tumour that was growing larger after failing to respond to standard treatment had their tumour reduce in size for 8 months after receiving CCT3833.

The team is now planning to investigate the drug in further clinical trials.

Professor Caroline Springer, director of the drug discovery unit at the Cancer Research UK Manchester Institute, said: “Faulty KRAS signalling in cancer was identified over 35 years ago and yet, we still cannot block this pathway effectively. Our new drug stops the function of two critical growth pathways in KRAS-driven cells and has shown to be more effective than current drugs that only block one part of the pathway. We now need to run broader clinical trials to see how many cancer patients could benefit from this drug.”

Professor Richard Marais, director of the Cancer Research UK Manchester Institute, said: “Cancers with a KRAS gene change have been notoriously difficult to treat. Because current drugs that target KRAS are only able to block one part of the pathway, cancer cells can easily outmanoeuvre treatments. It’s extremely encouraging to see that the impressive effects of the drug in the lab are already also showing promise in early-stage trials that include hard-to-treat cancers.”

Michelle Mitchell, chief executive of Cancer Research UK, said: “This study has built upon almost 20 years of Cancer Research UK-funded research, and shows the importance of investing in basic research in the lab, which unpicks the biology of cancer. Breakthroughs in science are all about small steps that can lead to great change, and these results have brought us closer to a potential new option for people with these difficult-to-treat cancers.”

2 KRAS inhibitors that just target the RAF or SRC component were used, and a combination of RAF and SRC inhibitors were also used.