Blocking a protein may overcome cancer resistance to PARP inhibitors 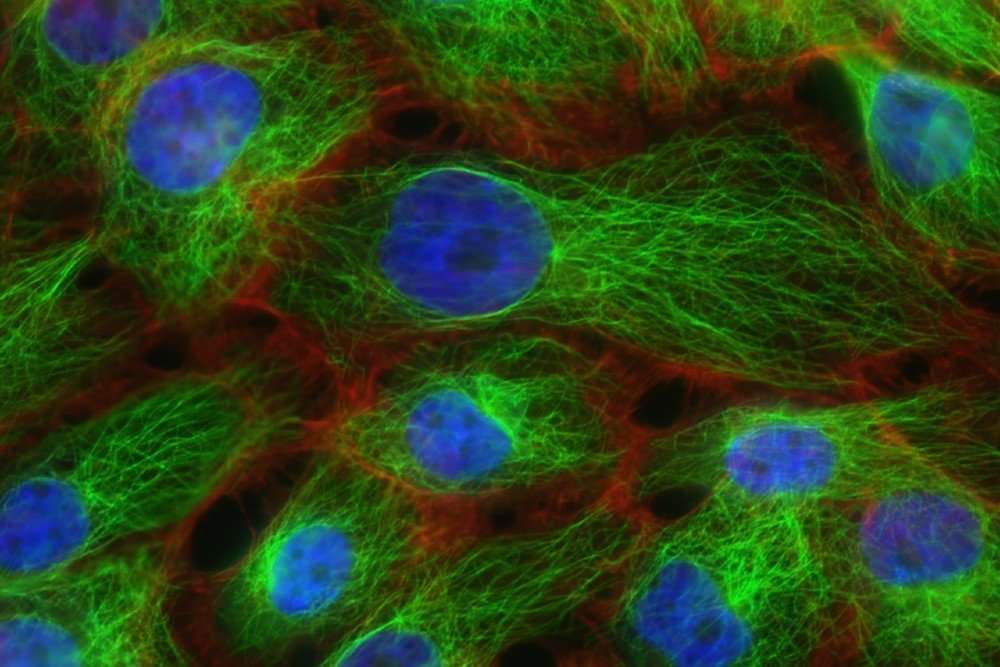 Researchers at the Francis Crick Institute have found that blocking a specific protein could increase tumour sensitivity to treatment with PARP inhibitors. Their work published in Science suggests combining treatments could lead to improved therapy for patients with inheritable breast cancers.

Some cancers, including certain breast, ovarian and prostate tumours, are caused by a fault in the BRCA1 or BRCA2 genes, which are important for DNA repair. Treatment for these cancers has greatly improved due to the discovery of PARP inhibitors, drugs which capitalise on this weakness in the cancer as they block a back-up repair mechanism. This means the cancer cells cannot repair breaks in their DNA, which stops the tumour from growing.

However, in many cases, the cancer eventually develops resistance to this treatment and the tumour starts to regrow aggressively. Finding new ways to effectively kill cancer cells before this resistance develops, or re-sensitise them to treatment, is crucial to offer patients an improved chance of survival.

In their study, the research team used human cells to screen for proteins that affect their sensitivity to PARP inhibitor drugs. They found that blocking a protein, DNPH1, sensitised BRCA-defective cancer cells to treatment with the PARP inhibitor, leading to cell death in the laboratory.

Importantly, cells that had acquired resistance to the PARP inhibitor were killed when this protein was also blocked. As the combination did not affect healthy cells, this discovery suggests that DNPH1 is a promising target for future drug development.

Stephen West, lead author and group leader of the DNA Recombination and Repair Laboratory at the Crick said: “PARP inhibitors were a great breakthrough in the treatment of certain cancers, extending the lives of many people. However, patients have to take these drugs for the rest of their lives which sadly gives most tumours time to mutate and eventually develop resistance. We want to improve treatments for these patients by finding a way to strengthen PARP inhibitors so they completely kill the cancer. While more work needs to be done, in the lab and then in clinical trials, we’ve found a really promising potential treatment combination.”

In further experiments, the researchers characterised the role of the DNPH1 protein. It acts as a ‘scavenger’, removing faulty nucleotides from the pool of nucleotides which are used to build DNA. Without this process, this nucleotide ‘junk’ is incorporated into strands of DNA. The incorporation of faulty nucleotides is the key determinant that makes the cells more susceptible to the effects of PARP inhibitors.

Kasper Fugger, lead author and postdoc in the DNA Recombination and Repair Laboratory at the Crick said: “By investigating the function of DNPH1 and finding the molecules it interacts with, we have a good understanding of how the protein works in cells. This knowledge should help us to more effectively kill cancer cells by developing an inhibitor drug, which is specific enough to be used safely in people.”

The researchers are now collaborating with pharmaceutical companies to develop an inhibitor of the DNPH1 protein which, if shown to be safe and effective in clinical trials, could be used alongside PARP inhibitors as a cancer treatment.