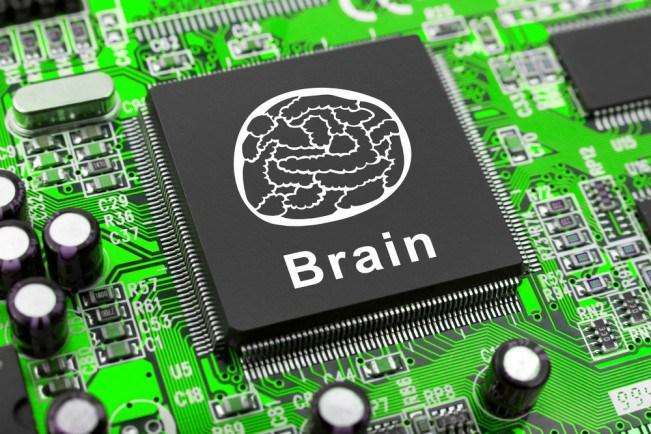 Advancements in technology, and in particular, developments in artificial intelligence (AI) are revolutionising the way that we live our lives. Up to now, we have used it to help us find the quickest route home or to search the Internet, but we now need to look much further.

As a society we face some huge challenges and I believe AI technology needs to be harnessed to solve some of these. How we maintain a healthy society, improve patient care and develop effective new medicines for diseases with high unmet need are important issues.

For example, dementia is currently the leading cause of death in the UK (1) and is part of a bigger issue of how society will adjust to greater life longevity. Increasing antimicrobial resistance is another daunting new millennial challenge – it could literally revert us back to the dark ages in terms of medicine.

AI can help by revolutionising the current drug discovery process and radically adapting the way that we find new insights about diseases. The technology can access existing research and information much more effectively to make the pharmaceutical industry more efficient in its practices. By augmenting the work of experts in this field, it can improve pharmaceutical innovation and reduce attrition.

The barriers to drug development

The exponential growth of medical information is a huge challenge for scientific research and, in turn, the development of pharmaceuticals. The average biomedical researcher is dealing with an increasingly impenetrable amount of data. For example, there are thousands of uploads to PubMed every day and the life science industry sees further new data inputted constantly from a variety of biomedical databases and journals, across the globe. But despite more information and knowledge, the R&D process in the pharmaceutical industry hasn’t really changed in over 50 years.

The sheer volume of new data is not the only problem. Scientific information often consists of messy ‘unstructured’ data, which is harder to ingest and annotate and therefore mine effectively for new information. This means it takes a long time for industry and academic researchers to access the information they need to make new hypotheses. Some industry scientists even spend their whole careers doing so, without developing a single drug in the process.

It is widely accepted that from identifying a novel molecule to getting it to market can take up to 15 years. Once researchers have completed the mammoth task of sieving through the data to identify novel linkages between targets and a disease, they then have to demonstrate that their hypothesis is a valid concept. This initially is done in in vitro, for example in cell culture models, and then in animal models of the disease.

If the hypothesis holds, researchers will undertake a programme of medicinal chemistry to look for new compounds. If drugs already exist that alter the target in the desired manner then researchers can see if it is possible to repurpose the existing drug in the new indication.

Repurposing should provide a faster route to patients since the early preclinical safety and toxicity testing and Phase I studies in volunteers will usually have been completed – together these take about two years. Of course, ultimately the hypothesis needs to be proved in patients with the disease that is being targeted. The lack of success at this Phase has led to it being called the ‘valley of death’ and for good reason as approximately 50% of compounds fail at this stage. So, with years of research invested, the chances of a drug making it all the way through to market are less than one in 10.

The industry is said to currently spend well over US $1 billion per drug (2) primarily because the cost of failed projects is also included. In any other industry these sort of statistics would not be viable and I would argue that the pharmaceutical industry in its current form is becoming increasingly unsustainable. How can we change the odds and become more successful?

How AI can transform the scientific method and, in turn, the pharmaceutical industry 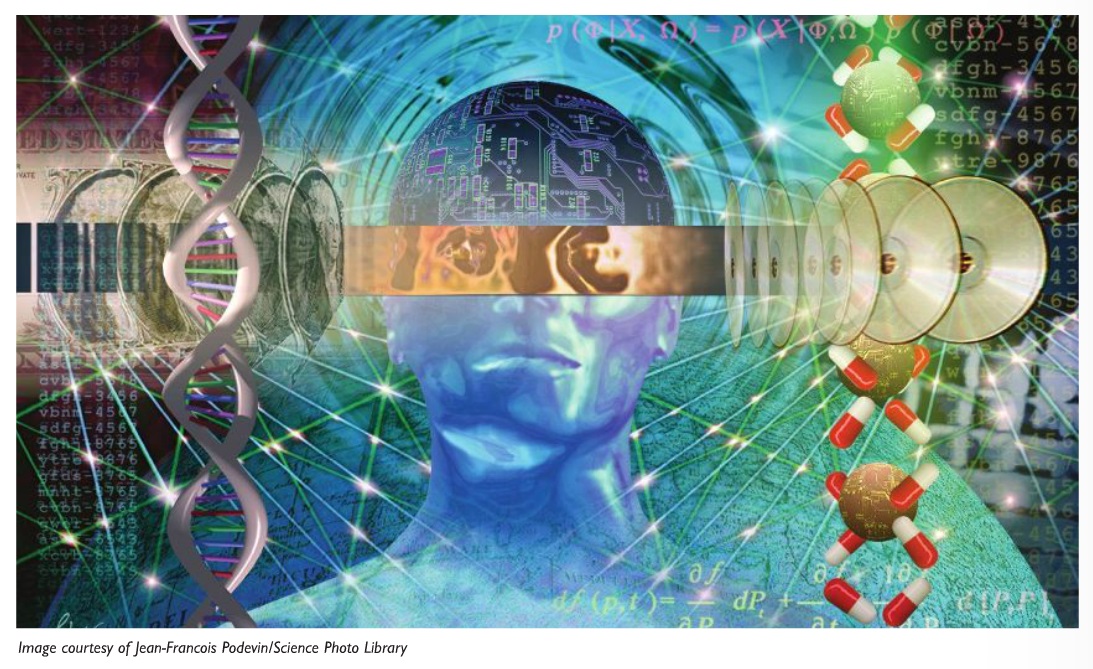 It is estimated that the average academic researcher reads 250-270 articles per year and given that over 50 million scientific articles exist worldwide (3) then no one individual could read all relevant articles in their lifetime. In addition, much information lies buried in text in articles whose titles and abstracts might not reflect that information.

Increasing the amount of evidence a researcher can access must improve their decision-making and ability to create new insights into disease. It is here that AI and machine learning technology can make a big impact by enabling the analysis of the sum of all scientific knowledge more quickly and effectively than has previously been possible. It gives researchers the ability to correlate, assimilate and connect all this data, by using cutting edge algorithms to annotate and structure the data.

This enables researchers to surface relevant information more rapidly and ask much deeper and broader questions of the scientific literature. It also allows both structured and unstructured data to be brought together in a common format.

This not only helps to speed up the process of finding novel targets, ie increasing innovation, but it can also help to choose the most important targets and therefore the hope is that this will reduce the failure rate in clinical development. Given the enormous expense of bringing a drug to market, even a two or four-fold reduction in this attrition would have a dramatic effect on the economics of drug discovery and development as a whole.

For example, at BenevolentAI, we have conducted research into Amyotrophic Lateral Sclerosis (ALS) using AI. Our AI platform is able to review billions of sentences and paragraphs from millions of scientific research papers and abstracts. Using this existing information, it has been able to link direct relationships between the data, organising it into ‘known facts’. These known facts are curated and unrealised connections are made, helping to generate a large number of possible hypotheses using a set criterion put in place by the scientists.

By using AI, we were able to generate 200 hypotheses, using a volume of data that they would have struggled to access previously. Once further assessed by our tools – in silico validation – a shorter list of 20 novel hypotheses were further explored and prioritised. Ultimately we whittled these down to five hypotheses which were then tested in an academic lab of experienced ALS researchers. This process has allowed us to explore the potential for new mechanisms for disease modification in a timescale of weeks rather than months.

There are other areas where AI and machine learning can affect the R&D process. Better ways to predict the properties of chemicals so that the numbers of compounds that have to be synthesised are reduced is clearly an opportunity. This will enable a broader chemical universe to be considered and enrich the ‘chemical palette’ available to medicinal chemists.

Mining genomic, proteomic and metabolic data for better disease biomarkers and surrogate markers of drug efficacy is another area where researchers are beginning to use AI and machine learning. For example, the time taken to analyse images of tumours in cancer or brain scans in neurological disease can be dramatically shortened. Further downstream the analysis of real world outcome data, data from wearable technologies and other sensors are also be carried out using AI and machine learning.

Predictive toxicology is still in its infancy and hopefully by harnessing the true potential of AI, companies will also be able to identify any potential safety issues with compounds much earlier. Precision medicine and better stratification of patients for clinical trials can also be aided by this new technology and this should lead to an increase in success based on better efficacy in clinical trials as the most appropriate patient population can be better selected.

Technology can’t do it all though It’s important to note, however, that AI isn’t a panacea – it can’t make these scientific breakthroughs on its own. This technology is not designed to replace scientists, and could not do so. It is there to augment the insight of the drug discovery scientists who still have to apply their knowledge to prioritise both the questions and the answers to those questions that the technology allows us to ask.

On the other hand, if we are really going to reshape how we carry out drug discovery and development, AI and machine learning have to play a central role. Whether helping create new antibiotics, or improving wellness in an ageing population, or even contributing new therapies to end the devastating effects we currently see from dementia in the UK, AI and machine learning is going to play an increasingly greater role in not just pharmaceutical R&D but all aspects of health and wellness. DDW

—
This article originally featured in the DDW Winter 2016/17 Issue
—

Professor Jackie Hunter is CEO of BenevolentBio. She has held senior positions at global pharmaceutical organisations including GlaxoSmithKline, Proximagen and OI Pharma Partners and joined BenevolentAI as CEO of BenevolentBio in 2016. Jackie has vast academic and business experience in the biomedical and pharmaceutical sectors. She directs the application of BenevolentAI’s technology for drug development and gives the company the insight it needs to operate its unique business model – one which sees it not only researching, but also developing the blueprint for new drugs.