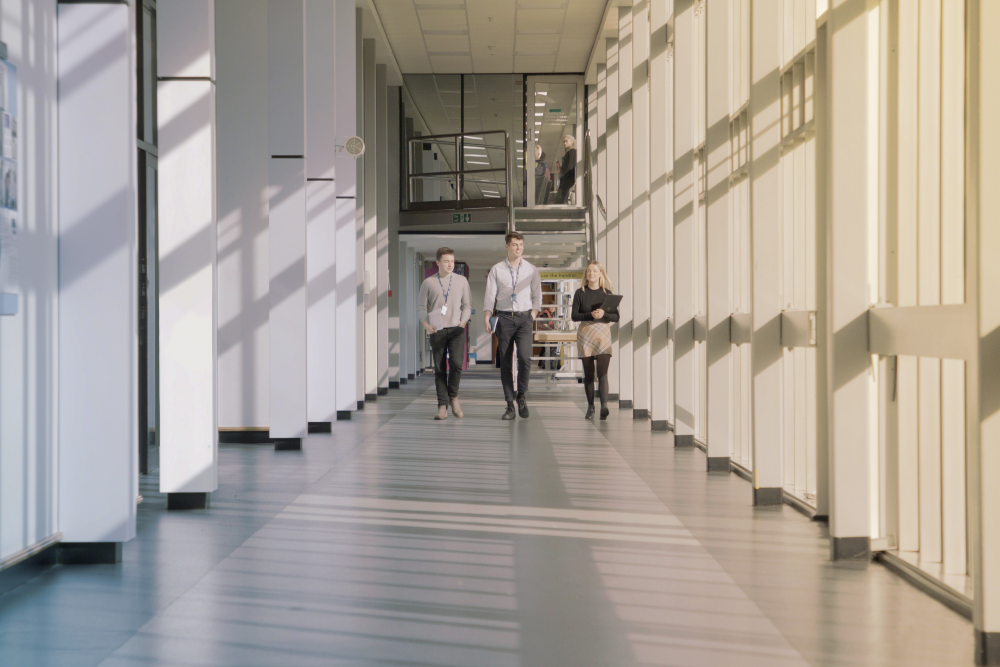 A cell is a base unit in biology where the genome is transcribed and translated into function. Our traditional understanding of cells rests heavily on studying cells in tissues as an identical population, with thousands or even millions of cells processed simultaneously in bulk. While this kind of bulk sequencing has provided countless insights into our biological systems, they often miss the greater nuances and phenotypic differences that can be observed in single cell sequencing.

Generally speaking, the genome is conserved through normal development, making identical copies of itself in every cell. However, mutations can occur in this process when a sufficient number of cell divisions leads to non-identical copies of cells existing in a larger population. This mutation, that can occur within specific genes, is the root of many disorders including cancer.

Even within a tumour, research has shown that cancer cells are not exact clones. In some cases, sub-populations of the cells may be drivers of resistances to some medicines, malignancy and other heterogeneities within the same cancer type. Single cell genomics is focused on the study of these sub-populations of cells, through the techniques that scientists have developed to isolate a single cell from a tissue sample.

Picograms of DNA or RNA make up the genetic material within our cells. A picogram is one-trillionth of a gram, or roughly the weight of a grain of sand split into 50 million pieces. Therefore, there is not enough genetic material is this miniscule piece of material to support genomic analysis. Up until recently, capturing a single cell of interest out of a tissue sample was nearly impossible.

The techniques that eventually led to the isolation and detection of genomes within a single cell began with the use of microarrays, or substrates that have many microscopic wells on them to hold only a single cell. However, it was the advent of next-generation sequence that established single cell genomics as a viable field of study.

Initial experiments were not able to process many cells and were only used to glean some general genetic information. Yet what they did reveal was the potential of the technique to revolutionize biological studies. Improvements in the accuracy and scale of single cell methods, increasing throughput and accuracy and reducing costs have all progressed the sector further.

These advancements have meant that today the ability to analyse the genome of tens of thousands of single cells is routine procedure. Currently a variety of analysis can be done on single cells, from studying their DNA, proteins and more. Yet, sequencing the whole genome of a cell still remains a challenge given the tiny amount of genetic material in each cell. On a single cell level, these sequencing errors are difficult to distinguish from a real mutation that has arisen naturally. A more recent development includes a combination of techniques to simultaneously measure more than one aspect of a single cell.

One very limiting aspect of single cell genomics is computational analyses, which are statistical and computational methods that are critical to understanding the information within the cells. Extensive data analysis in this area attempts to define the difference in cell-to-cell variation.

Additionally, the industry is still limited by reproducibility and speed given the highly manual process of extracting samples can often lead to inaccurate gene expression analysis. There is a fundamental need within the industry to process tissue and cells in a more consistent, viable and faster way. As in other areas of healthcare, automation and digital transformation will also have a significant role to play in the future of single cell genomics, as developing innovations and processes will help researchers to draw better samples.

When analysing single cells, their preparation, through dissociating tissue into the individual cells is one of the biggest sources of variation and batch effects in any study. Different tissues have different extracellular matrix composition, cellular make up, and stiffness, which all affect procedure protocol to and optimisation.

The protocols to prepare single cells typically follow the same steps: tissue dissection, mechanical mincing, enzymatic breakdown with accompanying mechanical agitation, and an optional enrichment for specific cellular processes. Each one of these steps can affect cellular expression and add variability when done manually. An optimal protocol will produce the most viable cells possible in the shortest amount of time with a minimum amount of variability between batches.

Long disaggregation times or vigorous shaking can alter gene expression, affecting any follow-on analysis. Additionally, some sub-populations of cells can be deeply embedded which can limit their representation in the screening. A quality control process is needed to eliminate cell fragments or other parts that could compromise reproducibility.

Currently, there is no standardised approach to processing cells. Advances in dissociation devices and standardisation through automation has the potential to change the way researchers handle these tissues. Automating the process can help streamline dissociation and provide more reproduceable results for single cell preparation.

Single cell genomics studies are transforming several areas of cancer research and treatments via a focus on sub-populations of cells. This can range from early detection of cancer, diagnosis and risk assessment of sub-cancer cell populations, to drug target discoveries.

Currently, detecting cancer early relies heavily on traditional imaging and biopsies. However, cells from tumors can sometimes breakoff and make their way into bodily fluids, in which they can now be detected with the help of innovations within the single cell genomics space. These samples provide a unique opportunity for single cell genomic screening methods to assess the cancer’s stage and risk of progression. This can even be helpful in diagnosing cancer early before a tumor shows up on imaging. These “liquid biopsies” hold great promise for the future of proactive cancer screening and the assessment of malignant disease progression.

Monitoring cancer disease progression is often prone to discrepancies, yet single cell genomic screening methods have been effective at profiling cancer cells in the lab. With more study, this kind of data can be used to assess the stage of progression of cancer and help guide optimal surgical or treatment decisions for individual patients.

For researchers, single cell genomics holds promise as a tool for discovering new drug targets in tumor cells. By peeling back some of the uncertainty that comes with analysis on population level of tumor biopsies and focusing on single cells within the tumor, scientists can understand and identify how resistant cells can emerge and work to find potential new drug targets.

As single cell genomics continues to transform the area of cancer research, progress within the field may accelerate new tools being deployed in hospitals to help oncologists and clinical pathologists improve the diagnosis and treatment of cancer patients.

Single cell genomics will play an increasing role in discovery science and in the clinic. The individual cellular analysis as the base unit of an organism that the sector supports continues to provide new information and insights to scientists and doctors that would previously have been impossible with large cellular analyses.

Indeed, one of the most exciting prospects for the future rests in mapping human tissue cells, including cancer. Such a map would be a uniquely useful reference for biologists and doctors to better understand what is happening for patients and more efficiently target treatments.

This future is why Cytiva continues to push towards the forefront of the genomics space, working to apply our expertise to support and advance single cell genomic projects from research through to commercialisation. Our solutions are aimed at helping customers effectively drill down to the single-cell level and provide insight into complex biological systems and diseases that will support the more effective treatment of diseases in the future. 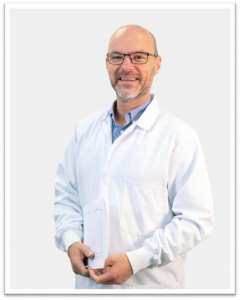 Andrew Gane is the Diagnostics Strategy & Technology Manager at Cytiva within its Genomics and Diagnostic Solutions business. He is responsible for building the innovation pipeline in collaboration with the R&D and commercial teams. His knowledge of emerging trends and new applications have been fundamental to developing the product portfolio into workflow-based solutions, with a particular focus on next-generation sequencing (NGS). 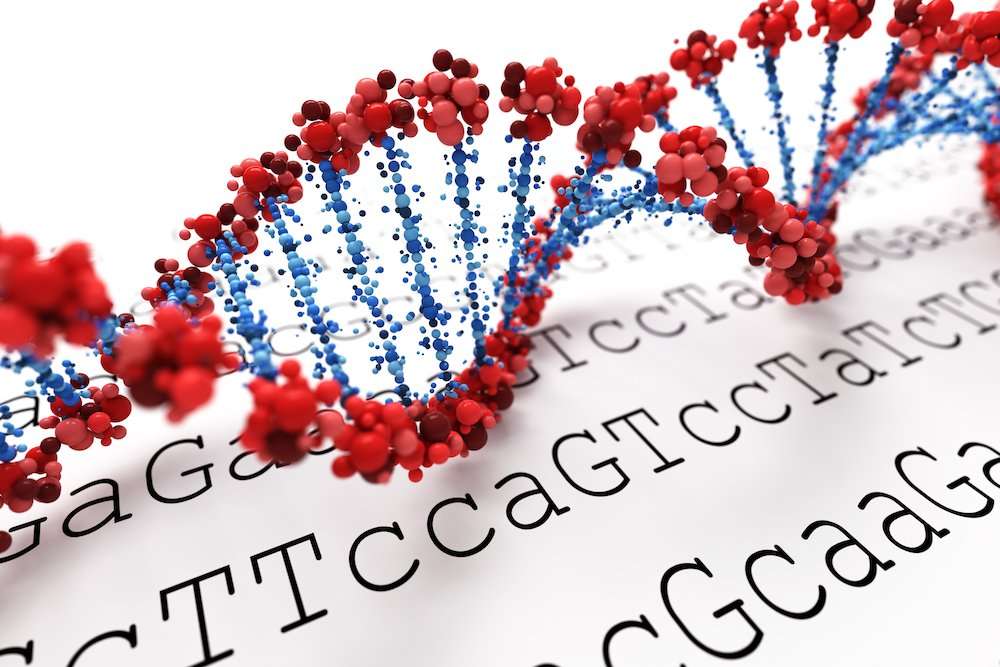 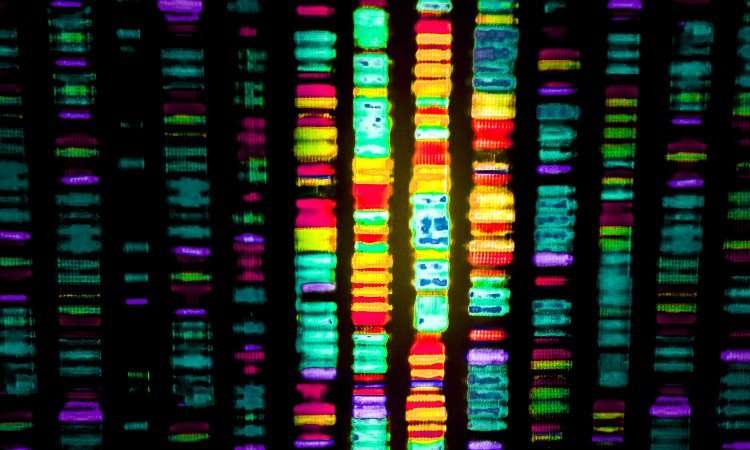