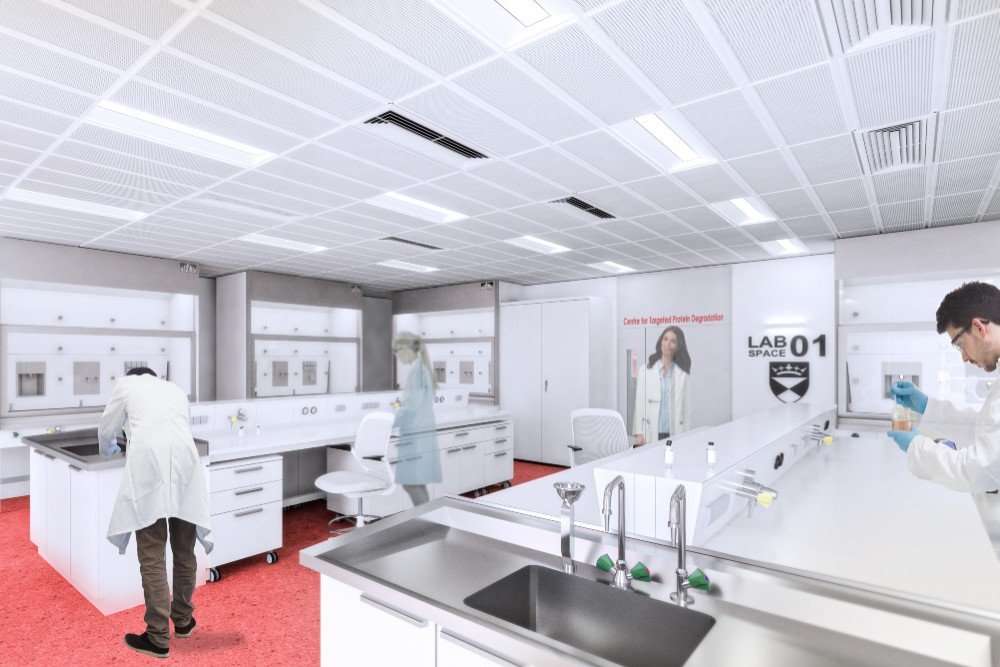 The Centre for Targeted Protein Degradation (CeTPD) will contain the latest facilities to allow Professor Alessio Ciulli and colleagues to expand their pioneering work in an area that has attracted billions of pounds of investment globally in the last five years.

The core team working on targeted protein degradation at the university will grow from around 25 currently to 50 when its labs are relocated to the new centre, with further expansion planned as work in this field of biomedical research develops.

Targeted protein degradation co-opts the cell’s natural disposal systems to remove disease-causing proteins and is applicable to diverse therapeutic areas including oncology, dermatology, immunology and respiratory diseases. As an entirely new approach, it provides hope of treating diseases previously thought to be undruggable. The first degrader drugs of these kind are advancing in clinical trials against cancer.

Professor Ciulli has revealed fundamental insights into the working of the degrader molecules that he designed and that are used across the globe. These and other discoveries have led to significant collaborations with some of the world’s largest pharmaceutical companies. Amphista Therapeutics, the university spin out he founded, received a near-£40 million investment to further its work developing new drugs for a range of diseases in March 2020.

“Targeted protein degradation is one of the most exciting areas of scientific study to have emerged in many years, one which is revolutionising drug development,” said Professor Ciulli. “We are only beginning to explore the true potential of TPD to produce next-generation therapeutics for a variety of diseases. […] Our new home will provide opportunities for growth and to capitalise on the expertise we have established here. It will help to accelerate innovation and will also attract further investment and major collaboration partners in the pharmaceutical industry.”

Promoting further commercialisation is a key aim of CeTPD, which will be sited next to the new Tay Cities Regional Innovation Hub. This facility, funded as part of the Tay Cities Deal, will bring together life sciences innovation and entrepreneurial expertise to drive high-growth company formation, providing new treatments and technologies.

The CeTPD is expected to contribute to a pipeline of spinout companies translating exceptional fundamental research into products that benefit patients across the world and underpin commercial entities.