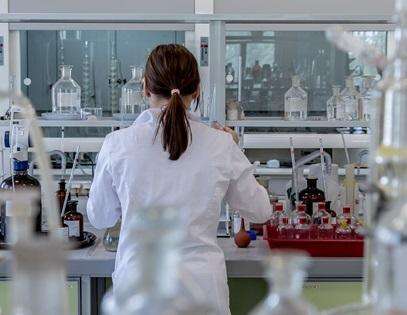 This article examines the impact on R&D staff of the current economic uncertainty, the raft of mega-mergers and the growth of the biotech sector. Senior management repeatedly comment that finding, motivating and retaining talented individuals are some of their key challenges. High calibre individuals can significantly impact the success or otherwise of a programme.

The pharmaceutical and biotech sectors have experienced dramatic changes over the past 10 years, and more surprisingly the most significant issue mentioned by senior R&D management when it comes to staff is the impact of these mega-mergers.

Uncertainty and concern about their own situation work totally against the creation of a sense of stability and creative freedom required to excel in research. Moreover the continual strategic re-evaluation of pipeline projects, which is the inevitable result of the integration activities, can be very demotivating for those whose working lives have been devoted to the development of a particular compound under threat.

Marty Reese, Head Worldwide OTC R&D for Novartis Consumer Health, comments: “One of the reasons behind merger-mania is to pool R&D resources and the fact that people are laid off can lead to disenchantment. By definition R&D projects are long term and it can be very frustrating for individuals if things are not accomplished.

“If there are constant changes it can seem like wasting time for a scientist. People become jaded and therefore less effective.”

MSD, which has historically steered clear of mergers, considers that it has seen significant benefits in terms of lack of disruption to R&D programmes and to its R&D pipeline and has enjoyed a low level of staff turnover.

For the more solid biotech companies this can be a real advantage allowing them to attract excellent experienced candidates from big pharma. Says Philip Bedford, Senior VP of Clinical Operations & Regulatory Affairs at Acambis, the UK vaccine development company: “The tables have turned with big pharma no longer the safe and secure place it once was. A biotech company with a good portfolio of product opportunities is in a very strong position to attract candidates out of big pharma.”

He adds: “There appears to be a general impression among R&D staff that the mega-mergers are not great for individuals’ careers, motivation or the overall stability of the organisation.”

A number of trends emerge when it comes to skill shortage. Perhaps unsurprisingly, given the virtual absence of animal work currently included in an undergraduate degree, there is considered to be a real shortage of people with in vivo skills, leading to a dearth of expertise in animal pharmacology and toxicology. Added to the minimal animal exposure at undergraduate level, the political sensitivities and pressures are likely to exacerbate this issue in the coming years.

Biology is more attractive than its cinderella cousin chemistry and this, too, is resulting in a lack of inspiration for graduates to pursue a career in this field.

Chemoinformatics and bioinformatics are frequently mentioned as disciplines where this is more demand than supply.

International regulatory expertise and strong international project leaders are also flagged as being in great demand.

Says Reese: “Science is always changing and all companies need to enrich their gene pool of scientists through continuous recruitment.”

One senior industry manager describes the profile of an ideal research scientist as “an extremely persistent terrier in pursuit of their ideas and as someone who is not easily deterred by any problems”. While not necessarily easy to manage, such individuals are the backbone of any research organisation. In development terms what is needed according to Reese are “people who can balance the need for rigour without taking too academic an approach. We need people who are willing to push the envelope and not be too conservative”.

A sense of urgency in development is clearly key.

The ‘Net’ and networks

So how are companies finding people? The advent of e-mail and the Internet certainly allows pharma companies to attract candidates directly by posting jobs on their own website and encouraging candidates to send their CVs directly to them. It has also had a very major impact of the amount of information candidates are able to access on companies and as a result impacts how informed they are at interview.

Use is also being made of Internet-based companies such as Monster and Jobserve with Monster now the largest global Internet career portal with nearly 20 million CVs posted worldwide. Nonetheless, most recruiters and companies alike still regard such sites as being more suitable for junior level recruitment than senior level and some object to the deluge of unsuitable CVs which can result. Many companies also put extensive efforts into recruitment fairs and consider that they now need to be much more proactive in attracting the best candidates.

For more senior positions pharmaceutical companies tend to stick to what they know. An executive search firm is usually used in order to approach candidates who may not currently be looking for a move and need encouragement to do so, to ensure a full sweep of the market has been undertaken and that candidates are objectively and rigorously assessed. So while the Internet is impacting lower-level recruitment, the more traditional search methods are used for senior roles or where skills are in very short supply.

That said, in the execution of a search, technology is playing a major role. Most business is done by e-mail. The Internet and websites are invaluable tools for researching potential candidates. Most CVs are now sent electronically and it is becoming old fashioned to receive and send them in hard copy. Gone, too, are the black books and long executive lunches. Now it is candidate tracking systems which search and retrieve information quickly to ensure efficient and tight management of a search. Technology has and will continue to impact the recruitment process but it appears to be a support for rather than a replacement for the human touch.

One of the keys to motivating staff according to Dr Thierry Nebout, Senior Consultant Medical Sciences at Servier in France, is “creating an environment conducive to peace of mind, freedom and scientific burning passion”.

He adds: “Good science and good leadership is a difficult combination to achieve. Scientists are not trained at an academic level to be leaders and companies could probably be better at training their scientists in leadership skills.”

Professor Keith Mansford, ex-R&D Director of SmithKline Beecham and now a non-executive director with a number of companies in the sector, comments on the dilemma of scientists being promoted to management positions as a reward: “Scientists shouldn’t have to move away from the science to be able to enjoy the benefits of achievement and seniority.

The skills involved in management are very different to the scientific prowess they have demonstrated. Management, and project management in particular, is more about integration, networks and teamwork rather than the intense scientific curiosity of the scientist’s role. More could and should be done to establish separate but equally valued career ladders.”

He adds that one of the other challenges especially in biotech companies is that the skill set required to run research discovery is very different from development and, although the role is usually held by one person, it is questionable whether one person has the requisite background to straddle both effectively.

There are many challenges facing the pharmaceutical and biotech sectors. New technology means significant changes to working practices and greater pressures are on the companies to deliver blockbuster products and with them shareholder value. Talented staff will remain core to companies achieving this. The dilemma for the companies is whether, in their drive for the synergies from mergers, they paralyse the effectiveness of their R&D operations. There can be no doubt that the uncertainty has a significant impact on efficiency and coupled with ongoing changes can have a very negative impact on morale.

This article originally featured in the DDW Winter 2002 Issue

Sue Harris is Managing Director of Andersen Piquet, an international executive search firm specialising in the life sciences and healthcare sectors. She has extensive international general management experience within the pharmaceutical and consumer health sectors.