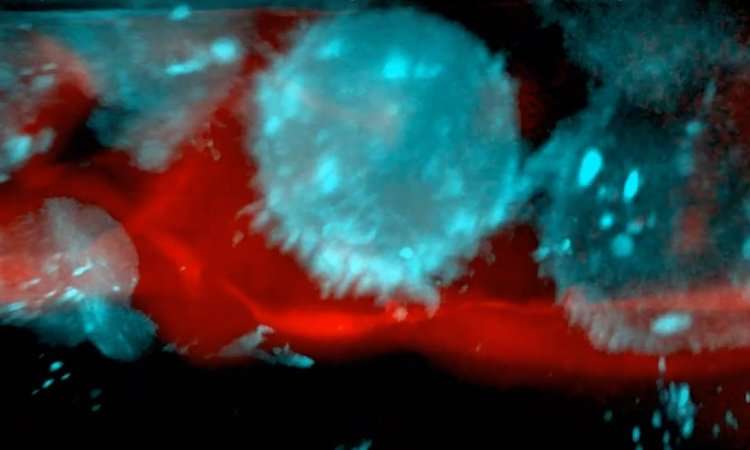 Scientists have discovered a type of breast cancer cell that is highly efficient in invading and colonising distant organs and slow their growth once there to evade therapies.

This phenomenon then leads to later metastatic breast cancer in patients who have been cancer-free for years.

According to a study published in Cell Reports, the breast cancer cells regulate their own metastases by fuelling dissemination from the original tumour and determining routes to invade distant organs like the lungs.

This type of cell is found in in triple negative breast tumours and have a hallmark slowed production of a protein called srGAP1, which is usually attributed to cancer growth.

Scientists also found in animal models that these unique cells slow and stop their own growth, keeping them in a dormant state in distant organs such as the lungs. Staying in this ‘sleepy’ state allows these cells to evade therapies that target the normal rapid cell growth of cancer cells, fuelling later metastases.

“Our findings emphasise the importance of considering phenotypic changes that could occur when treating cancer cells with therapeutic strategies that target proliferating cells such as chemotherapy,” said Jose Javier Bravo-Cordero, PhD, Associate Professor of Medicine (Hematology and Medical Oncology) at The Tisch Cancer Institute at Mount Sinai.

“Our studies suggest that more selective therapeutic strategies combining treatments against both dividing cells and invasive dormant cells may be necessary to prevent metastatic disease.”

To conduct the study, researchers used high-resolution in vivo imaging to visualise the steps of tumour cell extravasation – via regulation of the proteins srGAP1 and TGFβ2.

The microscopy studies revealed that these cells enter a dormant state after invading the lungs by secreting the protein TGFβ2. They also showed that interfering with that protein can block tumour cell invasion into the lungs.

Partners who contributed to this work include Stonybrook University, University of Illinois at Chicago, Janelia Research Campus at Howard Hughes Medical Institute and University of California at Berkeley.