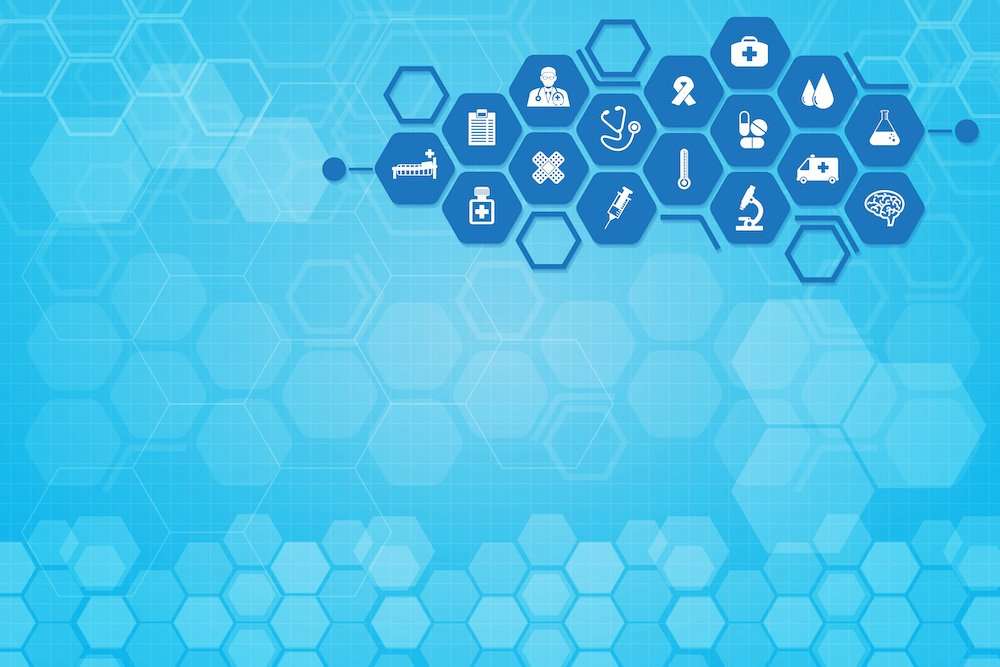 Jeremy Simpson is a keynote speaker for SLAS Europe 2022 and shares with Megan Thomas what excites him about this year’s programme and what he hopes the conference will cover, including approaches for standardisation in 3D cell models and new applications of data science.

Simpson describes his set up as having two jobs at the same time. First, he is serving as the Dean of Science for the science faculty in UCD, which involves providing leadership to almost 300 faculty members and 4,500 students across seven schools. Essentially, the role involves providing oversight of all of their teaching and research activities that are going on, as well as contributing to leadership of the university. Second, Simpson runs the UCD Cell Screening Laboratory. His research group there has its own research programme focused on diseases of the endomembrane system and strategies to improve therapeutic delivery into cells. His lab also supports a number of other researchers and collaborators who are interested in using high content analysis technologies for solving problems in the life sciences.

The SLAS Europe 2022 tracks include Emerging Biology, Emerging Technologies and Perspectives on the European Life Sciences Ecosystem. Simpson thinks these themes are ‘really timely’. He says: “I think they intertwine together nicely and they are going tog ive the conference really good flavour. These themes should give the conference attendees a good sense of how fundamental molecular cell biology knowledge can be exploited.” Ultimately, Simpson thinks the themes will take delegates on a journey to delivering a product, from the basic science and biology that underpins everything that life science and medicine stands for, all the way up to questions such as,‘What do we need to do with the medicines we have? What is themarketplace for them?’

Simpson looks forward to the Emerging Biology track. He says: “It’s going to be really interesting, because while our molecular understanding of how cells work is at an exciting time in general, I think we are on the brink of being able to take that knowledge and exploit it in many new ways, and potentially to develop many new therapeutics based on that knowledge. It’s all about linking the fundamental biology that we do in a lab like my own, but then asking how you can exploit Emerging Biology that information and knowledge that you have gained to deliver a biomedical device or a therapeutic product, for instance. So, the Emerging Biology section is really important, because that’s the seed of where the future therapeutic interventions will come from. It’s great to see that within the conference.”

Simpson thinks Emerging Technologies can go in lots of directions. From his perspective running a tech heavy lab, he relies on technology to advance the fundamental cell biology that they do. He said: “The thing that I am expecting to see at the conference is the emergence of lots of new interesting cell models and technology to exploit them.For instance, 3D cell biology is becoming incredibly popular for many applications, but at the same time there are lots of challenges associated with them. I think they’re exciting because we’ve now got the opportunity to start to understand how different constellations of cells work together and to be able to model tissues, organs and the tumour microenvironment. We are now able to work withs uch models in a controlled laboratory environment, with significantly reduced need for animals at these early stages of therapeutic development.” Simpson looks forward to what this technology will look like in the next five years, commenting that five years ago, it was still ’emerging’ in the context of screening. He thinks we’ve come a long way in that time and hopes that this particular theme will give us a glimpse of what these models will look like in the future. He says: “That’s a really exciting part of the technology. Aside from the wider tech of doing the experiments – which, for my lab, we’re always excited by– I think the technology around some of these cell systems and diseas emodels will be a high point.”

Simpson thinks the EU Drug Ecosystem is a particularly relevant topic and that conversations like these help bridge the gap between academia and industry. He says: “There’s excellence in both places, but there is sometimes a divide between the two.” He is pleased to see conversations addressing what the drug ecosystem looks like at the moment, and thinks it leads to questions such as: What are academic groups doing in that space? What is industry doing in that space? How can the two work together to more effectively and efficiently, identify, develop and test new therapeutics, ultimately bringing them to the marketplace faster?

Speaking on behalf of a very large international university, Simpson says they have had to embrace remote working and teaching, and all the other activities that universities engage in, making the situation work for them as best they could. There are, he says, advantages in terms how research teams have been able to bring people together from all over the world in a virtual ‘room’ at short notice, have a conversation and continue to advance a project. That said, drawing on experience from his 25-30 years as a researcher, Simpson thinks research is still best conceived face-to-face over a coffee– and more often than not, serendipitously. He explains: “I think those encounters have not been easy to replicate in the online world in the same way as they would at an in-person meeting. However, it’s important to say that as a community, we need to take the lessons that we’ve learned from the last couple of years and take the best bits out of what the technology can offer us. “I’m so excited – in fact my whole research group is so excited – to be able to have a meeting like this, not only just here in Dublin locally, but to have this meeting face-to-face. I think one of the benefits of this kind of meeting in particular is that there’s an exhibition, bringing together technology providers with academic researchers and industry. This provides that more holistic experience that you simply don’t get in the online environment. “However, accessibility is a point that shouldn’t be missed too. People can’t always afford to travel or don’t have the time to travel all over the world for various meetings and events. So hybrid arrangements can facilitate extra contributions from people who can’t physically attend. On balance, I do think there are more benefits to the in-person event.”

The value of SLAS

On the value of organisations such as SLAS, Simpson says: “As a cell biology/screening lab, technology development is really important to us. Actually, we couldn’t do our work without the technology platforms in the lab, and I think many labs are increasingly like that. So, where the SLAS meeting is really quite unique is that it brings together fundamental cell biology – the mechanics of how cells work and the molecular basis of disease, with technology, automation and robotics. Hopefully, we’ll also see a lot on computational tools, informatics and AI and how they can contribute. “Again, what is unique about SLAS is that it brings together academia and industry. We share a lot of technology platforms, but we often use those technology platforms in different ways. So, this meeting is a little different from many oft he kinds of conferences that people would attend, because of this blending.”

Simpson is interested whether conversations around standardisation of new cell culture models will happen at the meeting. He clarifies that he does not necessarily mean standardisation in the way that we produce them and grow them in the lab, but rather that there is no standardisation around how we analyse them -and they can be analysed in lots of different ways. He says: “Thinking about some of the key technologies that SLAS embraces – high content imaging, high content analysis, for example – these are all about extracting the information from the single cell. We’re talking about using really complex 3D cellular models with lots of different cell types, each potentially doing different things. Yet, what we want to do is extract that detailed information about certain molecules of interest or from a drug that’s been delivered into one of these cells.We then need to think about how that impacts not only that cell, but perhaps the effect on that entire model. There’s no standardisation around this, regardless of whether we’re talking about toxicity, drug delivery, efficacy etc.” Simpson uses the example of RNA interference. He explains that around 20 years ago, when RNAi first emerged as a new technology to address basic questions in biology and we began thinking about it in a therapeutic context, there was no standardisation around how it was used in the lab, particularly in a screening context. He said: “Now, there is a lot more standardisation around that, such as the number and type of controls, replicates, how gene knockdown is assessed etc. Those kinds of details eventually emerge when a new technology becomes more mainstream.The question is, whether standardised practices around analysis of 3D cell models will emerge here.”

A final thought from Simpson is the notion of data science and how it infiltrates into so many other discipline areas. He says: “This is something I’m really interested in, perhaps because in my faculty dean role I am able to see how data science is now being embraced across so many areas of science. It is not just, and maybe it never was, a niche set of tools used by mathematicians and statisticians. In fact, data science can be exploited by biologists, chemists, and so many different researchers in different fields, to really mine and analyse data from experiments in innovative ways. For me, that’s something to look out for. How big is data science in this conference? How can we extract more from the experiments that we have done already? I’m really curious to see that.”

After post-doctoral work at the Scripps Research Institute and the ICRF (now Cancer Research UK), Jeremy Simpson was awarded a long term EMBO fellowship allowing him to move to the European Molecular Biology Laboratory (EMBL) in Heidelberg. At EMBL, he worked developing and applying novel high-throughput imaging approaches. In 2008, he was appointed Full Professor of Cell Biology at University College Dublin. His lab applies high-throughput imaging technologies in 3D cell models to study disease and drug delivery. 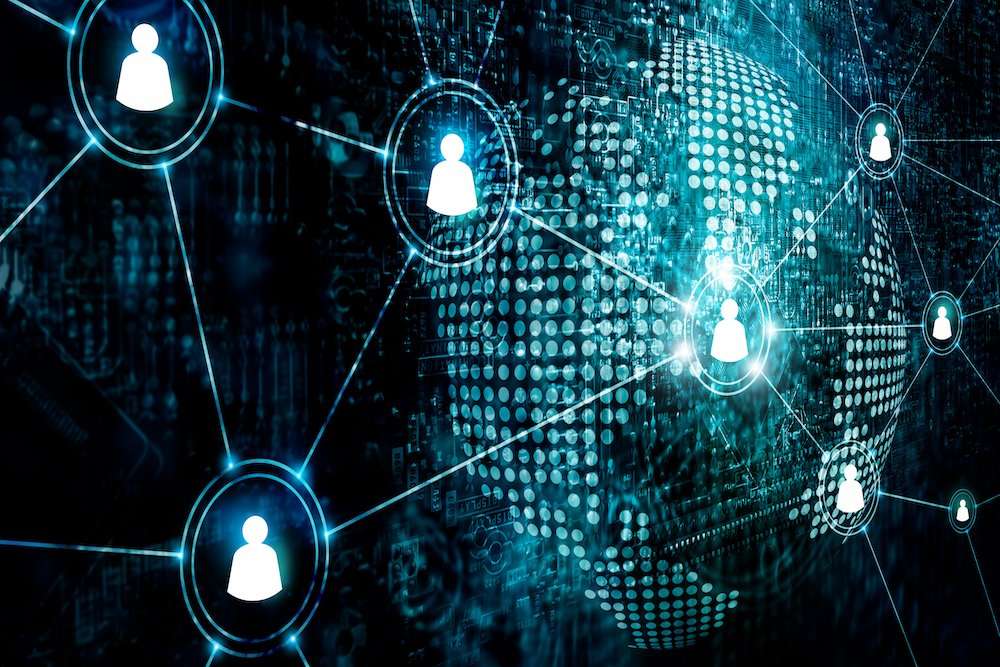