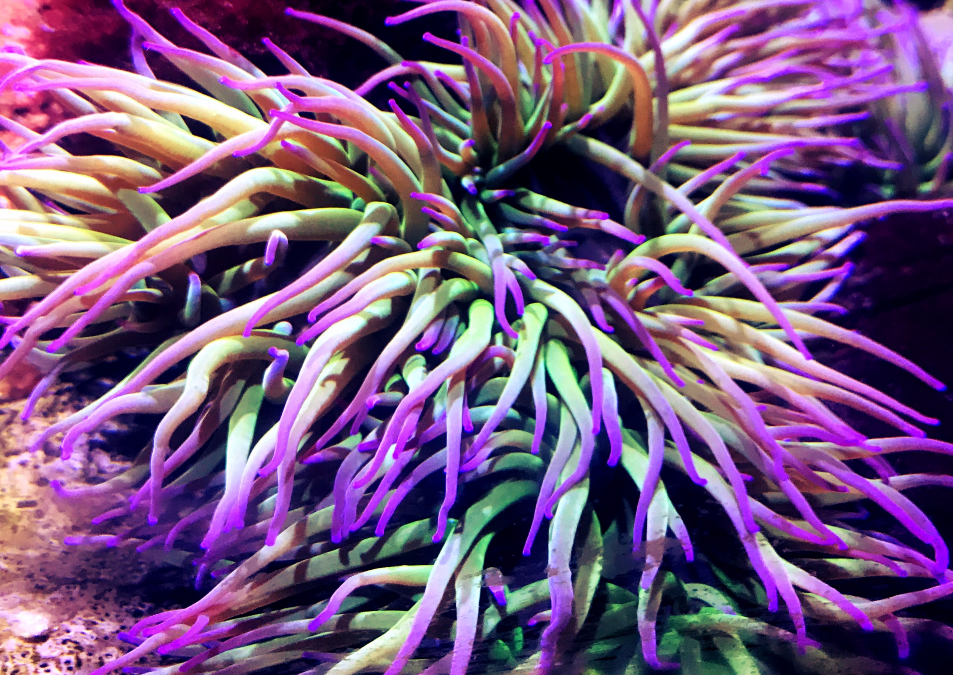 Researchers based in Brazil and the US have completed the first-ever mapping exercise to profile the toxins produced by tube-dwelling anemones, or cerianthids, a family of marine animals belonging to the same phylum (Cnidaria) as sea anemones, jellyfish and corals. The analysis revealed that the toxins that can act on the nervous system, cardiovascular system, and cell walls, among other functions, paving the way to the discovery of novel medications.

“Tube anemones and sea anemones were assigned to the same family for a long time, but since 2014 our group has shown that aside from external anatomy they’re very different. They display distinct forms of behavior, lifecycle, and other traits. We assumed the toxins they produce must also be different,” said Sérgio Stampar, a professor in São Paulo State University’s School of Sciences and Letters (FCL-UNESP) at Assis, Brazil, and Principal Investigator for the study, which is published in the journal Marine Drugs.

The research was supported by FAPESP via funding for three projects (15/24408-4, 19/03552-0 and 17/50028-0), and was conducted in collaboration with scientists affiliated with the University of Kansas, the University of North Carolina at Charlotte and Florida Southern College.

The researchers took samples of the animals’ tentacles and extracted the RNA, which they then sequenced. They used bioinformatics software to classify most of what was transcribed, which they grouped into families of toxins. The analysis showed that 525 genes were associated with these substances.

The toxins belong to families also found in jellyfish, whose venoms burn humans and can even kill them. In addition, because anemones’ tentacles are part of their digestive system, the researchers expected to find similar compounds in both groups.

More than substances used in digestion, however, tube anemones produce neurotoxins and other substances that affect the bloodstream and destroy cell walls, as is typical of toxins used to kill prey and defend against predators.

“Curiously enough, there are no reports of accidents involving these animals,” Stampar said. “I’ve handled them without gloves a few times and never been stung. We don’t yet know why humans aren’t affected by their toxic arsenal.”

Isarachnanthus nocturnus, a species found in Brazil, was found to secrete toxins similar to those of the Australian box jellyfish (Chironex fleckeri), whose venom can be lethal to humans and forms pores in cell walls. Stampar’s group recently sequenced the mitochondrial genome of I. nocturnus, the largest of any animal sequenced to date (read more at: agencia.fapesp.br/30727).

One of the possible explanations for the diversity of toxins in the species is that its larval stage, which lasts about four months, is much longer than those of other tube anemones, which drift for two or three days in the water column before settling on the seabed. Like corals, tube anemones and sea anemones spend most of their lives attached to the ocean floor. I. nocturnus may have developed more effective defences than other species because it interacts a great deal with predators.

Hemostatic and hemorrhagic toxins were the most diverse in all four species. One of the toxins found belongs to the same family as the toxins produced by venomous reptiles and resembles the venom of the Komodo dragon (Varanus komodoensis), which uses it to kill mammals larger than itself.

Toxins that alter circulation offer potential for use in drugs to treat cardiovascular problems. Captopril, widely used to treat high blood pressure, is derived from the venom of the jararaca pit viper (Bothrops jararaca), for example.

The researchers also found innate immunity toxins and protease inhibitors, which belong to the family used in antiretroviral drugs against HIV, for example.

“It’s important to bear in mind that marine organisms have been around far longer than humans and have a much more elaborate chemical arsenal,” Stampar said. “As they evolved, they refined their defences against viruses, bacteria, and even tumours. Isolating these substances could be well worth our while.”

One of the toxins the researchers identified is being tested on breast cancer cells by Karina Alves de Toledo, another professor at FCL-UNESP. Preliminary results have been promising and suggest the compound can kill cancer cells without damaging healthy cells.

Prospecting marine biodiversity for molecules is now one of the most promising branches of biotechnology. The global market for such products is projected to be worth USD 6.4 billion in 2025. Redemsivir, an antiviral drug used against Ebola and recently approved to treat COVID-19 patients in the United States, for example, is made from a substance found in sea sponges; a complete course of treatment can cost between USD 2,000 and USD 3,000 in the US.

In another study, reported in an article published in Records of the Australian Museum, Stampar and collaborators based in Australia and New Zealand described three new species of tube anemones found in the region and a fourth found in Antarctica. The latter, Pachycerianthus antarcticus, is the southernmost species known to science. This distinction previously pertained to a tube anemone that is native to Argentina and has also been described by Stampar’s group.

The Australian species Ceriantheopsis microbotanica is one of the smallest described to date. It is about 5 cm long, compared with 30-40 cm for the rest. It is native to the shallow waters of Botany Bay in Sydney.

“The material resulted from a dredging operation to extend the airport and had been stored in the museum for several years,” Stampar said. “I thought the first specimens I analysed must be juveniles but realized they were adults when I examined their sexual structures. This may be an adaptation to the uninvitingly dark water.”

Stampar conducted the study while working as a visiting researcher at the Australian Museum on a project funded by FAPESP. Later a New Zealander contacted him to request help with descriptions of two local species. One, Pachycerianthus fiordlandensis, is common enough to be photographed frequently by divers yet had not been described by scientists. The other, Ceriantheopsis zealandiaensis, was described on the basis of two specimens collected in New Zealander region of Fiordland. There are currently 57 species of tube anemone.