The personal touch: the scientist making an impact in cancer research 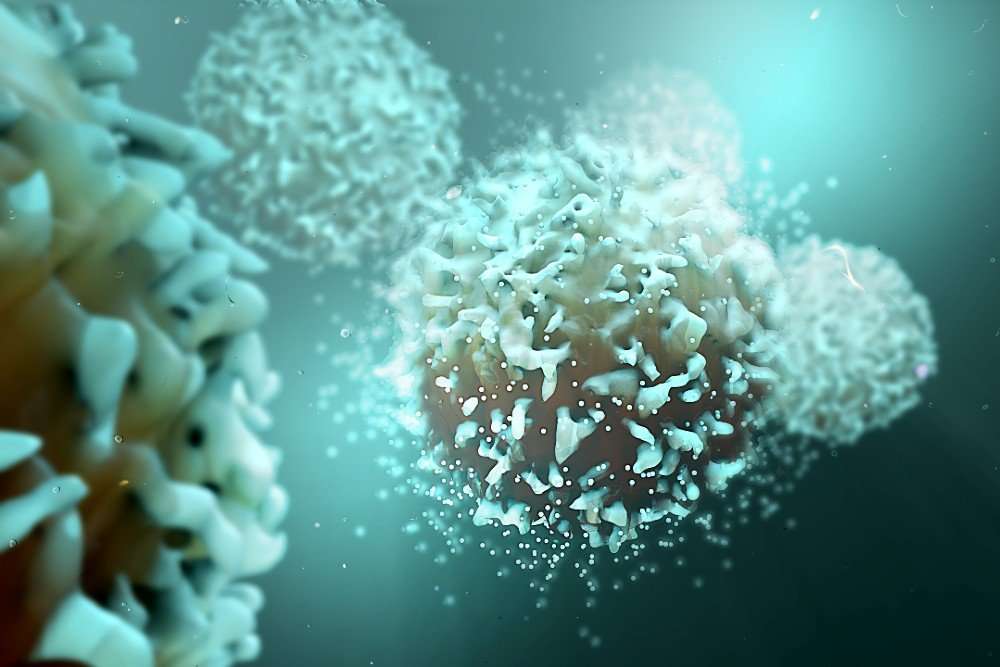 Hiscox clearly has immense respect for Adaptimmune – its innovation and its focus on designing and delivering cell therapies to treat cancer. He earned his Ph.D at the University of Southampton and demonstrates a passion for developing cell therapy treatments for cancer at Adaptimmune. He explains why he is confident about this company’s work, what made him leave academia and what appealed about Adaptimmune.

“Growing up, I always had a fascination with how things worked. As I got older, that curiosity was matched by my passion to get more hands-on. My Ph.D studies focused on lipoyl synthase, a member of the radical SAM superfamily of enzymes. More broadly, my Ph.D was very much about increasing the knowledge of how things work but did not necessarily have any known applications,” he says.

Finishing his Ph.D, Hiscox wanted to do something that had a direct impact on the world. “I knew that I wanted to move into industry where the science I was doing could be immediately applied. When I discovered Adaptimmune, the idea of working in oncology research was attractive as during my Ph.D my aunt had passed away from leukaemia. That was horrible and of course, it had some level of impact. For me, there was that personal link, that I could take pride in my work and I was going to help people. That was a good reason to join the company.”

Hiscox is fulfilled at Adaptimmune and puts that down to the people and science. “I work with such talented, supportive people who do amazing science that really is making an impact in the world.” The company’s current technology, which is in clinical trials, enables the engineering of T-cells to target and subsequently destroy cancer across several solid tumours. T-cells are one of the ‘killers’ of the immune system so arming them to destroy cancer makes sense. They have a receptor on their surface, the T-cell receptor (TCR), that surveys cells in the body to determine if they are ‘bad actors’. In turn, body cells present fragments of proteins on their surface in molecules called human leukocyte antigens (HLA).

“The TCR can survey all the proteins expressed by a cell in the context of HLA. This way, a T-cell can ‘see’ if a cell is expressing normal proteins or proteins associated with viruses or other pathogens. If the T-cell sees a ‘bad actor’– it kills the target cell,” Hiscox explains. “Our current therapies are autologous – we harvest a patient’s own T-cells, before introducing the engineered TCR into their cells, which are then multiplied before being sent to be reinfused to the patient, so these engineered cells can fight cancer.”

In ongoing trials with its three TCR T-cell therapies, the company has seen responses across several solid tumours. “On May 19, 2019, we announced the first data from our Phase II trial, SPEARHEAD-1 at the ASCO annual meeting demonstrating an overall response rate of 39.3% (13 patients out of 33), 41.4% (12/29) for synovial sarcoma, and 25.0% (1/4) for MRCLS. These results will support BLA filing next year,” he reveals.

Cell therapies that use TCRs are limited to specific HLA- types as the TCR binds to the protein of interest, the cancer target in this case, and the HLA itself. HLA types vary between individuals, like blood types, and TCR T-cell therapies are limited to certain HLAs. To overcome this limitation, Hiscox and his colleagues developed a TCR that binds to protein targets without the need for HLAs. These are HLA-independent TCRs or HiTs. He adds: “Recently at ASGCT, we shared the first preclinical data from a HiT that we developed to target a protein associated with several cancers called mesothelin. These data demonstrate antigen-specific tumour killing in vitro and show complete tumour regression in an animal model.”

One attempt to overcome the limitation of the CAR’s reliance on artificial signalling domains is T cell receptor fusion constructs (TRuCs). “TRuCs fuse an antibody binding domain to the TCR:CD3 complex enabling the use of the natural T-cell receptor signalling pathway,” he says.

Any cell therapy that uses antibodies, though, can be limited by properties of the antibody. “Antibodies bind very tightly and almost irreversibly to their targets, whereas TCRs do not. TCRS have more of an ‘on/off’ binding kinetic,” Hiscox says. “Because of their high binding affinity, antibodies can be inhibited by free proteins. So, if there is a soluble form of the target in the tumour microenvironment or the blood stream, the antibody fragment will bind to this soluble form and not dissociate. We showed at ASGCT that our HiT against mesothelin was not inhibited by free mesothelin, but a TRuC was. This is another reason we think HiTs could be potentially advantageous, because many tumour targets, like mesothelin, are both bound to the cell surface as well as secreted.”

Adaptimmune is about innovation and the company is working hard achieve this. Hiscox elaborates: “There are lots of challenges with innovating. Not all the ideas we have work and often you won’t know that until you do some experiments to find out. If you can do the experiment to determine if you are on the right track, do it as early as possible. If you succeed, that’s great. But if you fail, you fail fast and can move onto the next idea. That said, we do not encourage our teams to test, test and test 24 hours a day.”

Adaptimmune encourages teams to step away, breathe, take a break, and really think about the bigger picture rather than just the individual goal of that one experiment. “At the end of the day, scientists are not supermen and women. We have this goal to cure cancer, but if you’re thinking about it 24 hours a day, you’re going to burn out.”

Thinking about his Ph.D, Hiscox admits he was working for ages trying to synthesise a compound. “I spent days racking my brain, trying to find a solution until I just downed tools one day and had a break. I did some reading, played my guitar and it popped into my head. I found a new synthetic group and made the compound in a day. Even now, some of my best ideas come to me when I am not even thinking about work.”

Adaptimmune is innovating for a future without cancer. “In the research side of the company, we are always looking to understand our cell therapies. If we can better understand how they function, we can better modify them for activity or safety. This involves lots of feedback from our translational science team.”

In the early research labs, the company tries new things. “Sometimes this can be as simple as discovering new ways to increase our throughput. The more searching for new TCRs or testing more mutants during optimisation the more likely we are to find the best TCR or HiT rapidly,” he reveals.

Sometimes take bigger steps are taken. “We ask ourselves if can we find a whole new way of doing things or a new assay that gives us better information. I’m lucky to be surrounded by good scientists; there are always new ideas being floated around. Cancer is not a single disease. It’s going to take time to treat these different conditions. I’m confident that our work is already impacting patient lives through our clinical trials. In the next 10, 20, 30 years, this will grow as our therapeutic portfolio broadens to more targets, more HLA types and we put our learnings into designing additional and stronger products.”

Adpatimmune’s technology platforms are primarily used in its own research. It is working with leading cancer centres to conduct trials and advance the knowledge of cell therapy for solid tumours. “We have also recently announced a partnership with CCIT, an academic TIL centre, to advance next generation TIL research. We will also continue to present data from our various platforms and therapies, such as the HiT data we presented at ASGCT, at medical and scientific congresses and in peer-reviewed publications,” says Hiscox.

Looking ahead, making cell therapies available to more patients will be key. “Alongside other companies, we are developing our allogeneic platform. It will make possible treating patients without the need for apheresis, a process through which a patient’s cells are harvested, and bespoke manufacturing, which will allow patients access to treatment more rapidly and will reduce the variability of the autologous cell therapies, given that each therapy stems from an individual patient’s cells,” Hiscox reveals. “We need to understand why, in cancers where survival has improved significantly, some patients do not respond to current treatments.”

Official figures from Cancer Research UK showed that more than 150,000 people a year were dying in the UK. “But the kicker was that their research also showed that 38% of cancer cases were preventable. Until we fix those figures, there will continue to be unmet areas of need”. 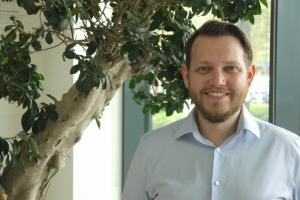 Martyn Hiscox, Ph.D is Principal Scientist in the phage display group at Adaptimmune and oversees the scientific leadership and management of pipeline activities. Dr Hiscox joined Adaptimmune in 2013 upon the completion of his MChem and Ph.D in chemistry from University of Southampton. His Ph.D. focused on the study of lipoyl synthase, a member of the radical SAM superfamily of enzymes. 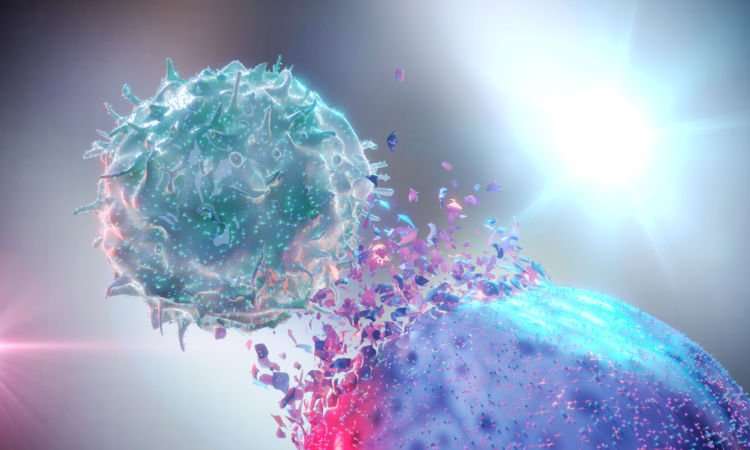