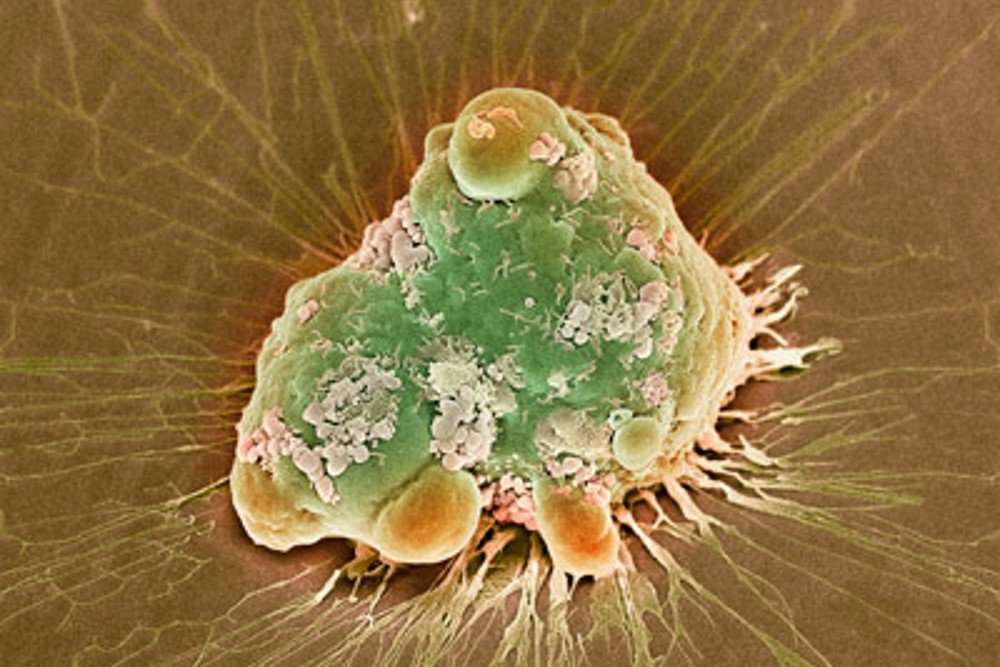 A RIKEN-led team has developed a new way to treat cancer that has fewer side effects than conventional drugs, which results from a targeted method for killing tumour cells in mice1. Reportedly, the novel therapeutic triggers the self-destruct programme of cancer cells by delivering a masked peptide and a catalyst to their surfaces.

Kyohei Muguruma of Tokyo Institute of Technology, a member of Katsunori Tanaka’s team at the RIKEN Cluster for Pioneering Research explains that cancer is one of the top causes of human death, and some cancers cannot be cured by current therapies. He said: “To boost the chances of curing the disease, we’re working on developing new methods for treating cancer.”

In an earlier study, the team had synthesised a linear peptide with a C-terminal propargyl ester tail. Tanaka said: “This peptide was toxic to tumour cells in the presence of a gold catalyst”.

When activated by gold, the peptide attached to the cell membrane and triggered apoptosis, a form of programmed cell suicide. The team showed that they could selectively deliver the gold catalyst to the surface of cancer cells by wrapping it in a human serum albumin protein that had been decorated with cancer-targeting cyclic RGD molecules. When the peptide was introduced to the gold-tagged cancer cells, it reacted with the catalyst to initiate apoptosis in these cells. The team named the approach selective cell tagging (SeCT) therapy.

In the present study, the team enhanced SeCT therapy by making two tweaks: using ruthenium as the catalyst instead of gold and slightly modifying the peptide used.

These changes gave superior results. “This approach yielded a much stronger therapeutic effect at a lower dosing frequency and total dose than gold-catalyzed SeCT therapy,” Tanaka said. “This is due to the higher reactivity of the ruthenium-catalysed reaction and the lower toxicity of the ruthenium complex.”

A single injection of the ruthenium-based SeCT therapeutic into mice inhibited tumor growth and prolonged the survival rate. The study is the first successful example of in vivo application of a ruthenium catalyst.

The approach has the advantage of flexibility since each of the three components of SeCT therapy—the catalyst, reactive substrate, and metal carrier—can be adjusted. “SeCT therapy should be applicable to not only tumor treatment with high target specificity, but also to other diseases, including those with unmet medical needs,” Tanaka said.

The team is now planning to develop novel catalytic systems and metal carriers to further improve the therapeutic efficacy of their SeCT strategy.