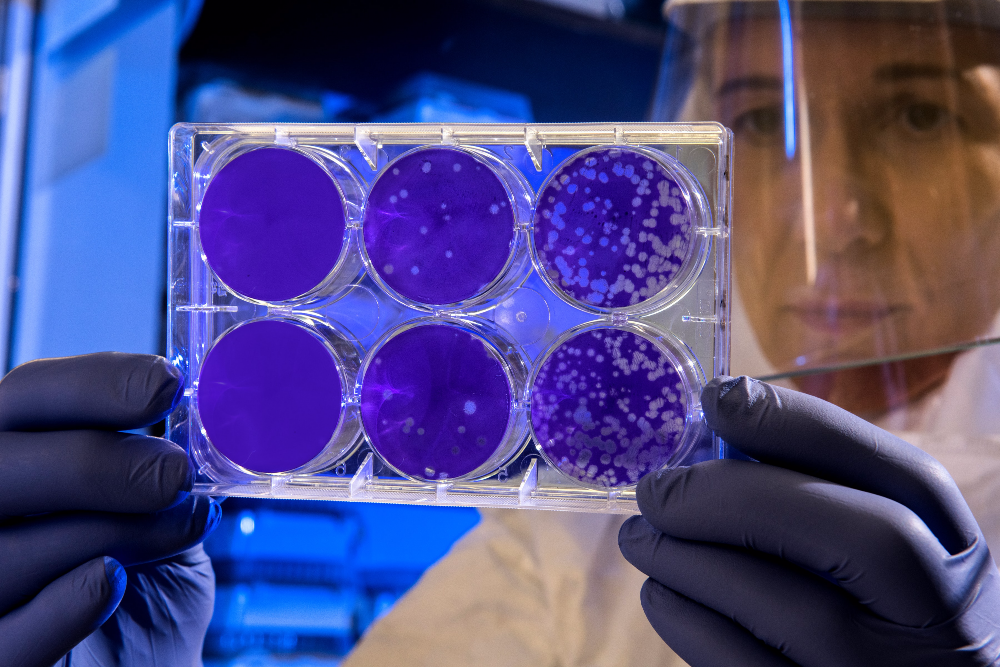 Researchers from the Universities of Melbourne, York, Warwick and Oxford have shed light on how encapsulated viruses like hepatitis B, dengue and SARS-CoV-2 hijack the protein manufacturing and distribution pathways in the cell. They have also identified a potential broad spectrum anti-viral drug target to stop them in their tracks.

The findings have been published in PNAS and are important to efforts to develop broad-spectrum antiviral agents.

Professor Spencer Williams from the School of Chemistry at Bio21 said the research will help define a new ‘host-directed’ approach for treating infections by encapsulated viruses.

“One approach to treating viral infections is to make a new drug for each virus that comes along. But it is slow. An alternative and attractive approach is to make a drug against a human target that viruses need to replicate. The same drug can then be used and reused against many different viruses, even ones that have yet to emerge,” he said.

The findings result from work by Professor Gideon Davies and his UK team who clarified how the structure of the catalytic domain of human enzyme that trims sugar molecules from proteins during their production and Professor Williams’ and his Bio21 team, who developed a series of inhibitors to block the enzyme.

When tested in human cell lines, these inhibitors where shown to reduce infection in dengue viruses.

Our body’s cells contain around 42 million protein molecules. Protein production is a complex, multi-step process within the cell. Like products on a factory assembly-line, all proteins pass through ‘quality control’ check points where they are inspected before they are transported to their destination, to carry out their functions.

They come to life when they enter a living cell and hijack the protein production systems. Viruses use the cell’s machinery to copy their DNA or RNA (in the case of SARS-CoV2, it’s RNA) and to produce the proteins they need to make copies of themselves.

The viral proteins produced in an infected cell undergo the ‘glycosylation’ and then pass through the quality control steps, which involves ‘trimming’ by an enzyme called ‘MANEA’.

“Trimming is a crucial quality control step and when it does not occur, client proteins are marked for degradation. MANEA represents a key target for broad spectrum drug development against encapsulated viruses, as inhibitors will trigger destruction of their proteins,” said Professor Davies.

Because viruses hijack this unusual biosynthetic pathway, it makes it a good potential drug target.

Researchers at the University of Warwick and University of Oxford studied the effect of the best inhibitors on viral replication.