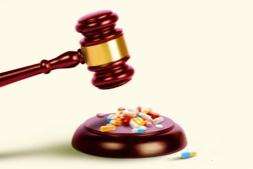 Global law firm PGMBM has welcomed the publication of an independent report into the safety and side-effects of treatments recommended and administered by the British healthcare industry.

After a two-year study, the Independent Medicines and Medical Devices Safety (IMMDS) review was published by Baroness Cumberlege and entitled First Do No Harm.

The report details the history of Primodos, a hormone pregnancy test drug; Sodium Valproate, an anti-epilepsy drug, and vaginal mesh used to support weakened pelvic organs and repair damaged tissue. It sets forth the various ways the regulators and professional bodies, pharmaceutical and device manufacturers and policymakers, the NHS and private providers have failed in their responsibility to provide adequate, honest and forthright care.

Primodos was prescribed as a pregnancy test between 1958 and 1978 before evidence suggested the drug caused severe birth abnormalities. For more than fifty years, the affected families sought justice while the drug manufacturers and governing bodies ignored their requests for answers. Today’s IMMDS Review is a forward step in the ongoing fight for restitution, says PGMBM.

“I applaud Baroness Cumberlege and her team for producing such a comprehensive, thorough review with wide reaching recommendations,” said Lisa Lunt, Head of Medical Product Liability at PGMBM. “We are committed to doing everything in our power to make sure those responsible for pain and suffering caused are held to account. This is not just about compensation for the victims; this has been a fight for recognition and redress for people who have suffered heartbreak for decades.”

Baroness Cumberlege, addressing the findings of the review, was scathing in her criticism of a British healthcare industry she blamed for the “heart-wrenching stories of acute suffering and families fractured” that she and her team encountered during the review process.

“We have found that the healthcare system…. is disjointed, siloed, unresponsive and defensive,” she said. “It does not adequately recognise that patients are its raison d’être. It has failed to listen to their concerns and when, belatedly, it has decided to act it has too often moved glacially. Indeed, over these two years we have found ourselves in the position of recommending, encouraging, and urging the system to take action that should have been taken long ago.”

PGMBM partner Harris Pogust has handled similar cases against the pharmaceutical industry throughout the past 20 years. He says a system that failed to recognise and then correct its mistakes at the earliest opportunity has left victims feeling abandoned. The IMMDS review proposes those who suffered should be paid for the cost of services not available free of charge, including travel to medical appointments and respite breaks. It also recommends emergency payments for patients forced to stop working because of care responsibilities.

“Patients have the right to be fully informed of all the risks associated with medical procedures they contemplate having as well as drugs they are prescribed.  Without full disclosure patients are denied their fundamental right to have the information they need to make fully informed choices,” Pogust said. “It is a shame but many times the risks associated with a medical device or drug are discovered through the litigation process instead of being voluntarily disclosed by the drug manufacturer.  Patients should not be tasked with finding the evidence which the pharmaceutical industry was well aware of and tried to hide from public view.  These acts have resulted in avoidable excruciating pain and suffering for countless individuals.”