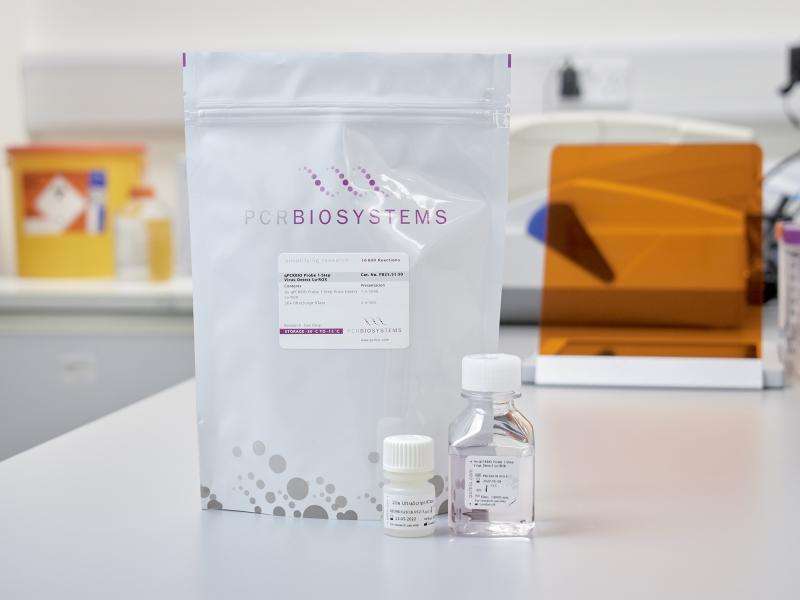 PCR Biosystems said the new kit, which marks the latest addition to its specialised RT-qPCR offering, enables users to add more sample to their reactions to boost analytical sensitivity, even when working with small volume reactions. According to the company, the new qPCRBIO Probe 1-Step Virus Detect kit has been validated for qualitative detection of the SARS-CoV-2 nucleic acid using Germany’s Charité primer-probe sequences, targeting the RdRp and E genes, as well as the U.S. Centers for Disease Control and Prevention recommended sequences, targeting specific regions of the N gene. The kit is said to be ideally suited to high-throughput testing of Covid-19 clinical samples, either with laboratory developed assays or as a component of diagnostic testing kits.

According to PCR Biosystems, the qPCRBIO Probe 1-Step Virus Detect has been developed with its UltraScript Reverse Transcriptase enzyme, hence, benefiting users with fast and efficient cDNA synthesis over a wide range of reaction temperatures. Reverse transcription can be performed in only five minutes and at temperatures up to 55ºC, enhancing the detection of difficult viral RNA sequences. The PCR step is powered by PCRBIO HS Taq DNA Polymerase, which employs antibody-mediated hot start technology for specific amplification of virus-derived cDNA, with improved tolerance to the common PCR inhibitors found in clinical samples. Combined with a specially formulated buffer system developed using smart screen technology, PCR Biosystems claims the qPCRBIO Probe 1-Step Virus Detect gives accurate and ultra-sensitive RT-qPCR over a broad range of template concentrations. The kit is multiplex-compatible and can be used with all qPCR instruments. It was developed for use with a variety of probe technologies, including TaqMan, Scorpions and molecular beacon probes.