Is new thinking the key to unlocking Alzheimer’s treatment? 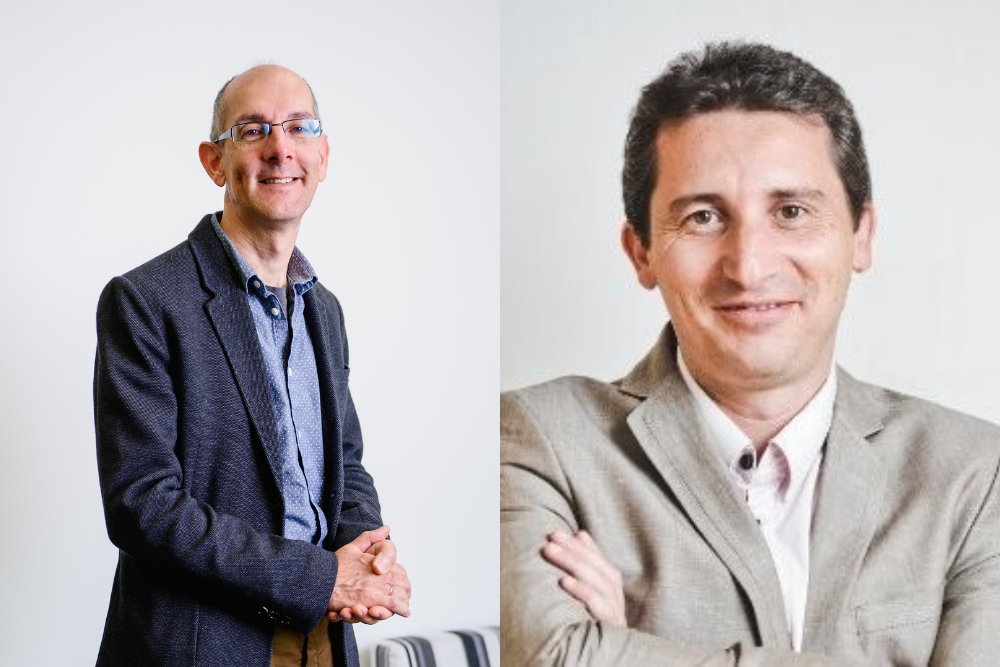 Alzheimer’s disease (AD) is an irreversible degenerative disease of the brain that causes disruptions in memory, cognition, personality, and other neurologic functions that eventually lead to death. It is estimated that there are over 55 million people living with AD worldwide, and by 2050, this number is projected to rise to nearly 139 million.1

AD was named after Dr Alois Alzheimer, who in 1906 reported a “peculiar severe disease process of the cerebral cortex”2. His report noted distinctive plaques and neurofibrillary tangles in the brain histology, which are now considered as the fundamental neuropathological hallmarks of AD.

In recent years, researchers have made tremendous progress in understanding the pathophysiology of AD; however, due to the multifactorial nature of the disease, developing effective drugs to slow or halt disease progression has proved challenging. “Our understanding of AD is still, even with great strides, very limited,” said Professor Paul Whiting, Chief Scientific Officer of The Alzheimer’s Research UK UCL Drug Discovery Institute (ARUK UCL DDI). “The challenge is that the vast majority of AD (so called sporadic, or late onset AD) isn’t caused by a single gene – it’s caused by multiple genes, each of which makes a small but important contribution to the risk of developing AD.”

He adds that environmental and lifestyle factors, such as diet, exercise, and smoking, may also have an impact. “It is likely a complex interaction between genetics and lifestyle that contribute to this multifactorial condition.” An additional challenge is that AD is a progressive disease – it develops slowly and manifests itself in older age. “That adds to the complexity because it is not an acute disease, it is a chronic disease that develops over decades,” he said.

While the specific causes of AD are still not fully understood, it is characterised by intracellular aggregates of hyperphosphorylated tau protein and extracellular plaque deposits of the β-amyloid peptide. These two pathological hallmarks of disease have been extensively investigated since Dr Alzheimer described them in the early 1900’s. Indeed, advances in brain imaging technologies have allowed scientists to visualise the development and spread of abnormal amyloid and tau proteins in the brain, as well as changes in brain structure and function.

Researchers working to develop therapies for AD have until recently largely focused their attention on targeting β-amyloid. Along with the recent accelerated approval of a β-amyloid-directed antibody for the treatment of AD by the FDA,3 several therapeutic pipelines still exist that are directed against β-amyloid. However, tau has received more interest in recent years, in part because of the failure and debate surrounding various β-amyloid-targeting treatments in clinical trials. “It’s led some people, but not everyone, to say that β-amyloid may not be as important as we first thought it was,” said Professor Whiting. Furthermore, with the familiarisation of accelerated approvals of emergency use biologics, such as the mRNA vaccines to counter the global Covid-19 pandemic, some are debating the transferability of this process because it is based upon the drug’s effect on a surrogate endpoint — an endpoint that reflects the effect of the drug on an important aspect of the disease — where the drug’s effect on the surrogate endpoint is expected, but not established, to predict clinical benefit. “For AD this idea is proving controversial, in terms of whether for instance reduction of β-amyloid predicts clinical benefit to patients,” noted Professor Whiting.

One area that has propelled our understanding of AD is human genetics; specifically, genome-wide association studies (GWAS) which associate specific genetic variations with particular diseases. “These studies have clearly indicated that genetics plays an enormous role in the risk of getting AD,” confirmed Professor Whiting. “Our ability to dissect the genetics of patients at a much larger scale is going to be a key aspect to our understanding of the disease. There are numerous risk genes that we are identifying, and they are pointing us to different molecular components of the disease, which we previously didn’t know about.” One gene of particular interest is an isoform of the apolipoprotein E (APOE) gene, APOE ε4, which conveys an increased risk for developing AD. However, carrying the ε4 allele does not necessarily mean that a person will develop the disease, and many people who develop Alzheimer’s aren’t carriers.

Rare variants of triggering receptor expressed on myeloid cells-2 (TREM2) have also been shown to strongly increase the risk of developing AD, an area which is of particular interest to Stephane Martinez, Life Science Technology Platform Leader at PerkinElmer. TREM2 is a transmembrane receptor found on microglial cells in the central nervous system (CNS). Microglial cells fulfill different tasks within the CNS, mainly related to immune response and homeostasis maintenance. Activation of TREM2 modulates microglial cell function in ways that we are now beginning to understand, including their inflammatory state.  “We have found certain mutations in TREM2 that can contribute to the risk of getting the disease, such as R47H,” said Martinez. “Over disease progression, we also see shedding of the TREM2 receptor, which can sometimes be identified in CSF. This means it could potentially be used as a biomarker for the identification of patients before the clinical events appear. However, we still don’t know if modulation of this pathway could be an effective avenue for therapeutic development, though there is a lot of interest in exploring this”

Professor Whiting agrees, noting that some companies are already focusing their efforts on the TREM2 pathway. “Some groups are taking the approach of activating this pathway with antibodies directed to the TREM2 receptor, thereby stimulating certain components of microglial function,” he said. “There are also downstream molecules in the microglia that modulate this pathway. Human genetics has pointed us to these, and there’s quite a lot of interest and activity in not only modulating TREM2, but also modulating other parts of that signaling pathway.”

Another avenue that is gaining attention is the role of astrocytes in AD. Astrocytes, the most abundant glial cells in the mammalian brain (~30%), represent a heterogeneous population of cells which play a key role in maintenance of homeostatic balance and participate in processes such as neurotransmitter uptake and recycling, inflammation, modulation of synaptic activity, and maintenance of blood-brain barrier (BBB) integrity. Changes in astrocyte function have been observed in the brains of individuals with AD; specifically, they have been seen to become hyperactive and reactive. “We believe that this hyperactivity leads to increased activity of neurons in the brain, which can then result in cognitive impairment symptomatically,” explained Professor Whiting. “It can also enhance the neurodegenerative process because neuronal hyperexcitability contributes to the generation of β-amyloid, and also to the spread of tau.” He adds that a recently published study suggests that astrocytes appear to release toxic long-chain fatty acids, which subsequently cause neuronal dysfunction.4 “The mechanism by which they do thiscould be related to the risk gene we discussed earlier, APOE ε4. It circles back to the idea that if there is a way of normalising astrocyte function, and we could get them back to a more homeostatic state, this could have a significant effect on disease progression.”

Research has also identified that the BBB starts to become dysfunctional and break down in patients with AD, resulting in increased deposits in the brain of blood proteins suchas fibrinogen and potentially exacerbating neuroinflammation and disease processes. “There is a great deal of effort going into further understanding this and exploring what therapeutic approaches we can take to either prevent this BBB breakdown or repair it to prevent this leakiness,” said Professor Whiting.

With respect to technologies, Professor Whiting believes our continued ability to develop sensitive screening approaches is going to fast-track our understanding of AD. “Increasing our ability to miniaturise assays, and to screen even more compounds, is an important step to developing a new therapy,” he said. In addition, the utilisation of induced pluripotent stem cells (iPSC) to generate neural cell types, 2D co-cultures of different neural cell types, and 3D brain organoids, has been a significant development in the field. “iPSCs are proving very helpful in terms of a cell model to help us understand AD in a humanised system,” he said. “We can derive iPSCs from patients who have mutations in genes that we know contribute to the disease, for example TREM2, and we can ask functional questions around what that mutation does. We can also test potential drugs in these models to see if they do anything that may be therapeutically useful.”

While 2D co-cultures are allowing us to ask questions around how cell types change when they are able to interact with each other, Professor Whiting believes that the future lies in complex organoid structures. “These are going to be increasingly important and useful tools for understanding disease and testing potential therapies,” he predicts. However, he notes that these technologies are not without their challenges. “3D organoids are complicated; it is more of a bespoke technology and it has not been widely used before. It’s also expensive, challenging to do reproducibly, and certainly challenging to do at scale. One needs to be thoughtful, pragmatic, and realistic as to what any new technology can bring to your research – nothing is the universal panacea.”

The Future of Therapies

Finally, Professor Whiting believes the next frontier for neurodegenerative diseases is neurogenetic and cellular therapies. “Neurogenetic therapies are already being attempted, for example antisense oligonucleotides are already in clinical trials for neurodegenerative diseases,” he said. “I think using CRISPR technology with viral delivery to specifically correct gene function will also be tested in the next decade.” Beyond that, he predicts that cell-based therapies are going to be more challenging, especially for diseases such as Alzheimer’s. “For instance, we know that replacing a dying neuron with a new neuron and getting it wired up in the same way is going to be hugely challenging,” he said. However, he thinks the field will move forward iteratively in small steps towards these types of novel therapies.

In terms of new therapies for AD, Professor Whiting predicts that we’re not going to find a magic bullet any time soon. “Alzheimer’s disease is probably going to require multiple different approaches to slow the progression of the disease,” he said. However, he emphasises that the speed at which the field’s understanding of the disease is moving, and the increasing investments across the world in research into neurodegenerative diseases, are beginning to pay off significantly. “I’m excited to see what’s to come.” 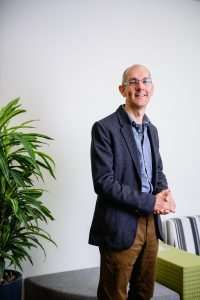 Professor Paul Whiting is Chief Scientific Officer at the Alzheimer’s Research UK Drug Discovery Institute at UCL, located within the Queen Square Institute of Neurology. Prior to that he worked at Merck Sharp & Dohme and Pfizer, with a focus on neuroscience drug discovery and development. He has published over 200 research papers. 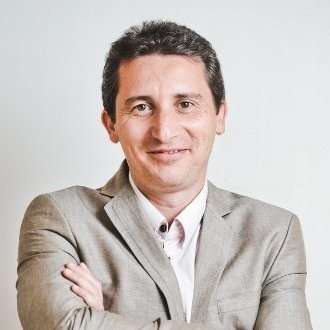 Stephane Martinez is a product manager at PerkinElmer in the Life Sciences Technology Platforms department and his expertise is neurodegenerative disease. Stephane holds a M.S.E in biochemistry and immunotechnology and has 20 years’ experience in managing breakthrough innovations applied to preclinical studies and drug screening.