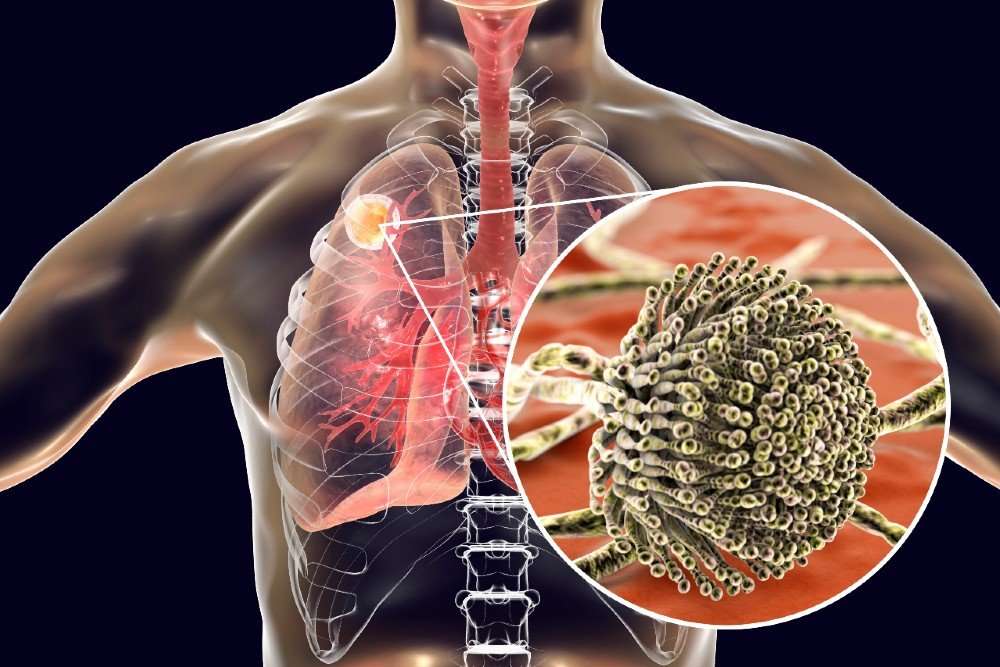 Treatment for fungal lung infections could be more efficient when medication is inhaled using nanoparticle technology, according to research from the University of Central Lancashire (UCLan).

The early findings of the study published in Springer Nature: Journal of Nanobiotechnology are of particular significance as many people with lung diseases that cause immune dysregulation, such as Covid-19, and who end up on a ventilator have a 30% chance of contracting pulmonary Aspergillosis. When both conditions are combined, a patient’s mortality rate can be increased by up to 50%.

Professor Kamalinder Singh, Professor of Pharmaceutical Technology and Drug Delivery at the University of Central Lancashire, and senior author on the paper, said: “The coated nanoparticles enhance lung permeability, so that the drug is able to pass through the pulmonary surfactant barrier present at the air-lung interface much more effectively. This surface barrier acts as a natural defence towards foreign bodies, but by coating the drug nanoparticles with this natural lipid DPPC, it can travel through the lungs more easily so a higher concentration will get to the target site.”

Aspergillosis is a condition caused by breathing in small particles, called spores, of aspergillus mould that is in the air. It is a common mould that doesn’t cause illness in most healthy people but if the body isn’t able to destroy the spores due to a weakened immune system, then individuals may develop pulmonary Aspergillosis.

Collaborative research by Singh and Professor Bhupinder Singh Bhoop, from Panjab University, suggests that instead of treating pulmonary Aspergillosis by administering the first-line therapy drug voriconazole intravenously or orally, as is the current practice depending on the severity of the infection, administering the drug via inhalational allows for a more targeted approach. However, many drugs either get removed by the mucous in the lungs or cannot penetrate the pulmonary surfactant barrier, which is an essential surface resident protective layer that assists in breathing and prevents a direct exposure to inhaled pollutants.

The study looked at a nanotechnology-based approach to develop nanosized carriers and overcome the challenges of pulmonary delivery of drugs. Delivering nanosized voriconazole via a nebuliser means the drug is delivered through nanoparticles that are one billionth of a metre, which is 40,000 times smaller than the thickness of human hair.

“Early indications suggest that voriconazole, which is the recommended drug to treat this lung infection, enabled greater on-target drug exposure when nebulised as encapsulated in nanoparticles than the free drug. This is of significance as the way a patient receives the drug compound is highly critical to efficacy,” said Singh.

Further decorating the polymeric nanoparticles with the natural biolipid enhances the particle’s compatibility with the lung surface so it can diffuse more easily into the respiratory system.

Commonwealth Split site PhD scholar Ranjot Kaur, who worked on the project, said: “As people most at risk of pulmonary Aspergillosis are those who have weakened immune systems combined with lung related conditions, it means the new treatment method has the potential to benefit patients suffering from Covid-19-associated pulmonary Aspergillosis (CAPA) but also other conditions such as lung cancer, tuberculosis and chronic obstructive pulmonary disease (COPD).”