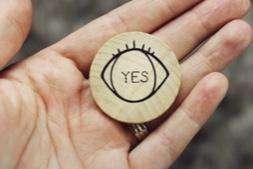 BLENREP is a first-in-class anti-BCMA (B-cell maturation antigen) therapy for patients whose disease has progressed despite prior treatment with an immunomodulatory agent, proteasome inhibitor and anti-CD38 antibody.

The US Food and Drug Administration (FDA) has approved GSK’s BLENREP (belantamab mafodotin-blmf) as a monotherapy treatment for adult patients with relapsed or refractory multiple myeloma who have received at least four prior therapies including an anti-CD38 monoclonal antibody, a proteasome inhibitor and an immunomodulatory agent.

This indication is approved under accelerated approval based on response rate. Continued approval for this indication may be contingent upon verification and description of clinical benefit in confirmatory trials. BLENREP is the first anti-BCMA (B-cell maturation antigen) therapy approved anywhere in the world.

Dr Hal Barron, Chief Scientific Officer and President R&D, GSK, said: “As the second most common form of blood cancer in the US, multiple myeloma is an incurable and devastating disease. BLENREP is the first approved anti-BCMA therapy and has the potential to transform the treatment of patients with relapsed or refractory myeloma who have limited treatment options today.’’

BLENREP employs a multi-faceted mechanism of action and is directed toward BCMA, a cell-surface protein that plays an important role in the survival of plasma cells and is expressed on multiple myeloma cells.

The approval of BLENREP was based on six-month primary results from the pivotal DREAMM-2 study, which enrolled patients with relapsed or refractory multiple myeloma who had actively progressing disease that had worsened despite current standard of care.

Dr Sagar Lonial, MD, Chief Medical Officer, Winship Cancer Institute of Emory University in Atlanta, Georgia, Chair of Emory Department of Hematology and Medical Oncology and Principal Investigator for DREAMM-2, said: “While treatable, refractory multiple myeloma is a significant clinical challenge with poor outcomes for patients whose disease has become resistant to the current standard of care. Due to the limited options currently available, these patients are often retreated with drugs from the same classes after they relapse, which is why the approval of BLENREP, the first anti-BCMA therapy, is significant for both patients and physicians alike.”

Paul Giusti, President and CEO of the Multiple Myeloma Research Foundation (MMRF), said: “The approval of BLENREP is an important advancement for patients with relapsed or refractory multiple myeloma, as it brings a much-needed new treatment to patients who face limited options due to their progressing disease. We are grateful for GSK’s continued commitment to myeloma patients and their families.”

In 2017, BLENREP was granted Breakthrough Therapy designation by the FDA, which is intended to facilitate the development of investigational medicines that have shown clinical promise for conditions where there is significant unmet need.