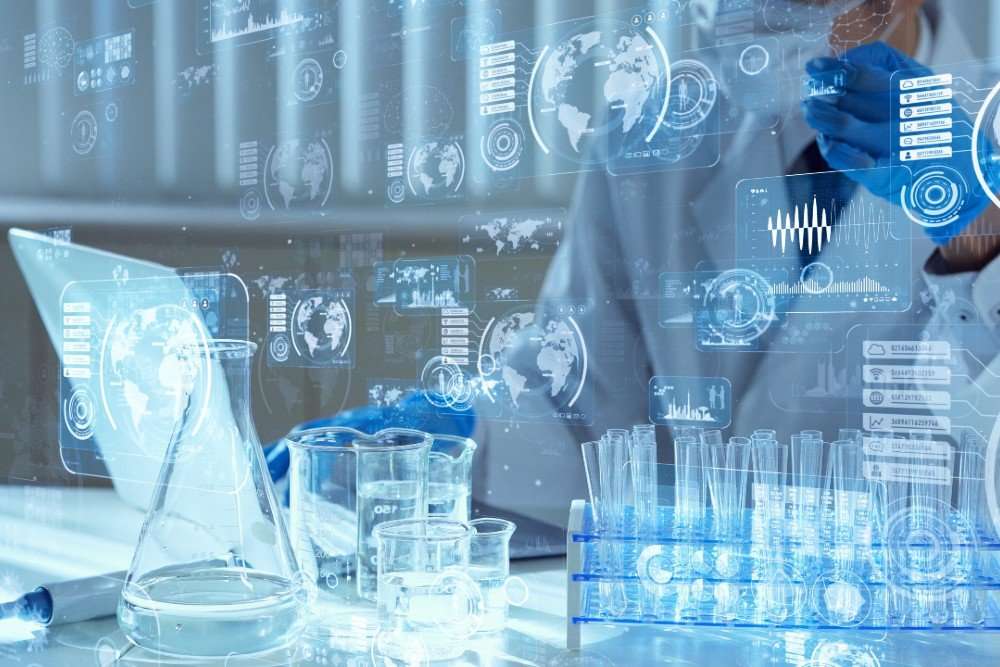 The efficacy and safety of drug candidates depends on the affinity to their targets. Since molecular interactions are not static, the affinity of a molecule depends on the speed of binding (association rate) and dissociation (dissociation rate) with its target, and on its occupation time. Overall, these parameters define the binding kinetics of a compound. Since these kinetic parameters are ideally determined in the preclinical stage of drug development, a need for high-throughput methods to kinetically profile hundreds and thousands of compounds exists.

Here, we present a microplate-based method for the determination of association and dissociation rate values in high-throughput using a kinetic probe competition assay (kPCA). This assay is based on Time-Resolved FRET (TR-FRET) between a donor fluorophore with a long fluorescence lifetime and an acceptor fluorophore. In this case, the donor fluorophore is coupled to the target kinase and the acceptor is conjugated to a tracer molecule, known to bind to the target. Only when the tracer binds its target, both fluorophores are close enough to allow energy transfer from donor to acceptor, consequently leading the acceptor fluorophore to emit light. By introducing to this system unlabelled test compounds which compete with the fluorescent tracer, their kinetic parameters can be determined, excluding the need to label hundreds and thousands of compounds individually. The assay was run on the PHERAstar FSX. Thanks to its high temporal resolution in TR-FRET, this plate reader is the ideal instrument to monitor kinetic binding events in high throughput.

First, to determine their binding kinetics, the association and dissociation rates of a fluorescent tracer binding to a target kinase were analysed. TR-FRET signals increased with time, indicating increased tracer-kinase binding, whereas the signal decreased when being displaced by an excess of unlabelled competitor (Fig. 1).

Once association and dissociation rates of the tracer were known, the same parameters could be determined for unlabelled compounds in the kinetic probe competition assay. For this purpose, tracer and competitor molecules were simultaneously exposed to the target. Binding of the competitor molecule altered the signal curve of interaction between tracer and target in a dose-dependent fashion, the TR-FRET ratio getting lower the higher the competitor concentration was (Fig. 2). Kinetics and affinity parameters of tracer and competitors can be derived by fitting these results to appropriate mathematical models.

The TR-FRET-based kPCA assay combined with the high temporal TR-FRET resolution of the PHERAstar FSX enable the determination of binding kinetics for large numbers of unlabelled compounds in high throughput.