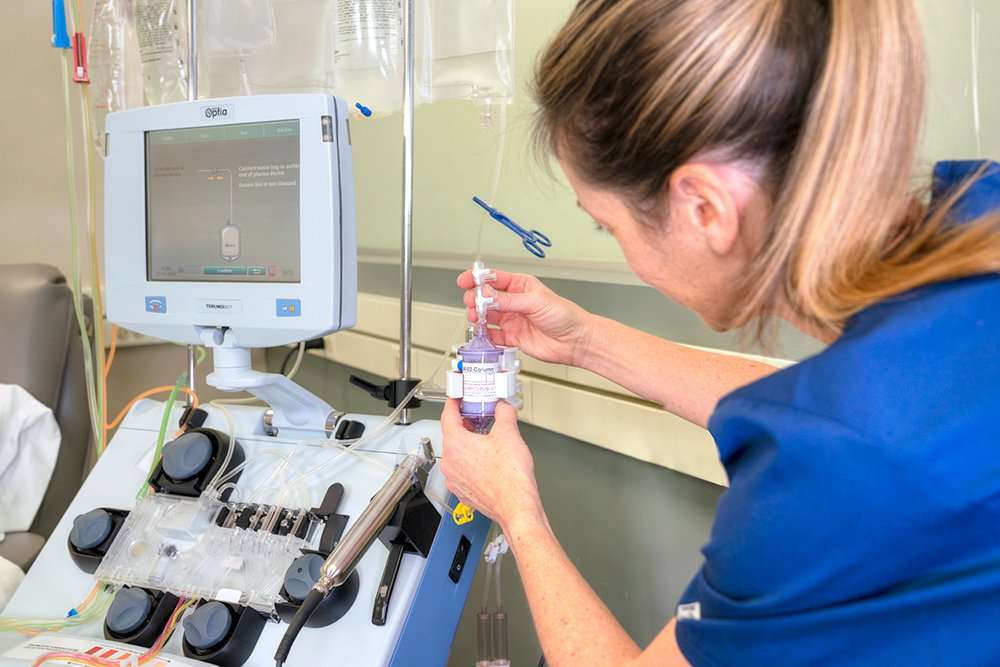 Terumo Blood and Cell Technologies and Immunicom have signed a co-commercialisation agreement to help advance a cancer therapy that selectively removes immune inhibitors from a patient’s bloodstream.

What will this achieve?

This potentially enables the patient’s immune system to more effectively attack cancer tumours. In contrast to immunotherapy pharmaceuticals that introduce foreign compounds into a patient’s body, which often result in negative side effects, Immunicom’s technology is based on a subtractive approach that is intended to potentially limit treatment-associated adverse effects.

The collaboration is an important milestone in the advancement of Immunicom’s novel subtractive therapy to meaningfully address this advanced cancer that frequently evades standard treatments and represents a significant global unmet medical need. In addition, under the agreement, Terumo Blood and Cell Technologies will be the exclusive distributor in Germany, France, Italy, and Spain with potential for future geographic expansion.

Breast cancer has surpassed lung cancer as the most diagnosed cancer worldwide with one in eight women diagnosed in their lifetime.1,2 TNBC is the most aggressive of breast cancers, accounting for approximately 15% of all breast cancers, and is difficult to treat.3 Each year there are over two million newly diagnosed breast cancer patients worldwide, over 110,000 of them in Germany, France, Italy, and Spain.4,5

Amir Jafri, Founder and CEO of Immunicom, said: “With their strong global presence and shared commitment to advancing standards of care through innovation, they were the natural choice to strategically partner with on the international commercialization of our flagship immunotherapy offering. With the LW-02 Column being only the first of many platform-based subtractive therapies under development at Immunicom, we see very strong long-term growth potential in further expanding this relationship.”

“Imagine if someone who is battling late-stage breast cancer could mitigate the effects of chemotherapy, spending their final days actively engaging with those they love, shaping their final memories,” said Antoinette Gawin, President and Chief Executive Officer, Terumo Blood and Cell Technologies. “That’s why we are combining our technology with Immunicom’s – to bring this to life.”