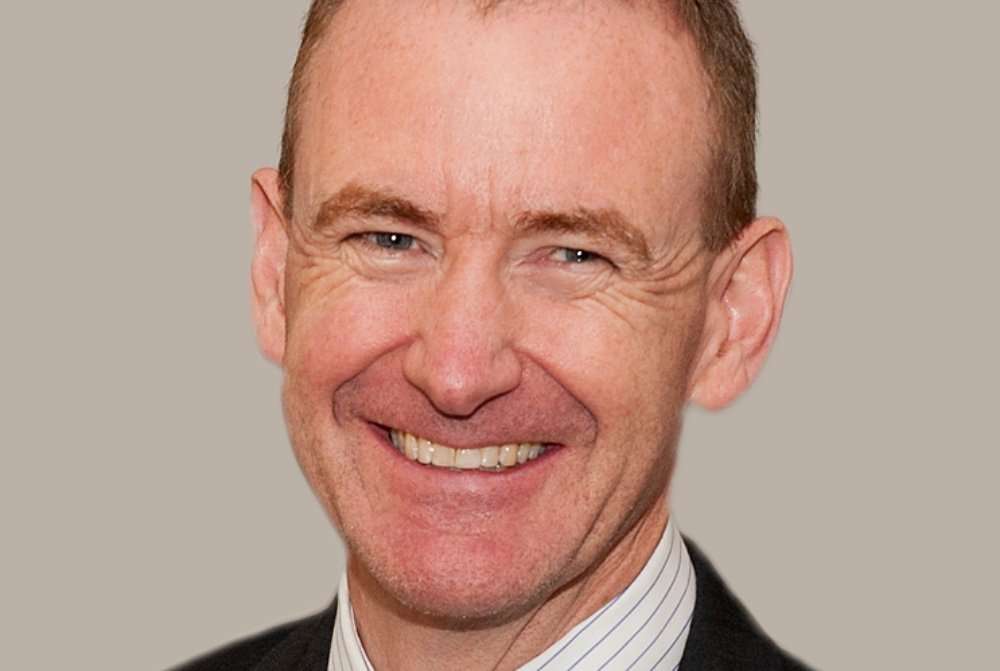 Michael Smyth is Medical Director at Galapagos UK, responsible for launching innovative therapies in the UK to help change the course of inflammatory disease for patients. Having studied medicine at Liverpool University, one of his personal missions is lifelong learning which is reflected in his role to strive for new treatment options that lead to better patient outcomes. He explained more about Galapagos UK, and his role to Lu Rahman

The UK affiliate of Galapagos was set up in 2020 and is committed to delivering novel medicines to patients in the UK that tackle the root cause of a disease and not just moderate its symptoms. The company’s R&D efforts are focused on inflammatory and fibrotic conditions; its first medicine was approved for the treatment of moderate to severe rheumatoid arthritis in late 2020 and submitted an application to extend the marketing authorisation for ulcerative colitis (UC) to the MHRA in Q1 2021.

“Galapagos is a pioneering biotechnology company and was founded in Belgium in 1999 by our CEO, Onno van de Stolpe, to focus on discovering and developing innovative medicines to improve people’s lives. We now have over 1000 employees in 10 international locations including Belgium, Netherlands, France, Germany, Italy, Spain and the UK,” explains Smyth.

“The way we approach discovery at Galapagos makes us unique. Our proprietary target discovery is fundamental to steering us towards our vision of becoming a leading biopharmaceutical company,” he says.

“For each project, a disease assay is developed that mimics a key pathogenic mechanism and is then used to identify which targets are driving disease. Using RNA interference (RNAi) technology), it is possible to ‘knockdown’ individual targets in the cells. This informs us on how silencing specific genes affects the disease process in relevant cell types. Our next step is to develop small molecules that inhibit these individual targets, restore the balance and thereby have the potential to be disease-modifying. With this approach, our focus is on developing medicines that tackle the disease itself, rather than just treating the symptoms,” he adds.

RNA plays many roles within a cell. Messenger RNA (mRNA), or coding RNA, transfers the instructions from the DNA in the nucleus to the ribosomes, which are the protein-making machinery in the cytoplasm of the cell.

“Next to coding RNA, there are different forms of non-coding RNA, like transfer RNA (tRNA), carries the required amino acids to the ribosomes for assembly into the new proteins. The ribosomes themselves are composed of ribosomal (rRNA). There are also other classes of RNA including small nuclear (snRNA), micro (miRNA) and short interfering (siRNA) that have roles in gene regulation and cellular defence. siRNA’s are of particular interest to us, as these have the capacity to mediate the degradation of specific mRNAs, hereby ‘knocking down’ the expression of selected genes. This is the concept of RNA interference,” explains Smyth.

How disease areas can be investigated using RNA interference

“Galapagos UK’s philosophy is to focus on diseases with unmet needs and to bring benefits to patients,” Smyth says. “We believe that there is a current unmet need in inflammatory and fibrotic disease, therefore our current pipeline is focused on making a difference to people living with these disease types. In both disease areas, one type of treatment is biologics (or ‘biotherapeutics’), which have shown good efficacy in several diseases. As biologics are large, complex molecules, they need to be given parenterally either by infusion or injection. However, in some patients, biologics can trigger an immune response leading to the development of anti-drug antibodies, leading to loss of response to treatment.”

Galapagos focuses on developing small molecules based on new targets that allow to treat the root cause of the disease rather than just treating the disease symptoms. These small molecules, says Smyth, can offer the efficacy of biologics, while offering the patient the convenience of an oral formulation. As small molecules do not cause immunological response there is no risk of loss of response due to anti-drug antibody production.

RNA in the development of new therapies

“RNA-based biopharmaceuticals – which include both therapeutics and vaccines –  is a relatively new class of treatment and prophylactic with potential in many chronic diseases, such as cancer, diabetes, tuberculosis, cardiovascular disease, and more recently, SARS-CoV-2,” says Smyth.

The vaccines against SARS CoV2 developed by Pfizer/BioNtech and Moderna both utilise mRNA to provide the patient’s cells with the information to make copies of the spike protein on the surface of the virus. When this foreign protein is exposed to the immune system, it leads to a T-cell and antibody response that will provide protection if they are exposed to the virus in the future.

“The core advantage is being able to develop small molecules against differentiated, strongly validated targets. Galapagos thereby focuses its drug discovery on targets whose inhibition has the potential to prevent the underlying cause of the disease and thereby preventing disease progression and the development of symptoms and long-term complications,” he says.

“At Galapagos UK, we’re taking the outputs of our global research department and ensuring that we can turn them into medicines that tackle the root cause of a disease and not just moderate its symptoms, enabling us to work towards delivering tolerable and effective solutions for patients.

“We’re working with regulatory and Health Technology Assessment (HTA) bodies to present clinical evidence to gain approval and reimbursement for the medicines from our pipeline, in order for them to be made available to the appropriate patients in the UK,” Smyth reveals.

In January 2021, Galapagos and Gilead Sciences received positive NICE recommendation for Jyseleca (filgotinib) on the NHS. This, says Smyth, was the company’s first discovery medicine to now be made available for patients.

“Looking ahead, we are committed to continuing working collaboratively with regulatory and HTA bodies like the MHRA and NICE, as well as the NHS, in order to increase patient access to medicines.

“We are proud that research using our drug discovery platform has resulted in a new treatment being made available for people with inflammatory conditions like rheumatoid arthritis and other potential indications like ulcerative colitis, where we believe there remains significant unmet needs,” he reveals.

Galapagos isnow progressing one of biotech’s largest pipelines of medicines with novel modes of action with 25 patient trials running with nine compounds across 10 indications.

“One of our most advanced molecules currently in Phase III studies has been granted orphan status in idiopathic pulmonary fibrosis (IPF) and systemic sclerosis (SSc) in Europe and the US.

The strategy is to advance multiple candidates and to test these in a broad panel of disease models representative for a number of indications including psoriatic arthritis, ulcerative colitis and Crohn’s disease, rheumatoid arthritis and systemic lupus erythematosus (SLE).

“With the number of biotech companies increasing by 65% between 2016 and 2019 in the UK, I believe there is an exciting opportunity for Galapagos UK – and other biotechs – to utilise the potential of  RNAi-based technology in the discovery and development of new treatments.”