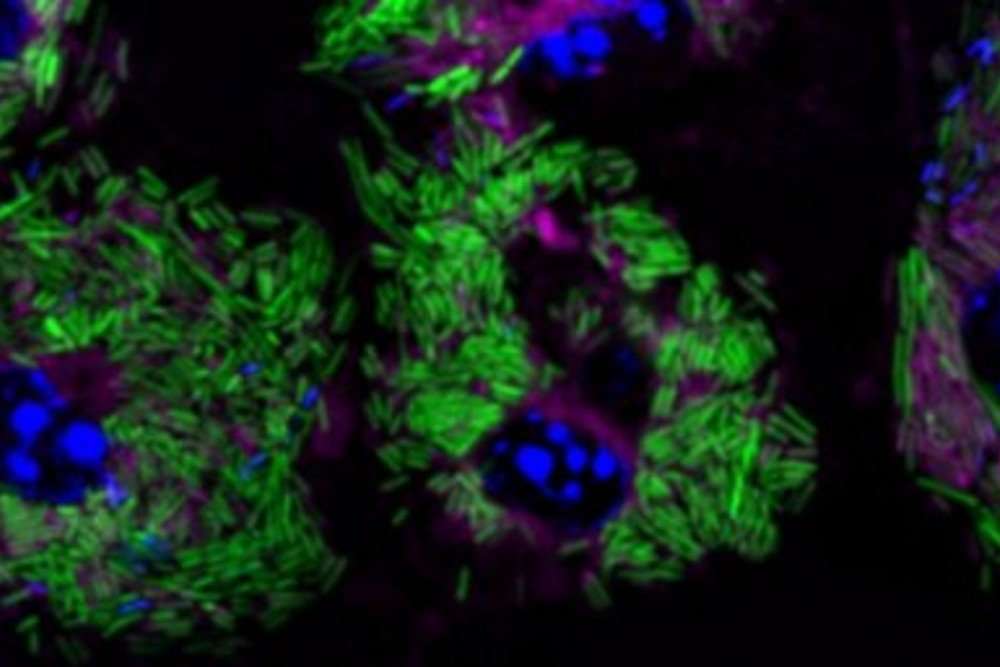 University of Queensland researchers have discovered a way to block Listeria from making the proteins that allow bacteria to survive and multiply in immune cells, which can cause severe illness in pregnant women and people with compromised immune systems. The study has been published in the journal PLOS Pathogens.

Until now, studies into the ‘master regulator’ – which controls critical proteins that make Listeria virulent ­­– have mostly been based on engineered bacteria, or mutated versions of these proteins. By using a drug-like inhibitor, the researchers were able to use molecular imaging and infections studies to better understand what happens to Listeria when the bacteria cannot effectively grow inside immune cells and hide from immune defence mechanisms, according to Professor Blumenthal.

She said: “We hope that our discovery, together with recent research into the master proteins’ molecular structure and functions, could guide the development of inhibitors and new drugs to treat Listeria infection.”

Listeria infection does not cause disease in most people, but can be deadly for the immunocompromised and is also a major health concern during pregnancy and can lead to miscarriage, stillbirth and premature birth.

“Our findings could also inform design of inhibitors against related proteins that are found in different bacteria,” Professor Blumenthal said.