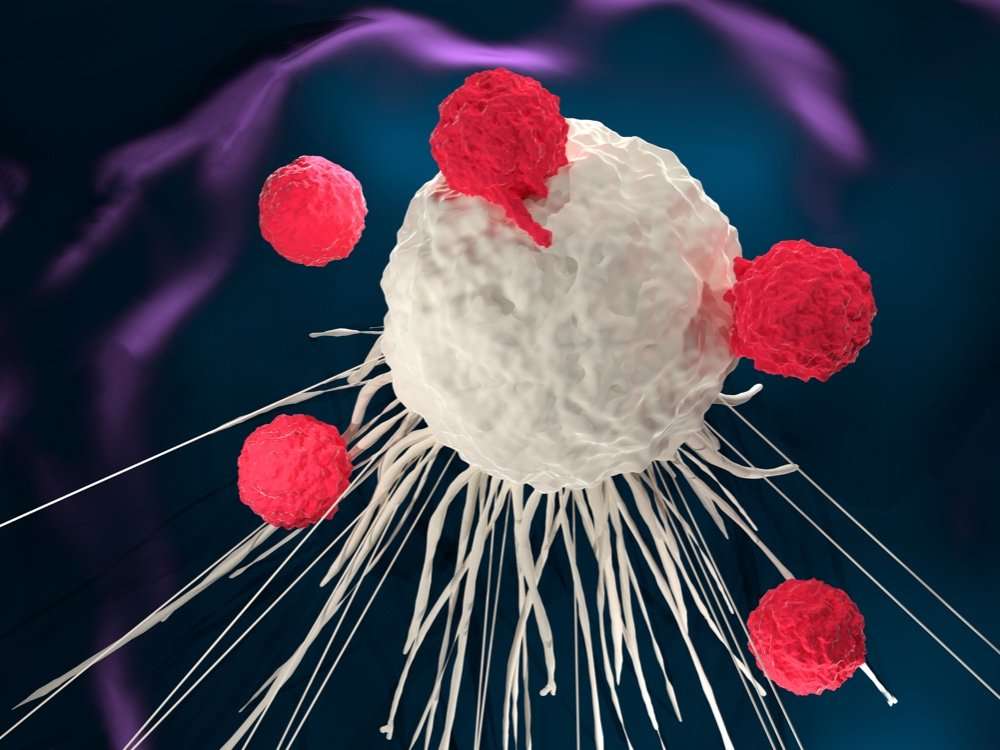 Chimeric Antigen Receptor or CAR-T cells, a new form of immunotherapy with genetically engineered immune system cells, has been approved for the treatment of multiple myeloma, a type of blood cancer.

In a case study published in Nature Medicine, Sinai scientists reported a previously unknown neurological side effect resembling symptoms Parkinson’s Disease in a patient on a clinical trial, which has important implications for improving monitoring for similar side-effects in clinical trials.

More than three months after finishing the course of a type of CAR-T therapy called anti-B cell Maturation Antigen (BCMA) CAR-T therapy, which targets the protein BCMA, the patient started showing progressive neurological features of Parkinson’s Disease-like symptoms, including tremors, handwriting and gait changes. The patient later died due to complications due to infection, and researchers found evidence of BCMA protein in the brain’s basal ganglia and scarring in that area, suggesting that this serious side-effect may be due to the therapy targeting the BCMA on the brain.

In this study, researchers analyzed clinical data, blood, spinal fluid and brain samples after the CAR-T infusion. Mount Sinai’s Human Immune Monitoring Center led by Miriam Merad, MD, PhD, found CAR-T cells in the blood and spinal fluid, leading scientists to believe this phenomenon led to the CAR-T cells targeting the basal ganglia and infiltrating the brain to cause the Parkinson’s-like symptoms.

“Our findings will impact the risk-benefit assessment of BCMA-targeted CAR-T therapy for multiple myeloma and have already led to improved monitoring and pro-active management of neurologic adverse events across clinical trials of BCMA-targeted therapy” said Oliver Van Oekelen, the first author of the manuscript.

Dr. Samir Parekh, the corresponding author, said: “This study showed that BCMA-targeted CAR-T therapy can cross the blood-brain barrier at least in a subset of patients to cause a progressive neurocognitive and movement disorder. This shows that CAR-T cell therapies, although effective in multiple myeloma, warrant close monitoring for neurotoxicity especially as such treatments acquire more widespread implementation in multiple myeloma patients.”

Multiple myeloma is a complex and incurable type of blood plasma cancer that often requires multiple treatments as the disease progresses and becomes resistant to previous therapies, often resulting in chronic disease with periods of acute illness. BCMA-targeted CAR-T therapy has shown impressive response rates in people with particularly complex multiple myeloma that has become resistant to all of the main courses of treatment. This type of CAR-T therapy and similar immunotherapies are being used or tested in other types of cancers, underscoring the importance of this study’s findings.

Though these findings are limited by the inherent fact that this is a case study on a single patient’s reaction, a clinical trial of a BMCA-targeted CAR-T therapy has also reported that five percent of patients on the trial experienced movement and neurocognitive treatment-related adverse effects. Researchers also found evidence of BCMA expression in the brains of healthy individuals.