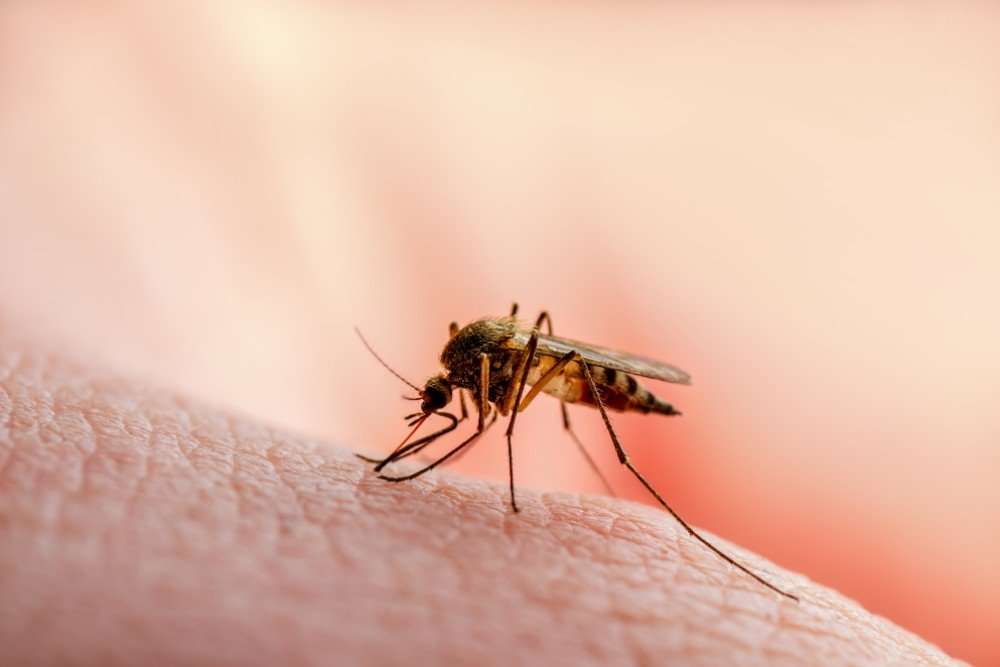 One dose of a new monoclonal antibody discovered and developed at the National Institutes of Health (NIH) safely prevented malaria for up to nine months in people who were exposed to the malaria parasite. The clinical trial is the first to demonstrate that a monoclonal antibody can prevent malaria in people.

The trial was sponsored and conducted by scientists from the Vaccine Research Center (VRC) of the National Institute of Allergy and Infectious Diseases (NIAID), part of NIH, and was funded by NIAID. The findings were published in the New England Journal of Medicine.

“Malaria continues to be a major cause of illness and death in many regions of the world, especially in infants and young children; therefore, new tools are needed to prevent this deadly disease,” said NIAID Director Anthony S. Fauci. “The results reported today suggest that a single infusion of a monoclonal antibody can protect people from malaria for at least nine months. Additional research is needed, however, to confirm and extend this finding.”

Malaria is caused by Plasmodium parasites, which are transmitted to people through the bite of an infected mosquito. Laboratory and animal studies have demonstrated that antibodies can prevent malaria by neutralising the sporozoites of P. falciparum in the skin and blood before they can infect liver cells. The NIAID trial tested whether a neutralizing monoclonal antibody called CIS43LS could safely provide a high level of protection from malaria in adults following careful, voluntary, laboratory-based exposure to infected mosquitos in the United States.

CIS43LS was derived from a naturally occurring neutralising antibody called CIS43. Researchers led by Robert Seder, Chief of the Cellular Immunology Section of the VRC Immunology Laboratory, isolated CIS43 from the blood of a volunteer who had received an investigational malaria vaccine. The scientists found that CIS43 binds to a unique site on a parasite surface protein that is important for facilitating malaria infection and is the same on all variants of P. falciparum sporozoites worldwide. The researchers subsequently modified this antibody to extend the amount of time it would remain in the bloodstream, creating CIS43LS.

After animal studies of CIS43LS for malaria prevention yielded promising results, VRC investigators launched a Phase I clinical trial of the experimental antibody with 40 healthy adults ages 18 to 50 years who had never had malaria or been vaccinated for the disease. The trial was led by Martin Gaudinski, Medical Director of the VRC Clinical Trials Program, and was conducted at the NIH Clinical Center in Bethesda, Maryland, and the Walter Reed Army Institute of Research (WRAIR) in Silver Spring, Maryland.

During the first half of the trial, the study team gave 21 participants one dose of CIS43LS by either an intravenous infusion or an injection under the skin. The infusions ranged from 5 to 40 milligrams per kilogram (mg/kg) of body weight, and the subcutaneous injections were 5 mg/kg. Investigators followed the participants for six months to learn whether the infusions and subcutaneous injections of the various doses of the experimental antibody were safe and well tolerated. In addition, they measured the amount of CIS43LS in the blood to determine its durability over time.

All participants in the second half of the trial provided informed consent to be exposed to the malaria parasite in what is known as a controlled human malaria infection (CHMI). In this procedure, volunteers are exposed to P. falciparum through bites of infected mosquitos in a carefully controlled setting, then are closely monitored by medical staff for several weeks and promptly treated if they develop malaria. CHMI has been used for decades to generate information about the safety and protective effect of malaria vaccine candidates and potential antimalarial drugs.

Among the nine participants who received CIS43LS and were protected, seven underwent CHMI approximately four weeks after their infusion. The other two participants had received their sole infusion during the first half of the study and were infected approximately nine months later. These results indicate that just one dose of the experimental antibody can prevent malaria for one to nine months after infusion. Collectively, these data provide the first evidence that administration of an anti-malaria monoclonal antibody is safe and can prevent malaria infection in humans.

To build on this finding, a larger Phase II clinical trial is underway in Mali to evaluate the safety and efficacy of CIS43LS at preventing malaria infection in adults during a six-month malaria season. The trial is being led by Peter D. Crompton, M.D., M.P.H., chief of the Malaria Infection Biology and Immunity Section in the NIAID Laboratory of Immunogenetics, and Kassoum Kayentao, a professor at the University of Sciences, Techniques and Technologies of Bamako, Mali. NIAID is sponsoring and funding the trial. Results are expected in early 2022.

In addition, VRC scientists are conducting further research on CIS43LS in the United States to determine the lowest dose that protects people from malaria infection.