Inside combination immunotherapies for cancer 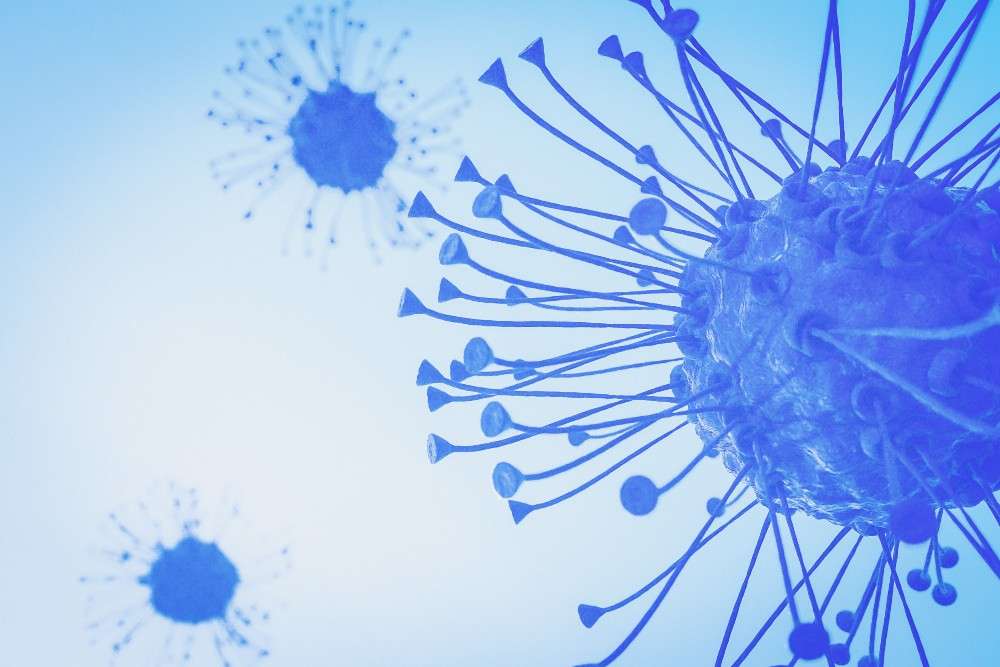 Combination immunotherapies are one of the most exciting advanced therapy medicinal products (ATMP) being developed, with incredible potential for treating cancer, says Panagiotis Parsonidis, a molecular biologist and lead researcher at RGCC. DDW speaks to him about VAXO-Q-RE developments, a combination immunotherapy that will soon enter clinical trials.

VAXO-Q-RE is an advanced combination immunotherapy that consists of five types of immune cells (macrophages, NK cells, dendritic cells, cytotoxic T lymphocytes, and antibody-producing plasma cells) that are isolated from a patient’s blood, activated, and expanded in the lab before being returned to the patient’s body. The treatment has already shown great promise for treating breast cancer. Where did the inspiration for VAXO-Q-RE come from? “Our knowledge and expertise in immunotherapies was the starting point for the development of VAXO-Q-RE,” says Parsonidis. “The RGCC team has great experience in the generation of functional immune cells, including dendritic cells and monoclonal antibody-producing plasma cells.”

Digging into the details, the new adoptive T-cell therapy developed by Parsonidis and colleagues uses MUC1, an antigen that is overexpressed on the cell surface of many human breast adenocarcinomas and other types of cancer. A patient’s immune cells, known as cytotoxic T lymphocytes, are activated with the peptide MUC1, which stimulates them to target tumour cells before being reintroduced to the body. Why MUC1? “The specific antigen is over-expressed in many epithelial cancer cells,” says Parsonidis. “Moreover, it has specific modifications that are related to cancer phenotype and are not present in normal cells.”

To test the therapy, scientists conducted a proof-of-concept study using mouse models designed to represent a patient-derived xenograft with breast cancer (triple-negative) invasive ductal carcinoma. There were three groups of animals: in the first group (control without cells), no drug was injected; in the second group (RGCC T cells), Cytotoxic T lymphocytes that had been activated with the peptide MUC1 according to the established protocol were used; in the third group (Control T cells) T cells that were freshly isolated from blood and did not have any activation protocol, were used.

The results, published in a 2019 paper (MUC1 Antigen-Specific CD8 T Lymphocytes Targeting MCF7 and MDA-MB-231 Human Breast Adenocarcinoma Cell Lines), contain a detailed description of the positive impacts of the therapy. “The protocol has demonstrated promising results in proliferation and activation of T-cells, cytokine release and cytotoxicity against luminal B and triple-negative breast adenocarcinoma cell lines,” says Parsonidis.

The subject of several peer-reviewed papers, and five years of development, the therapy was recently classed as Cell Therapy Medicinal Product (CTMP) by the European Medicines Agency (EMA). RGCC has recently gained approval for clinical trials for VAXO-Q-RE, marking what Parsonidis hopes will be the final steps in the journey from the bench to the bedside. While there are still several years of testing to go, Parsonidis is enthusiastic. “In the real world, cancer patients could benefit from VAXO-Q-RE depending on their immune profile,” he says. “VAXO-Q-RE is a personalised treatment, and the final product is depending on the quality of the immune cells of the individual. The general idea is that administration of VAXO-Q-RE could result in tumour growth inhibition.”

The therapy has been tested on breast cancer cells but has cancer-killing potential for all forms of the disease. “The impact of immunotherapies in general and VAXO-Q-RE specifically is incredible,” says Parsonidis. “The peptide that I designed was in that area to enhance the immunogenicity of the cells and their specificity against cancer cells.”

Developing ATMPs is a challenge, says Parsonidis. “As an organisation, it’s complex involving our whole range of capabilities,” he reveals. Parsonidis is, perhaps unsurprisingly, unwilling to go into details about the techniques he and colleagues are using. Speaking more generally, he believes the rise in personalised treatments reflects a growing acceptance that the previous one-size-fits-all approach to treating chronic diseases is failing. Evidence has established that every patient, and the condition they’re battling, differs. “Our team of multi-disciplinary scientists combine ground-breaking research with best-in-class technology to develop targeted therapies to improve patient outcomes,” he says.

“Immunotherapies offer incredible potential for patients with all types of cancer, including rare and aggressive forms of the disease,” says RGCC founder and research scientist Dr. Ioannis Papasotiriou. “To deal with a disease as complex as cancer, we need complex tools such as ATMPs.”

VAXO-Q-RE is the latest in a ‘pipeline’ of new immunotherapies developed by RGCC, says Papasotiriou. “At RGCC, we’re at the forefront of cancer research and are using all our skills, expertise, and insights to develop exciting and effective cancer treatments that could change lives.”

The organisation has publicly released details of two other ATMPs, DendroCov and supportive oligonucleotide therapy (SOT). DendroCov uses a patient’s dendritic cells activated in vitro against specific peptides and then administered back to the same patient to activate both CD8+ and CD4+ cells against these specific peptides. DendroCov has been developed to recognise specific peptides of SARS-CoV-2, resulting in the activation of both humoral and cell-mediated immunity, with no side effects. The EMA CAT committee has approved the therapy as a CTMP (Cell Therapeutic Medicinal Product). SOT is a personalised therapy for cancer and other viruses that uses a patient’s blood sample to create a complementary oligonucleotide sequence that can interrupt the survival or growth of specific cells. The therapy is currently available to patients through RGCC’s global network of doctors. As well as those ATMPs discussed, RGCC is developing new therapies and treatments for diseases such as cancer. Looking more broadly at the potential for ATMPs, Parsonidis is optimistic – but methodical. “ATMPs are, by their nature, at the cutting edge of science. We welcome the caution shown by the EMA (who warned against the use of unregulated cell-based therapies, which may be ineffective and increase the risk of serious adverse reactions in 2020), but we believe the future for ATMPs is incredible.” 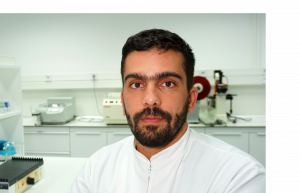 RGCC scientist Panagiotis Parsonidis specialises in cellular and molecular biology techniques with application in oncology and immunology, his current research focuses on the gene and protein expression of CTCs and CSCs and the development of Adoptive Cellular Therapies for cancer treatment. A Biology graduate of Aristotle University of Thessaloniki he followed this with a Masters in Food & Drink Innovation from the University of Abertay, Dundee. 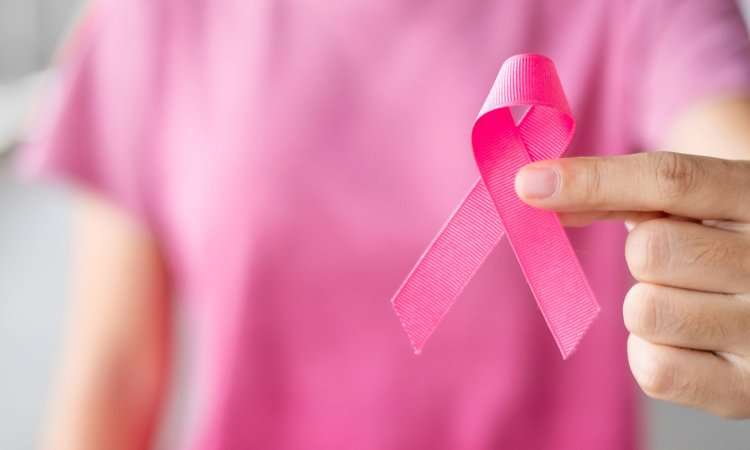 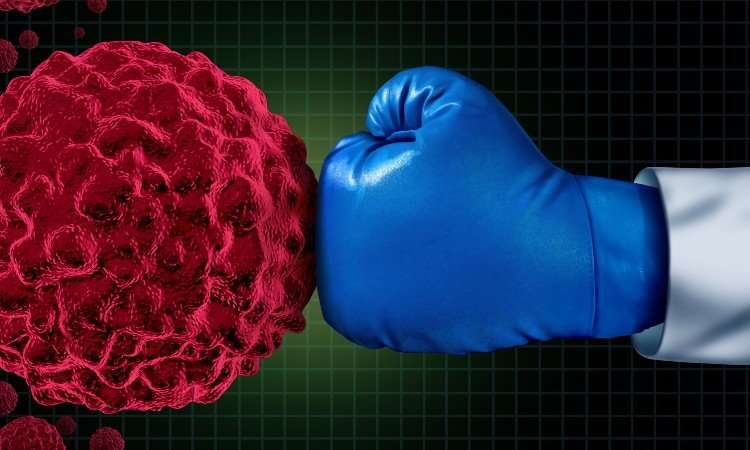 Podcast: The next steps in the fight against cancer
17 November 2022