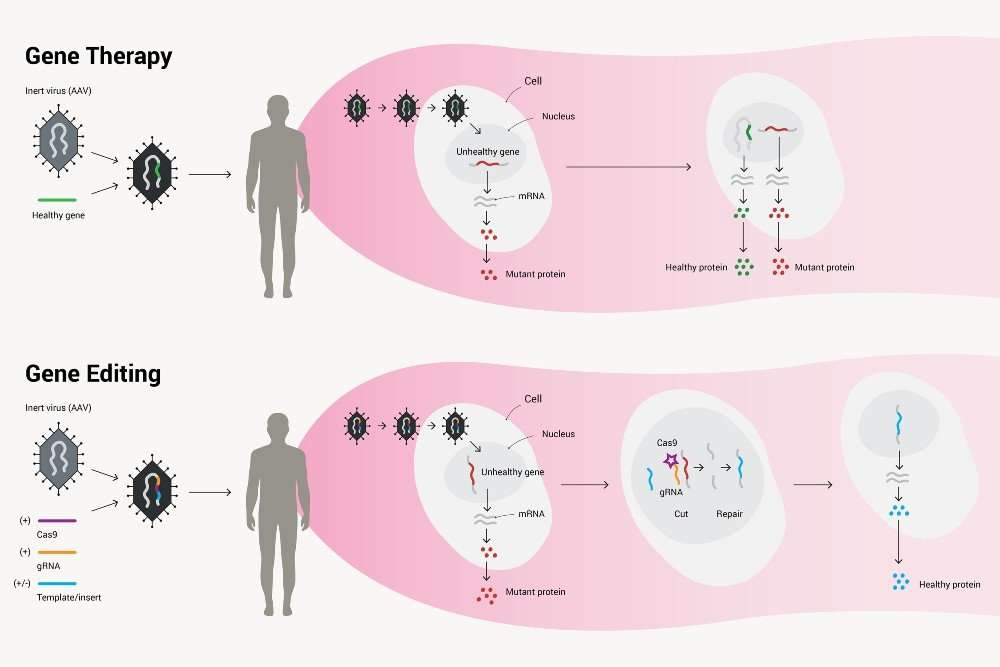 The Covid-19 pandemic spawned a flurry of research that culminated in the development of several vaccines that express viral proteins from recombinant or synthetic genetic material. The success of these new vaccines thrust the field of human gene transfer into the forefront of modern culture, as rarely-discussed topics like synthetic mRNA and recombinant viral vectors became commonplace overnight. However, these topics are not new to science, and vaccines for infectious diseases are just the tip of the iceberg when thinking about the promise of gene-based medicines.

The first clinical trial testing a gene transfer product began in 1989, when five patients with metastatic melanoma were successfully treated with genetically modified cells as part of a study that aimed to track the safety and anti-tumour activity of tumour-infiltrating lymphocytes1. The trial alleviated many concerns shared by scientists, ethicists, and the public alike, and triggered a snowball of new gene transfer research. That snowball, initially slow-moving, has since gained considerable momentum, with clinical trials involving gene transfer products more common than ever before, and more than a dozen products approved or authorised by the FDA since 2015 (Table 1).

Gene transfer encompasses many different treatment platforms, including oncolytic viruses, mRNA/DNA vaccines, viral vectors, and genetically modified cells, like Chimeric Antigen Receptor T cells (CAR-T cells) and engineered stem cells. The terms ‘gene transfer’, ‘gene therapy’, and ‘gene editing’ are often used interchangeably and confused for one another, but despite their similarities, each has a distinct meaning:

Choosing between gene transfer and gene editing approaches for the treatment of genetic diseases is a complex process that takes many factors into account, including the disease’s underlying cause.

All cells continuously produce proteins using their genes as a template: DNA is converted to RNA, which is then used as a template for protein. This conceptually simple process is at the heart of genetic disease, as a seemingly minor change at the DNA level can lead to significant changes at the protein level, often with drastic consequences. For decades, researchers have worked to develop gene-based therapies for the treatment of diseases caused by missing or mutated genes. In 2017, the FDA issued its first ever approval for a gene therapy product, Luxturna, which is used to treat type 2 Leber congenital amaurosis (LCA), an inherited retinal disease caused by mutations in the RPE65 gene2,3.

Like Luxturna, most gene therapies seek to provide cells with healthy genes to compensate for missing or dysfunctional copies. This is typically achieved using viral vectors: viruses that have been engineered to not cause disease. For many gene therapies, including Luxturna, the delivery vector is derived from adeno-associated virus (AAV), but in theory, nearly any virus that can enter cells without causing disease can be used. The choice of viral vector takes many things into consideration; some viruses infect specific cells, some have more room to carry therapeutic genes than others, and some may provoke strong immune responses in patients. Whatever vector is chosen, the goal is the same: that the vector will enter cells and deliver a gene to the nucleus, where it can be converted to RNA, exported to the cytoplasm, and used to create healthy, functional protein (Figure 1, top).

Gene therapies can provide functional cures for genetic diseases by providing healthy genes to patients with missing or mutated copies. Depending on the delivery method, the benefits of gene therapies can last anywhere from weeks to years, with those delivered by AAV lasting longer, as vector DNA can persist episomally (separate from cellular genomes) for extended periods. No matter the delivery method, gene therapies generally do not remove or correct the underlying cause of disease. The goal of gene editing, on the other hand, is to make permanent, corrective changes at a specific location within the cellular genome using targeted gene editing machinery.

Although gene editing systems based on zinc-finger nucleases (ZFNs) and transcription activator-like effector nucleases (TALENs) have been around for decades, most new gene editing-based products being evaluated clinically will use a CRISPR-based system. At the molecular level, this is achieved by using a DNA-specific nuclease (e.g., Cas9) and a guide RNA molecule (gRNA) with a sequence complementary to the DNA sequence being targeted (Figure 1, bottom). Upon expression and entry into a cell, the gRNA/Cas9 complex can recognize, bind to, and cleave that DNA sequence. These cleavage events can inactivate genes through the formation of small insertions or deletions that arise from the cellular non-homologous end joining DNA repair processes. Alternatively, genes can be corrected or added at cleavage sites using the cell’s homology-directed repair process, which incorporates a desired DNA sequence from a template.

One of the most significant long-term risks to clinical trial participants associated with gene therapy and gene editing is the risk of oncogenesis arising from unintentional or incorrect changes to the genome of targeted cells. Some gene therapy approaches may unintentionally alter human DNA sequences to interfere with cells’ natural defenses against tumorigenesis. Likewise, even targeted and highly specific gene editing systems like ZFNs, TALENs, and CRISPR-Cas9 systems have off-target effects. If an off-target deletion, insertion, or disruption occurs at or near an oncogene or tumor suppressor gene, the long-term effects could be disastrous. For this reason, current FDA guidance states that clinical trials testing genome-editing products or viral vectors designed to integrate material into the genome should include up to 15 years of follow-up for subjects5. This insertional oncogenesis risk is comparatively lower for gene therapies that use non-integrating viral vectors and drive transgene expression from extra-chromosomal DNA sequences, so similar FDA guidance for AAV gene therapy vectors calls for five years of subject follow-up5. That may eventually change; recent long-term follow-up studies in animals treated with AAV vectors make it clear that the risk of insertional oncogenesis in human studies may be higher than previously thought6.

Aside from the safety of the clinical trial participants, gene transfer research also raises potentially significant concerns about the safety of clinical staff and the general public who may be exposed to gene transfer agents in the lab or through contact with persons receiving the experimental treatment. For this reason, human gene transfer research subject to NIH Guidelines must be approved by an IBC prior to initiation. As part of its review the IBC ensures that final approval is based on appropriate management of any biosafety risks associated with the gene transfer products and procedures.

According to a 2019 announcement, the FDA anticipates approving 10 to 20 cell and gene therapy products a year by 20257. As more gene-edited and gene therapy products enter clinical trials, it will be critical that sponsors, investigators, and trial participants understand the safety and underlying science behind these products. Just as important, it will be critical that the FDA and similar agencies around the world align regulatory processes as much as possible to ensure consistency in the application and oversight of gene therapy and gene editing research. 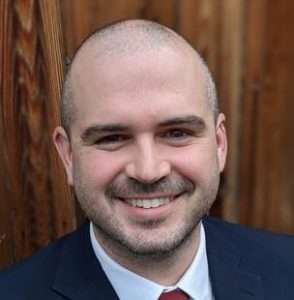 Dr. Doyle is the Director of IBC Services at WCG, and works with research sites, sponsors, and CROs to ensure human gene transfer clinical trials are conducted safely and in accordance with relevant regulations. Prior to joining WCG in early 2018, Dr. Doyle worked as a research fellow at the Albert Einstein College of Medicine (Bronx, NY), where he explored mechanisms of antibody activity against bacterial pathogens. Dr. Doyle received his PhD in molecular genetics and microbiology from Stony Brook University (Stony Brook, NY) in 2014.

Many thanks to Tom Morse-Brown for lending his artistic abilities to the figure included with this article. 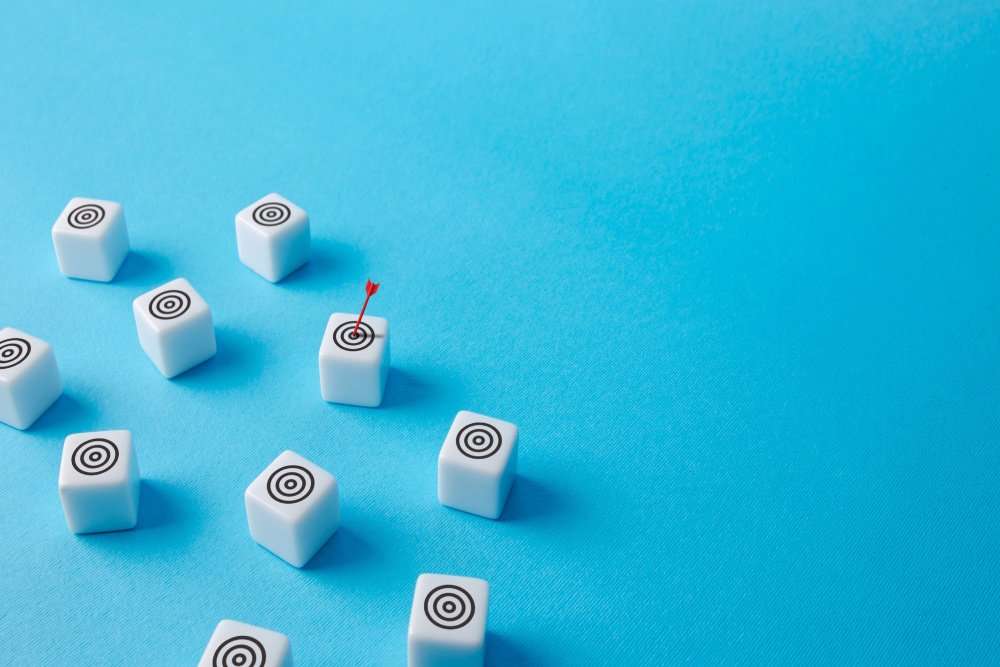