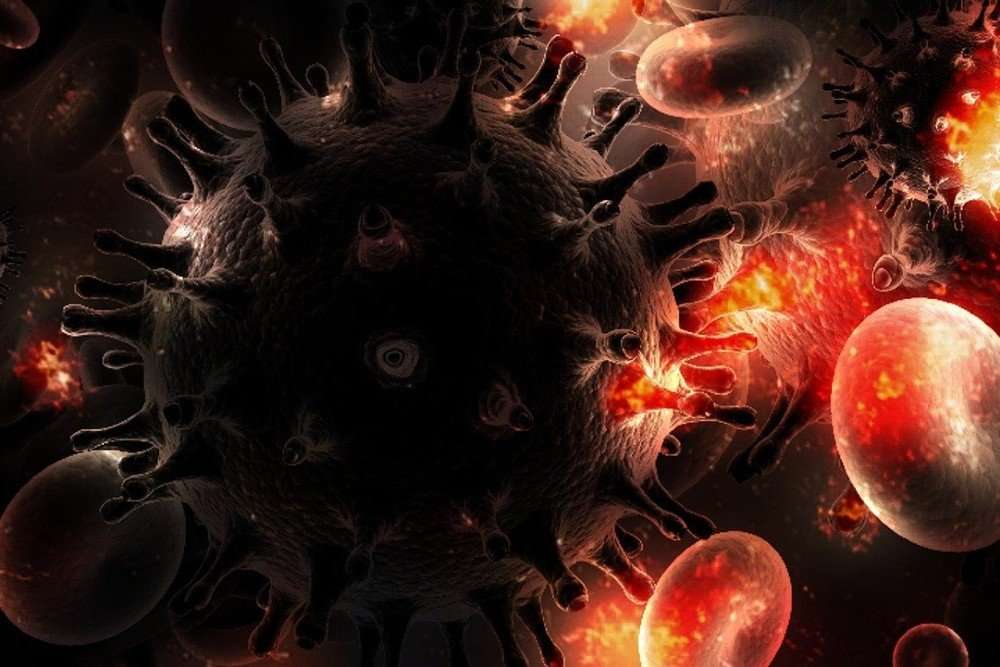 The results, published in Nature Medicine, show that the novel vaccine was safe and prompted desired antibody and cellular immune responses against an HIV-like virus. Rhesus macaques receiving a priming vaccine followed by multiple booster inoculations had a 79% lower per-exposure risk of infection by simian-human immunodeficiency virus (SHIV) compared to unvaccinated animals. The research was led by Paolo Lusso of NIAID’s Laboratory of Immunoregulation, in collaboration with other NIAID scientists, investigators from Moderna and colleagues at other institutions.

“Despite nearly four decades of effort by the global research community, an effective vaccine to prevent HIV remains an elusive goal,” said NIAID Director Anthony Fauci, Chief of the Laboratory and a paper co-author. “This experimental mRNA vaccine combines several features that may overcome shortcomings of other experimental HIV vaccines and thus represents a promising approach.”

How does it work?

The experimental vaccine works like mRNA Covid-19 vaccines. However, instead of carrying mRNA instructions for the coronavirus spike protein, the vaccine delivers coded instructions for making two key HIV proteins, Env and Gag. Muscle cells in an inoculated animal assemble these two proteins to produce virus-like particles (VLPs) studded with numerous copies of Env on their surface. Although they cannot cause infection or disease because they lack the complete genetic code of HIV, these VLPs match whole, infectious HIV in terms of stimulating suitable immune responses.

In studies with mice, two injections of the VLP-forming mRNA vaccine induced neutralising antibodies in all animals, the investigators report. The Env proteins produced in the mice from the mRNA instructions closely resembled those in the whole virus, an improvement over previous experimental HIV vaccines. “The display of multiple copies of authentic HIV envelope protein on each VLP is one of the special features of our platform that closely mimics natural infection and may have played a role in eliciting the desired immune responses,” said Dr. Lusso.

The team then tested the Env-Gag VLP mRNA vaccine in macaques. The details of the vaccine regimen differed among subgroups of vaccinated animals but involved priming the immune system with a vaccine modified to optimise antibody creation. The prime was followed by multiple booster inoculations delivered over the course of a year. The boost vaccines contained Gag mRNA and Env mRNA from two HIV clades other than the one used in the prime vaccine. The investigators used multiple virus variants to preferentially activate antibodies against the more conserved “shared” regions of the Env—the target of broadly neutralising antibodies—rather than the more variable regions that differ in each virus strain.

Although the doses of mRNA delivered were high, the vaccine was well tolerated and produced only mild, temporary adverse effects in the macaques, such as loss of appetite. By week 58, all vaccinated macaques had developed measurable levels of neutralising antibodies directed against most strains in a test panel of 12 diverse HIV strains. In addition to neutralising antibodies, the VLP mRNA vaccine also induced a robust helper T-cell response.