Basel: a centre for ground-breaking oncology 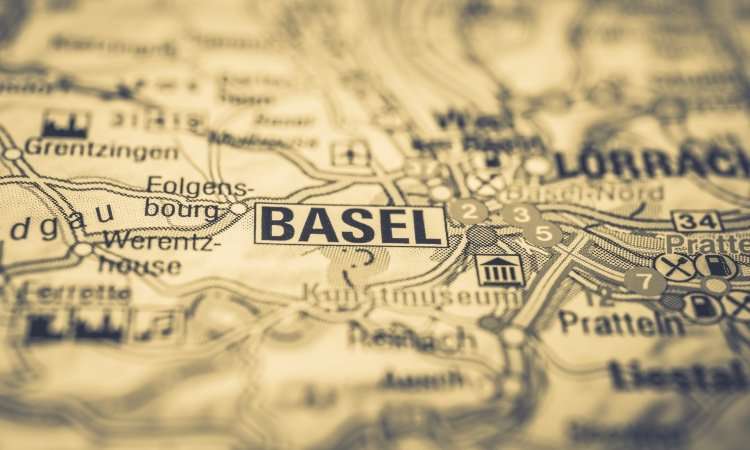 Dr Stephan Emmerth and Paul Eschmann, Basel Area Business & Innovation, explain the benefits of being based in Basel – the talent pool, global players, academic institutions and investors, for example.

Companies specialising in oncology R&D and therapeutics continue tospring up all around the globe, often spun out of universities working on the latest research. This is especially true of immunotherapy, a field that edges ever closer to the holy grail of personalised medicine and is showing real promise for treating certain malignancies. While new enterprises are emerging worldwide, more companies than ever are choosing Basel in Switzerland as their base, taking advantage of the existing talent pool, the unique industry cluster of global players such as Roche and Novartis, prestigious academic institutions and the many investors that the area has to offer. Switzerland’s well-known political and economic stability – coupled with its favourable tax laws – has created a petri dish of innovation, culturing a colony of entrepreneurs, all eager to make their mark on this sector. This article spotlights the driving forces behind Basel’s snowballing reputation, and notes some of the oncology and immunotherapy success stories arising from this innovative biotech powerhouse.

Switzerland is well known as having a high standard of living, healthy economy and stable politics, all of which combine to make it a desirable place to live and work for people from all over the world. Bilateral agreements with the EU actively promote immigration by easing the process of settling there, and short notice periods, low social contributions and practically no strikes – owing to strong social partnerships – add to the attractiveness of the country. It is famously business-friendly, with liberal labour laws and a capital gains tax exemption for new startups, as well as loans and equity financing that are widely available, with additional government funding often offered for research carried out as part of a collaboration between companies and universities. This framework makes Switzerland an extremely attractive option for companies of all shapes and sizes – from pioneering entrepreneurs
and startups to multinational corporations – covering a range of industries.

Established international companies and early innovators alike are increasingly choosing to manage their operations and commercial activities from the city of Basel in north-western Switzerland. A major contributor to the popularity of this city and the surrounding area is the specialised infrastructure and talented personnel that have accumulated over recent years, particularly in the life sciences industry. In fact, over 31,000 people work in this sector in Basel region alone, and this starting point makes it relatively easy for recruiters and businesses to find highly skilled and experienced candidates with varying professional backgrounds.

Basel also boasts world-class academic institutions, hosting the Department of Biosystems Science and Engineering of ETH Zurich (D-BSSE) – one of the two Swiss Federal Institutes of Technology – and the University of Basel. ETH Zurich is ranked in the world’s top 10 universities1 and as such, receives substantial funding for research, which attracts some of the best minds from around the globe. The regional universities as a whole also rank 5% above the average in Western Europe and the USA  in the BAK University Index in the CWTS Leiden Ranking2. In total, there are 14 universities within a one-hour drive of the Basel Area – comprising 170,000 students – creating the perfect conditions for interdisciplinary projects between institutions. For example, the University of Basel works very closely with partners from both the academic world and industry, and in 1996, it jointly founded the Neuroscience Network Basel along with the University Hospital, the Friedrich Miescher Institute and the local pharmaceutical industry. A few years later, the Neurex neuroscience network was established, comprising of over 100 research groups and 1,000 scientists from Basel, Freiburg in Germany, and Strasbourg in France. As well as this, the Biozentrum institute within the university’s Faculty of Science – which focuses primarily on basic molecular and biomedical research and teaching – as well as the Department of Biomedicine, have been the springboard for countless top researchers and successful new start-ups, with its members founding companies such as Santhera Pharmaceuticals, Cimeio Therapeutics and T3 Pharmaceuticals. Numerous researchers and alumni have won Nobel Prizes and other prestigious awards for their breakthrough discoveries over the last 50 years, which in itself is also a major attraction for new talent from all over the world.

Basel’s unique location at the crossroads of three countries creates an incredibly multicultural and multilingual employee base; 47% of the workforce in Basel speak a second language daily at work, and 65,500 people commute into the city and its environs from France or Germany every day3. In addition, more than 40,000 expatriates have settled in the region from 160 countries, and now comprise a significant part of the population3. This environment is especially appealing to new arrivals to the area, and encourages international collaboration and global partnerships to help nurture breakthrough scientific discoveries and novel therapeutic approaches.

This confluence of factors has created a true biopharma hub, with over 700 life science companies settling there since 2016 from various sectors, including biotechnology, digital health, medical technology, chemistry, nanotechnology, advanced manufacturing, and legal and financial consulting. The city is also home to giants like Roche, Johnson & Johnson, Bayer and Novartis – some of the world’s largest pharmaceutical companies – as well as a variety of small to medium biotech firms, world-class research institutions, marquee venture capitalists and several technology parks.

Several leading companies that focus on developing novel cancer therapeutics have now established a base in the Basel area, taking advantage of this unique environment to accelerate their research. SOTIO, for example – an international biotech originating from the Czech Republic – focuses on immuno-oncology and developing innovative methods for treating cancer. The company has been conducting multiple Phase I to III clinical trials, and uniquely uses four distinct technological platforms, which each include multiple promising drug candidates. The robust SOTIO clinical pipeline includes a differentiated superagonist of the attractive immuno-oncology target IL-15, SOT101, an IL-15-based immunocytokine SOT201, a next generation Claudin18.2-targeted antibody-drug conjugate (ADC) SOT102 and BOXR1030, a GPC3-targeted CAR-T based on proprietary technology designed to improve on the efficacy of CAR T therapies in the tumour microenvironment. SOTIO has been building a diverse biotechnology portfolio through its own R&D, collaborations and investments since 2010, and now employs around 240 personnel across Europe and the US. It chose to establish a base in Basel after evaluating several potential European locations and has since forged connections with many biotech professionals in the area. The company had struggled to find the relevant experts in clinical development and related areas in the past but, after establishing a presence in Basel, it was able to efficiently recruit from the large pool of talent, easily filling almost all of its roles with high-calibre candidates from all over the world.

Similarly, Engimmune Therapeutics has also benefitted from the rich scientific ecosystem in the area to further its work in cancer drug discovery. The company was founded in 2021 as an early-stage spinout of a research group at the D-BSSE. It applies genome editing, deep sequencing, functional screening and machine learning to address key efficacy and safety challenges that currently limit the full potential of T-cell receptor (TCR)-based therapies. Engimmune develops highly potent and specific immunotherapies based on two distinct TCR cancer targeting approaches. The first involves the discovery of highly target-specific, engineered TCRs that bind to antigens exclusively expressed on a variety of different solid tumour types. The engineered TCRs are introduced into the patient’s own T-cells in combination with another engineered proprietary mechanism, significantly improving tumour cell killing when re-infused into the patient. The second approach focuses on creating soluble bi-specific TCRs in fusion with a molecule that recognises cancer cells, thereby recruiting the body’s own T- and NK-cells to kill the tumour. These soluble TCR products do not require costly personalised therapy in the way that TCR-T cell treatments do.

Engimmune Therapeutics started in academia and harnessed local support to successfully launch in the biopharma field, supported by BaseLaunch. BaseLaunch was fundamental in the company’s transition, providing initial financing, strategic advice and access to its biotech network, allowing the firm to rapidly bring personnel on board and fast track its fundraising efforts. BaseLaunch also introduced the team to Dr Søren Mouritsen, an experienced biotech entrepreneur who is now Engimmune’s CEO. Søren brought valuable expertise to the company from his background in private enterprise, and also helped to raise capital for the business. Engimmune has since made rapid progress and recently gained almost £14M ($16.7M) in seed financing, co-led by Pureos Bioventures and Novo Holdings. It is Engimmune’s hope that its products will constitute a breakthrough for TCR-based therapies, to the eventual benefit of thousands of patients in the future.

Another example of ground-breaking oncology in action in the area is BeiGene, a commercial-stage biopharmaceutical company from China that has recently established its European headquarters for clinical trial operations in Basel. Access to a varied and highly skilled pool of talent, a business-friendly environment, and proximity to the European market were all important factors, and Basel Area Business & Innovation was crucial in helping BeiGene to evaluate business locations, establish its new site, and rapidly build a large team of experts to kick-start its success in the region. This new base on European soil is helping the company to continue its mission: to transform the way drug discovery is done, with the aim of making medicines more affordable and accessible to patients all around the world.

The Swiss business hub of the future

These three examples and more demonstrate the melting pot of personnel – from scientists to commercial experts – infrastructure and local support that makes the Basel area a perfect choice for entrepreneurs and established companies in the life sciences and biotech industries. In fact, no other life sciences ecosystem in the world is developing as rapidly as the Basel Region. For example, it demonstrated a 9.3% growth a year in the decade from 2010 to 2020 and, in 2018, the area submitted 205 patent applications per million inhabitants, placing it second only to the city of Boston in terms of innovation capacity2. The Basel area also generated $526 per hour worked in 2020, compared with $280 in the San Francisco Bay Area, further demonstrating its high level of productivity2.

This dynamic hub in the heart of Europe has already helped many businesses grow beyond expectations, and will certainly continue to back more innovators from across the globe. The many visionaries and business-minded professionals who call Basel home are driven to extend their network and translate their ground-breaking scientific research into impactful and accessible medicines on a global scale. 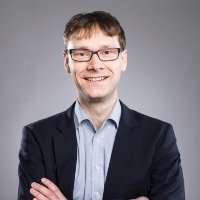 Dr Stephan Emmerth is the Director of Therapeutic Innovation and BaseLaunch for Basel Area Business & Innovation. With BaseLaunch, he has been involved in sourcing, launching, growing, and financing numerous biotech companies. Emmerth studied biology at ETH Zurich and gained his doctorate at the Friedrich Miescher Institute (Novartis) in Basel. He has worked for F. Hoffmann-La Roche as a research postdoc, in the Medical Affairs department of Lipomed and at the Friedrich Miescher Institute. 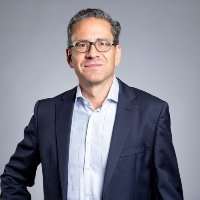 Paul Eschmann is the Head of International Markets and Business Affairs at Basel Area Business & Innovation. He supports international companies with their expansion plans and during their settlement in the Basel Area. Eschmann has a degree in Business Administration and studied law. He has worked as a Commercial Manager for a food producer, as a manager in the legal and commercial services department for Accenture Switzerland and as a commercial project manager for Siemens Power Generation. 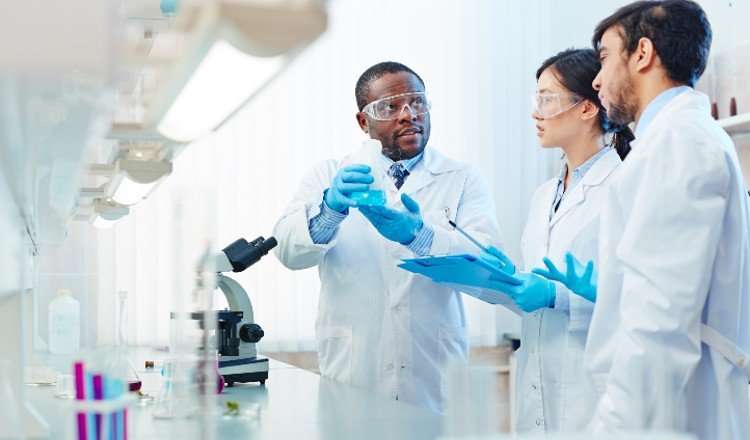 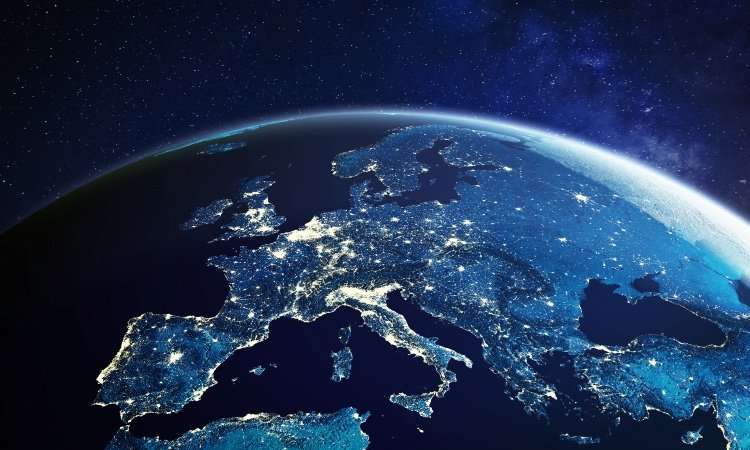