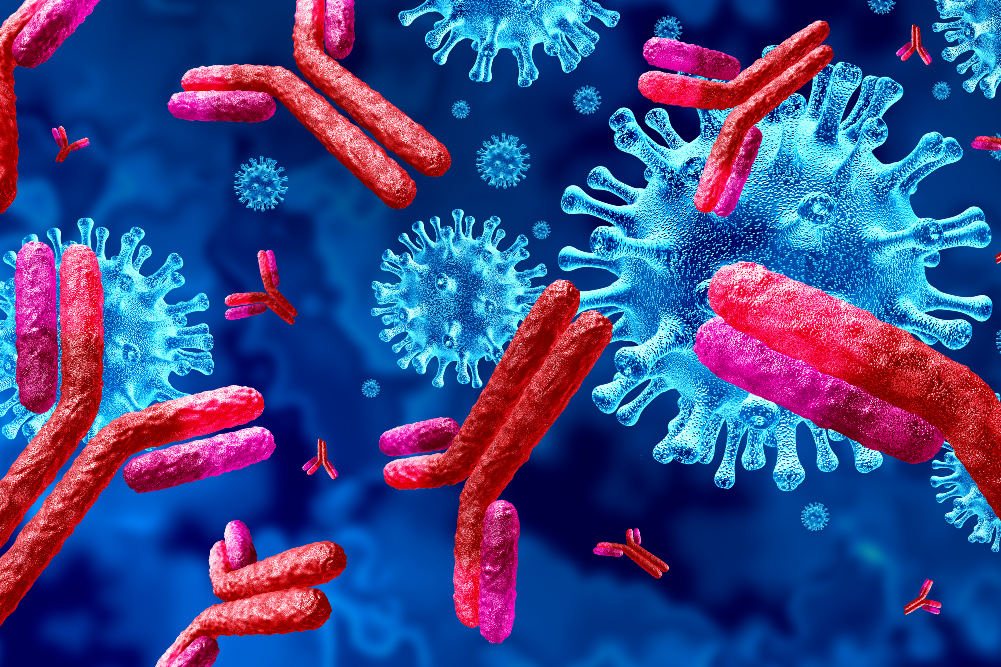 Using the same strain of yeast that ferments wine and makes dough rise, a team led by University of California, Irvine and Harvard Medical School researchers has developed an in vitro technology that can rapidly hypermutate antibodies. The new technology generates antibodies faster than animal immune systems and better than current synthetic methods, giving researchers the tools for evolving exceptionally potent agents, including therapeutic candidates that target SARS-CoV-2.

In the research, posted as a preprint on BioRxiv.org, the UCI/HMS team created the synthetic antibody generation system called autonomous hypermutation yeast surface display, nicknamed AHEAD. They demonstrated the power of their system in a number of experiments.

“Our most salient demonstration of AHEAD was using it to obtain potent neutralizing nanobodies against SARS-CoV-2 in just one-and-a-half to three weeks of uninterrupted time,” said co-principal investigator Chang Liu, Associate Professor of biomedical engineering in UCI’s Samueli School of Engineering.

High-quality antibodies are considered magic bullets in biology, because they specifically bind to and promote the elimination of foreign substances called antigens. As a result, antibodies are critical agents in research and diagnostics, are they the basis for myriad new therapies –  including those for COVID-19 – and constitute a rapidly growing class of drugs that had $100 billion in sales in 2017.

However, generating a custom antibody capable of binding to a desired target antigen is not easy. Currently, the predominant approach for antibody generation remains animal immunisation, which is usually a slow and costly process that suffers from challenges in animal welfare.

Although synthetic animal-free systems for generating antibodies against custom antigens have been developed, animal immune systems are still preferred because they apply an exceptionally powerful evolutionary process called somatic hypermutation that progressively improves antibodies in their ability to bind to antigens, arriving at highly effective antibodies over time.

“The advantage of AHEAD is that weak antibodies against an antigen of interest will automatically get better and better as we go through what we call AHEAD cycles, each of which just requires growing and sorting yeast cells and so is very fast and efficient,” Liu said.

The researchers applied AHEAD to generate nanobodies against several targets including SARS-CoV-2’s S protein, which facilitates viral entry into cells. The resulting nanobodies attained high affinities through multiple mutations over three to eight AHEAD cycles that saw huge improvements in their ability to bind to SARS-CoV-2. When tested for their ability to inhibit infection in a cellular assay, the nanobodies were highly potent.

The researchers believe AHEAD will be an essential weapon in the continued struggle against SARS-CoV-2 and future viral outbreaks.

“If SARS-CoV-2 evolves in a way that escapes current antibody therapeutic candidates, we should be able to evolve new candidates in less than two weeks to block the escape variants,” said Alon Wellner, co-first author of the work and postdoctoral fellow in Liu’s group.

Additionally, since AHEAD requires simply growing and sorting cells, almost any biology lab will be able to apply the technology (patent pending). “AHEAD has the potential to transform antibody engineering across all areas of biomedicine by making antibody generation faster, cheaper and more effective,” said Liu.