Shifting the biopharmaceutical landscape with AI 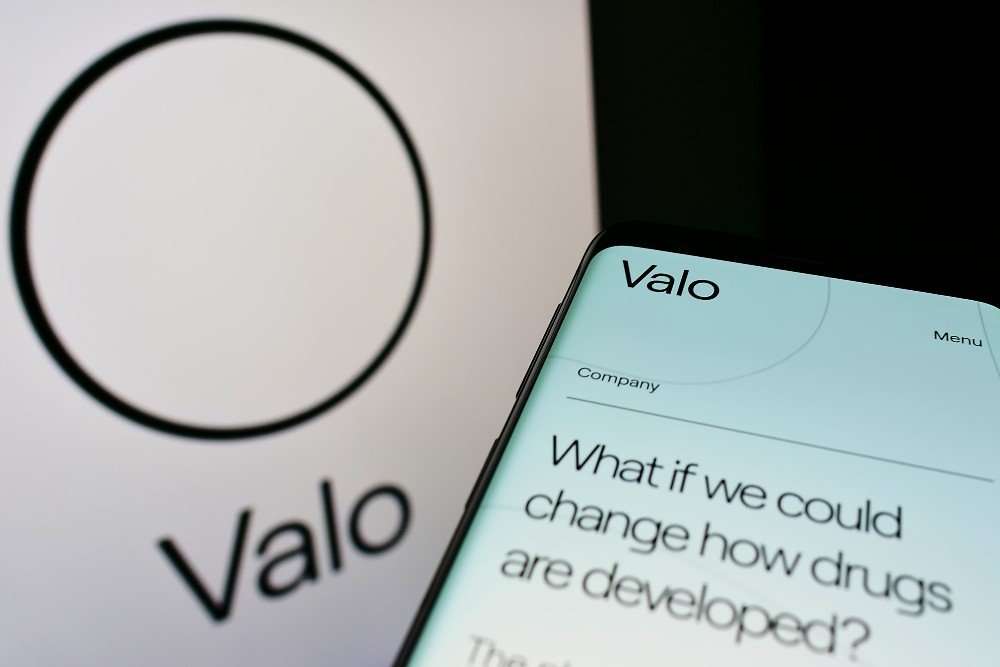 Valo Health is a technology company built to transform drug discovery and development using human-centric data and artificial intelligence-powered compute. VP of Integrated Research, Guido Lanza talks to DDW in its Drug Discovery 2021 supplement about how Valo Health is re-inventing and innovating to overcome the fragmented, outdated drug discovery and development process that exists today.

According to Valo, for the first time, the scope, scale and quality of human data coupled with computational power can enable the potential for a foundational shift in the biopharmaceutical landscape.

Its vision is to seize the opportunity created by human-centric data and build a new digitally native model for drug discovery and development — one with the potential to overcome current limitations. Valo’s strategic goal is to use data to make better medicines which better treat patients and in doing so, create a greater chance of success than traditional approaches.

Guido Lanza is responsible for the strategy, integration and validation associated with developing a closed-loop computationally enabled discovery/preclinical platform. Moving forward, Valo’s aim is for its platform to deliver a steady and increasing number of clinical development candidates — this requires tight integration between lab-based discovery capabilities, data science and product engineering.

Lanza says: “Building this integrated approach requires active collaboration across a multi-disciplinary, multi-site, organically and inorganically (via M&A) growing team. The pandemic has made some elements of this growth challenging in the same way it has for everybody. However, going virtual has also made many of the pre-existing boundaries disappear and made collaboration easier, especially when it comes to the geographic balances which are much easier to maintain. For research, the downside of the last year was the added procedures and stress that a small number of folks had to shoulder to keep our labs operating safely. Our lab teams really stepped up to the plate and have done an incredible job for which we are all tremendously thankful.

“I sometimes can’t believe that I’ve been working on applying AI to drug discovery for over 20 years now,” Lanza admits. In 2019, Valo acquired San Francisco AI company Numerate, where Lanza was CEO and led the company to multiple rounds of funding and high-profile collaborations. He comments: “It was only five years ago while we were still at Numerate, we rapidly transitioned from justifying the need for AI/ML to having to explain the difference between our approach and the dozens of other companies in our suddenly active and crowded space.”

This was clearly positive, as it brought with it increased visibility, attention, and scrutiny. While it appeared crowded from a 30,000-foot level, on the ground the number of problems that needed to be addressed by AI/ML in pharma still greatly exceeded the number of players. However, Lanza says there was still a sense of unease when they realised that several of these new companies were en route to be “piloted-to-death” by big Pharma.

David Berry is the Founder & CEO of Valo as well as a General Partner at Flagship Pioneering, where he has played an instrumental role in the conception and implementation of Flagship Labs. This is where Valo, Moderna, and the firm’s 100-plus additional companies – worth more than $30 billion in aggregate value – have been conceived, incubated, and launched. Berry has personally started over 20 companies, including: Indigo Agriculture, which is on track for an IPO later this year; Seres Therapeutics; Sessen Bio; T2 Biosystems; Evelo Biosciences; and Axcella Health. From his first encounter with him, Lanza understood that the vision Berry was building for Valo was different in both scope and scale – he was rethinking the entire pharma model and replacing it with a digitally native approach anchored in high-density patient data and powerful compute.

Lanza says: “The idea of rethinking the pharma model knowing what we know about data and compute — of breaking the linear chevron powerpoint-esque model we have had for decades — was really appealing. Data and compute are the right hammer to meaningfully break the chevrons so that we can recapture fundamental connection between a patient and the protein being assayed in early discovery, and potentially best impact all patients in the future. Our Opal Computational Platform is at its core intended to be an end-to-end closed-loop platform that captures this philosophy. My excitement comes from being able to potentially change the entire system as we drive our portfolio of drug programs.”

Valo Health is pioneering (or building) a new approach to target discovery and drug development – based on human-centric data and machine learning. Lanza explains that the linear, siloed, traditional drug discovery and development model is one where information rarely flows between the silos, let alone backwards to inform upstream decisions.

“At Valo, we aim to find potent, active compounds, and use the best preclinical translational models, and ultimately understand which patients our drug is most likely to impact,” he says. “Our approach is that translation should be bi-directional. We want to start with a human data-driven definition of the disease and work backwards through profiling the impacted patients and ultimately develop the critical preclinical models that reflect this biology. By taking this approach, Valo aims to know the patient, translational models, relevant biomarkers, target patient population and to greatly reduce (forward) translational risk before we even start a screen against the target.”

As Valo grows, it will explore opportunities to partner with the discovery and development community. At the moment, it is an active participant in the AAIH (the Alliance for AI in Healthcare), where technology and biotech companies work together to raise awareness of applying AI.

ELRIG’s Drug Discovery 2021 is focusing on themes of re-connecting, re-inventing and re-imagining. As we hopefully make our way out of the pandemic, Lanza shares how he thinks the sector can achieve those themes and how technology can play a part.

“A few years ago, the industry had a long-standing reputation of being extremely data-rich and algorithm poor. We started to reverse this trend as we looked to apply AI to improve various aspects of our process, from clinical trial design to finding root causes of disease and beyond. The pandemic has been far from a pause button in our space. To the contrary, there has been a meaningful acceleration as a handful of large players, including Valo, have emerged as the industry has continued to realise the value of applying cutting edge AI to its still highly underutilised (and exponentially growing) data. Many challenges here remain, from getting access to data to dealing with its biases, noise, and statistical challenges that require marrying the algorithmic and domain expertise,” he says.

Lanza welcomes re-connecting in person at events like ELRIG. He says: “We’re seeing the new-normal where we can avoid unnecessary air miles while we re-focus our effort on things that didn’t translate well to Zoom, like conferences. I’m hopeful that as we re-emerge, many of the smaller, more specialised AI conferences in our space will begin to merge with conferences – like ELRIG – to form meaningful connections across all the relevant disciplines in discovery.”

“’Fastercheaper’ has become an industry obsession for the past few decades. If a company is fast enough and cheap enough, it doesn’t have to be better. However better should be the goal: we want to create an output that fails less often.” Unfortunately, says Lanza, ‘fastercheaper’ has painted the industry into a process corner, and in some instances created goals, KPIs and metrics totally disconnected from the ultimate goals of creating a drug that will improve patient outcomes. “Nowhere is this more evident than screening: expanding the size of the library, increasing the diversity and improving ‘drug likeness’ to generate confirmed hits is not directly impacting the developability of the output. Twenty years ago, this was the best the industry could do, as each pharma had to rely solely on its collection for chemistries. Today, however, we can access,1,000-10,000X the chemical space off-the-shelf, and vastly more with DELs and automatic synthesis platforms and therefore should rethink the process. Specifically, when we think about a ‘better’ process, it means targeting the biology we believe and delivering lead series that are likely to be advanceable for this specific indication. In a sense, ideally, we want to simulate each series and select those with the highest probability of success from the start,” he says.

Lanza says this means aiming to interface with a model of biology — even if it is lower throughput and higher content — and then building an ML model of this biology to use at large scale.

“We then combine this model with other models of downstream attrition. In order to build these models, and test them, we need to access vastly larger spaces of chemistry than even the largest corporate collection, and effectively flatten the universe of chemistry to identify the most information-rich compounds at any given time.”

Lanza believes the challenges in the global drug discovery and development sector remain around data accessibility, interoperability, and quality – now that we seem to be making progress in tackling Covid-19. The data is often in vaults (commercially or privacy-driven), he explains. “Many of the issues around accessibility are gaining attention and starting to fade, and many of the algorithms (including those we are developing at Valo) allow us to deal with some of the noise, bias and quality issues in better and better ways,” he says.

Oncology has long been on the cutting edge of using multi-dimensional data to both drive discovery and to match patients to the best drugs. Lanza says our goal should be to build on this in oncology and to bring this type of analytics to other disease areas. He adds: “The next areas that are most ripe to be transformed by data and compute are neurology and cardiovascular disease, where the industry has previously struggled to define disease and instead uses catch-all, syndrome classifications like Parkinson’s and where the volume of data available to be analysed (and complexity of the signals) exceeds more traditional approaches.”

In discovery, Lanza believes we should be leveraging this data and use technology to move away from optimising drugs for models of humans (usually in vivo models) and towards optimising them for their predicted performance in humans. For example, building models of clinical adverse events based on chemical structure and impacted biology is more useful than developing better models or analytics for in vivo safety models, and these new in silico models can be applied as far back in the process as early discovery, significantly improving the odds of the drugs coming out of discovery being successful to and through the clinic. 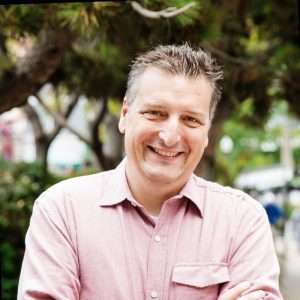 Guido Lanza is the VP of Integrated Research at Valo Health, responsible for the strategy, integration and validation associated with developing a closed-loop computationally enabled research platform. He joined Valo when it acquired Numerate, where he was CEO. Prior to Numerate, he co-founded Pharmix, an algorithm-focused biotech startup.