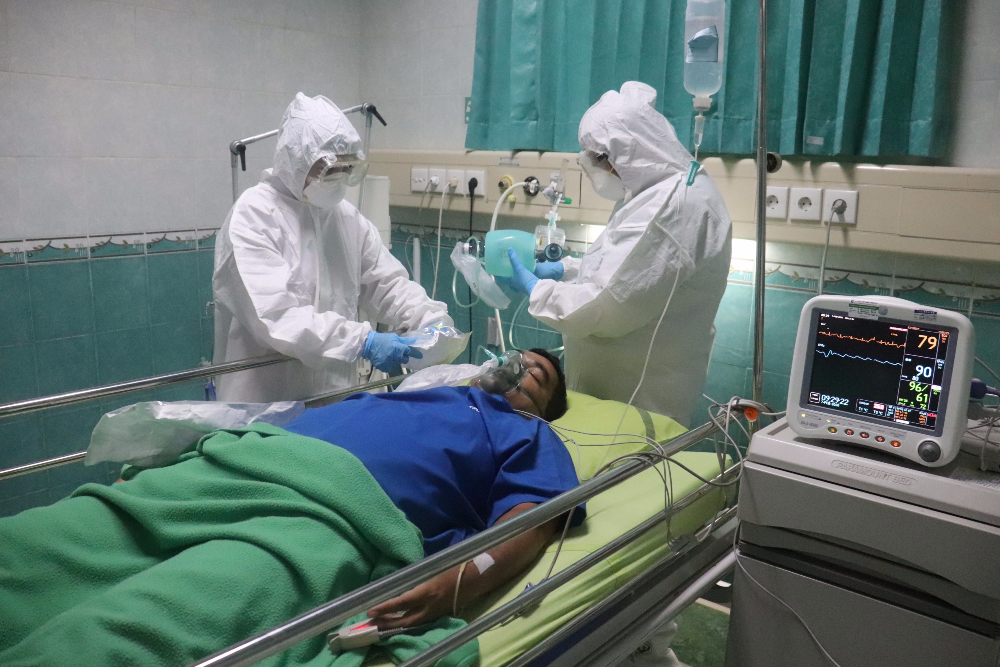 Brigham and Women’s Hospital researchers analysed patients’ levels of inflammation, known to be associated with severity of illness, by looking at C-reactive protein (CRP) trends in 100 COVID-19 patients admitted to the hospital.

They found that a rapid rise in CRP levels during the first 48-to-72 hours of hospitalisation was predictive of subsequent respiratory deterioration and intubation, while steadier CRP levels were observed in patients whose condition remained stable. Findings were published in Cell Reports Medicine.

“We realised that whereas a single CRP lab value from hospital admission wasn’t very practical as a predictor of who might get sicker, tracking the rate of change from day one to day two or three was a very powerful and very clinically predictive test,” said corresponding author Edy Yong Kim, Division of Pulmonary and Critical Care Medicine at the Brigham.

“Even though all of these patients looked clinically similar upon admission, as early as 24 hours after hospitalisation, the immune systems of patients who would go on to the ICU multiple days later were already inflamed, as measured by these biomarkers.”

Inflammation is a broad term that describes the release of chemicals involved in immune responses. CRP tests integrate signals from a number of different proteins involved in inflammation, called cytokines, to provide physicians with a snapshot of a patient’s inflammatory activity within a matter of hours. Other tests, like cytokine assays, can provide more specific information about which proteins may be active in inflammatory pathways, but these tests can take one to two days to process, and COVID-19 patients’ conditions can worsen before the results are received. CRP tests can therefore serve as a practical addition to standard protocols for assessing the anticipated clinical trajectories of COVID-19 patients.

“Because of our findings, we changed our guidelines at the Brigham to mandate CRP tracking every day for the first three days of hospitalisation so that we could try to identify vulnerable patients and keep a close eye on their inflammation,” said Kim, who stressed the importance of putting findings into practice as early as possible amid the current uptick of positive cases.

The results, from a study population of 100 Brigham patients, also provide insight into the underlying mechanisms at play in COVID-19 infections. In particular, an increase in a cytokine called IL-6 during the first 24-48 hours was correlated to CRP levels and the progression of the disease.

Fifteen patients treated during this acute period with the drug tocilizumab, an IL-6 receptor, had rapid, sustained reductions in their CRP levels. In larger, randomized trials, tocilizumab was not shown to provide benefits to COVID-19 patients, but Kim states that this could be because the drug was not administered early enough to the subset of patients who stand to benefit most. Alternatively, while CRP is associated with IL-6, CRP can reflect other inflammatory pathways besides IL-6, so targeting other inflammatory cytokines or pathways besides IL-6 could be considered.

“Even if you gave immunomodulatory drugs, which reduce rising inflammation, as early as day three – which is pretty early for a clinical trial – that may already be too late,” Kim said. “But here we have some evidence that a rise in inflammation directly drives respiratory failure, which implies that the immunomodulatory drugs might be able to prevent respiratory failure if given very, very early -­ as early as hospital day one and two.”