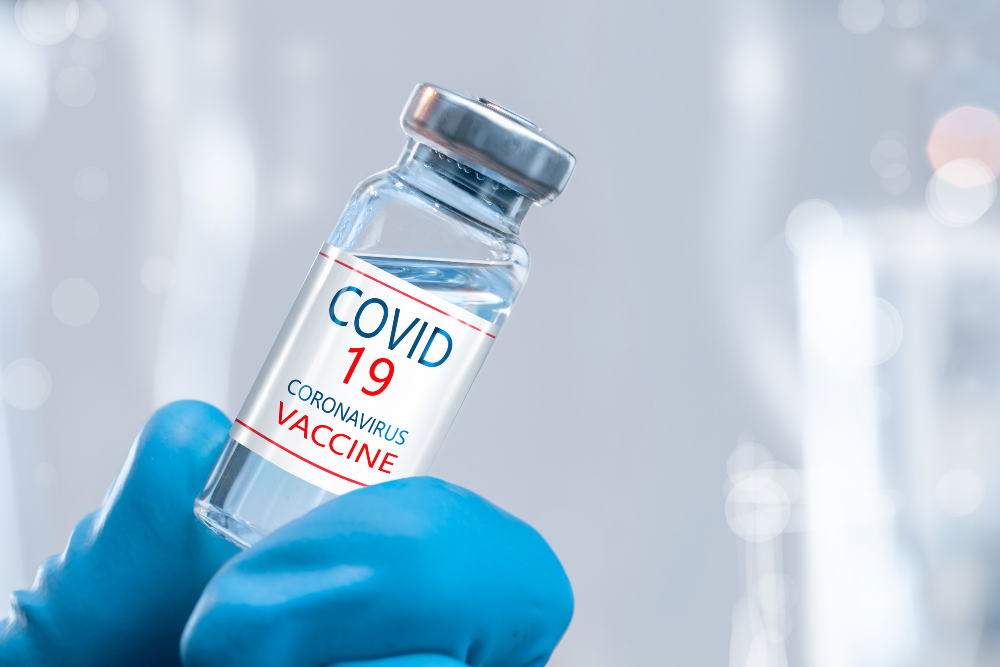 It has been a little more than a year since COVID-19 was released on the world causing widespread respiratory illness, death and major disruptions in the world’s economies and in people’s daily lives.  From the beginning of the pandemic, it was recognised that a vaccine that prevented the acquisition and spread of the virus, SARS-Cov-2, was needed.  Enormous effort has been expended by industrialised nations to develop a vaccine and test its efficacy and safety.

Almost immediately, individual scientists, pharmaceutical companies, and government health agencies began working on a vaccine.  COVID -19 vaccines currently at some stage of development are said to number 214, with 52 of these in clinical trials.  This represents a remarkable focusing of intellectual effort on a single infectious disease over a short period of time.  Even more astonishing has been the recent introduction of two vaccines effective and safe enough to receive emergency use authorisation from United States and European regulatory agencies. By the time this essay has been published, it is expected that millions of people will have been injected with one of these vaccines.

A superficial analysis indicates that although the SARS-Cov-2 virus may be unique in its ability to spread and cause severe respiratory disease, its potential immunogenicity is no different than that of the many other viruses that plagued human beings before being controlled by successful vaccination. SARS-Cov-2 comprises more than 20 proteins; four of these are structural proteins, which have been shown to induce antibody and cell-mediated immune responses in experimental animals and humans: Envelope (E), Membrane (M), Nucleocapsid (N), and Spike (S). Vaccine developers have focused attention on the Spike protein, because of its critical role in allowing the virus to attach to and enter human cells.

Considering the immunogenicity of the SARS-Cov-2 Spike protein, it is intriguing that the first two vaccines to demonstrate efficacy in Phase III trials were based on mRNA. The mRNA technology, although sophisticated, powerful, and ‘high-tech’, is relatively new and until recently, has been tested only on very small human cohorts.  While United States and European regulatory agencies may have agreed that the Pfizer/BioNTech and Moderna mRNA vaccines are safe and effective, they, like all new technologies, have certain problems and limitations. These include significant, although not life-threatening, side effects; undefined long-term side effects; uncertain duration of the induced immunological response; and the need for storage at a very low temperature, complicating the logistics of worldwide distribution.

A third ‘high-tech’ vaccine, in development by University of Oxford, AstraZeneca and the Serum Institute of India, is based on a replication-incompetent chimpanzee adenovirus expressing a wild-type version of the Spike protein. At the time of publication of this essay, this productis approved for emergency use in Europe but not the US.

Amid the current exuberant enthusiasm for these new vaccines, it is worth examining some of the comparatively ‘low-tech”’ vaccines currently being used to prevent a number of troublesome, even deadly, human diseases.  All of these vaccines have the advantages of extensive and long-term experience in humans, low incidence of side effects, and relatively low cost of production and distribution.

A partial list of ‘low-tech’ vaccines currently in use is shown in Table 1. All are considered highly effective, with the possible exception of the influenza vaccine; its effectiveness varies with each season and in some seasons is reported to be as low as 40%. Although the toxicity profiles differ, these vaccines are considered well-tolerated. All have been in use for more than 10 years, and most for more than 25 years.  Long-term toxicities have not been documented. Of equal importance is that consumer acceptance of these vaccinesis high, with the exception of the HPV vaccine, which is viewed negatively by some consumers for religious-cultural reasons.

Numerous ‘low-tech’ vaccines to prevent COVID-19 are in development; a partial listing is shown in Table 2.  For example, inactivated virus vaccines from Sinovac and Sinopharm have been evaluated in Phase I-II trials, involving 600 and 320 subjects, respectively. Both vaccines induced high titers of antibodies that neutralized SARS-Cov02 in vitro, and both had excellent safety profiles. News reports suggest that one or both of these vaccines will be approved for use in China.

The Novavax vaccine is a recombinant Spike protein, but it is genetically modified so that the cleavage site between the S1 and S2 subunits is deleted and the two stabilising proline residues are present. The modified Spike protein exhibits rosette formation, which has been termed as a ‘nanoparticle’. This vaccine, when administered with an immunological adjuvant, induced high titers of virus neutralising antibody in a clinical trial, higher, in fact, than reported by any other COVID-19 vaccine to date.

The Biovaxys vaccine for COVID-19 and other viral diseases

The Biovaxys vaccine is the recombinant S1 subunit of the Spike protein that has been modified with the hapten, dinitrophenyl (DNP).  Hapten modification of proteins to increase their immunogenicity has a long history, beginning with the work of the immunologist and Nobel laureate Karl Landsteiner in the 1920’s. Landsteiner and other scientists showed in animal models that attaching a small chemical (a hapten) to a protein allowed that protein to be recognized by the immune system even if the animals were originally unresponsive to the protein. Simply put, the process of haptenization “teaches”a patient’s immune system to recognize and make target proteins more ‘visible’ as foreign, thereby stimulating a more intense immune response.

Biovaxys has developed a simple, low-cost procedure for manufacturing its Covid-19 vaccine – BVX0320. The recombinant S1 subunit of the spike protein is incubated with dinitrobenzene sulfonate for 18 hours, and then the excess hapten is washed out. Hapten modification of the protein is demonstrated by standard methods. The DNP-modified S1 subunit is aliquoted and frozen in a standard freezer until use.

BVX-0320 has been found to be highly immunogenic in a murine model. Graded doses of vaccine (10ug, 3ug, 1ug, or 0.3ug) were mixed with QS21 adjuvant and injected subcutaneously. Two doses were administered – priming dose followed 4 weeks later by a boosting dose.  High titers of antibody to the unmodified S1 subunit, measured by ELISA, were detected in all mice given the 3ug and 10ug doses; median titers were 1:9,430 and 1:4,800 in the 3ug and 10ug groups, respectively. Perhaps more importantly, significant activation of T cells, both CD4 and CD8, was observed.  No significant toxicity was observed in the mice, even at the highest dose.

The Biovaxys haptenization strategy constitutes a platform technology in that it is adaptable to almost any virus-derived protein.  A significant mutation in the spike protein of SARS-Cov-2 could render ineffective all of the vaccines currently in clinical development. Biovaxys has the capacity to rapidly respond to the development of a mutation, simply by substituting the mutated for the original protein. Moreover, it is reasonable to expect that currently available recombinant viral protein vaccines could be improved by haptenization.

A diagnostic test for T Cell-mediated response to viruses

Using methods that are available to commercial laboratories, it is possible only to measure antibody-mediated immunity to SARS-Cov-2.  There is now a large body of data indicating that assaying T cell-mediated immunity to the virus is of equal or greater importance.  A simple, rapid, and inexpensive technology that could screen large populations for T cell responses would constitute an important new weapon in the fight against COVID-19.

Biovaxys proposes to use Delayed-Type Hypersensitivity (DTH) as such a test.  DTH is known to be a measure of T cell immunity and has been used for many years for other infectious diseases including, tuberculosis, fungal diseases, and mumps.  The test is performed by injecting about 0.1ml of test material, eg., SARS-Cov-2 spike protein intradermally and inspecting the site for erythema and induration 24-48 hours later.  The test is quantitative since the reaction is measured with a ruler or a cell phone app.

The introduction of a DTH test for COVID-19 would have a major impact on the development of vaccines and would assist in identifying people who already have T cell immunity and therefore have a lesser need for administration of scarce vaccine.

COVID-19 is a serious public health problem and it is encouraging that so many vaccine technologies are being investigated.  Although the enthusiasm for ‘high-tech’ approaches, such as mRNA, is understandable, the potential problems with such approaches must be appreciated.  The excellent track record of traditional, ‘low-tech’ technologies and the scientific and economic benefits of these approaches should be recognized by physicians, scientists, and public health decision makers.

Table 1 – ‘Low-Tech’ vaccines in current use

David Berd, MD, is a medical oncologist with a lifelong record of clinical research in medical oncology and cancer immunotherapy. Over the course of his career, Dr. Berd has published more than 85 original papers in numerous medical journals alongside dozens of editorials, reviews and abstracts. He has ten issued patents dealing with cancer vaccines. Dr. Berd received his BS from Pennsylvania State University and his MD from Jefferson Medical College of Thomas Jefferson University.