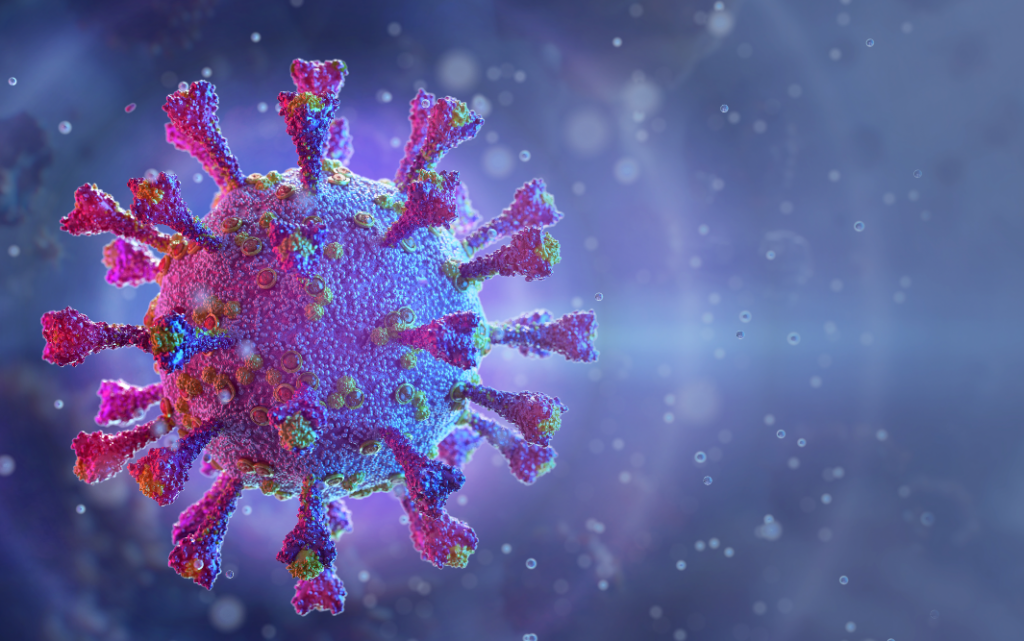 The team was singled out for its work, ​AI-Driven Multiscale Simulations Illuminate Mechanisms of SARS-CoV-2 Spike Dynamics, which shines light how the SARS-CoV-2 virus infiltrates the human immune system, setting off a viral chain reaction throughout the body.

“We are excited to have won this prestigious award,” said Arvind Ramanathan, an Argonne computational biologist and Co-Principal Investigator on the project. ​“The whole point is to push the boundaries of what we can do with AI. The ability to scale such a huge set of simulations and use AI to drive some factors was key to this work.”

Supporting a large collaboration of research organisations and scientific disciplines, Argonne explored the use of artificial intelligence and high-performance computing resources to study, in great detail, the complex dynamics of the spike protein, one of the key proteins in the SARS-CoV-2 virus. The research was supported in part by the the DOE’s National Virtual Biotechnology Laboratory with funding from the Coronavirus CARES Act.

The team, comprised of nearly 30 researchers across 10 organisations, is trying to understand how that protein binds to and interacts with one of the first point of contacts with the human cell, the ACE2-receptor protein. That binding begins a cascade of events that eventually lets the viral and human cell membranes fuse, allowing the SARS-CoV-2 virus to enter and infect the host.

Proteins aren’t static, they have a range of motions that span multiple length- and timescales and it’s not always understood which motions are important, Ramanathan, an Argonne. To understand and simulate those actions requires a huge amount of data and computing resources.

Developing a reasonable simulation of the spike protein alone can create a huge system consisting of approximately 1.8 million atoms and simulations can consist of enormous datasets that tax the resources of even the largest supercomputers. In order to make that data more accessible for interpretation, the team developed a machine learning method that can summarise large volumes of data.

“One of the key things that this method allowed us to do was to determine what was interesting, what was important, even those things that were not obvious to the human eye,” said Ramanathan. “So, when you look deeper using the simulations, you start seeing significant changes in the protein structure, which told us something about how the spike protein opens up such that it can interact with the ACE2 receptor.”

As the size of the systems they were working on grew, the team faced challenges of scaling all of the data to run fluidly on today’s biggest and best supercomputing systems, as well as their key components.

Because many of the machine learning models they were training on these large simulations needed to be efficiently scaled for use on supercomputers, they partnered with NVIDIA, a leader in GPU and artificial intelligence design, to effectively run the models on Summit, at the DOE’s Oak Ridge National Laboratory. The team also used many of the top US supercomputers to uncover alternate ways to handle the deluge of data.

“Given the complexity of the data, trying to understand the ACE2 receptor-spike interaction seemed almost impossible at this scale,” Ramanathan confided. “One of the things that we clearly showed was that we could actuate a sampling of these dynamical configurations, pushing the idea that we could use AI to bridge these different scales.”

The data generated, so far, is providing new insights into how the stalk region of the spike protein changes its overall motions when it interacts with the ACE2 receptor, he said. Eventually, these kinds of insights derived from the highly conjoined combination of machine learning and simulation will help facilitate antibody or vaccine discoveries.