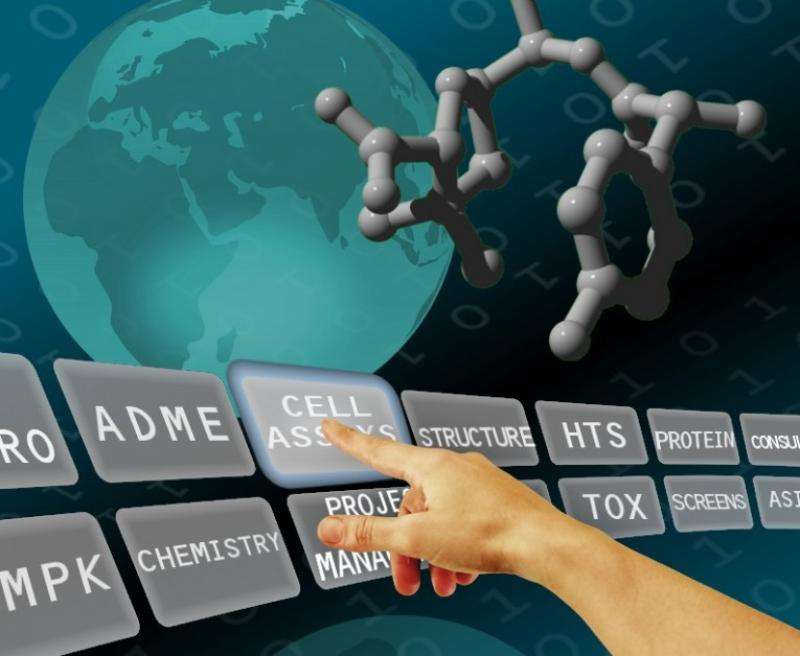 Christopher Voigt is a professor of biological engineering at the Massachusetts Institute of Technology, where his lab focuses on synthetic biology. Two major areas of interest for him are developing a genetic programming language for cells and applying synthetic biology to biotechnology challenges.

Ultimately, Voigt aims to design whole genomes for applications from agriculture to medicine. DDW chatted with Voigt to learn more about the impact this field will have on pharmaceutical workflows and drug pipelines.

Recently, Christopher Voigt’s laboratory has been working with scientists in pharma to evaluate the utility of synthetic biology for drug discovery. 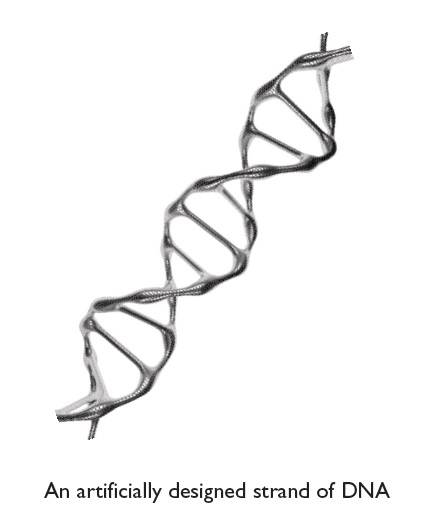 Various market research studies have pegged the value of the global synthetic biology market at about $5 billion, with compound annual growth expected to be as much as 35% for the next several years. Interest from pharmaceutical and biotech companies is one of the main drivers for the increased demand (1,2).

DDW: You’ve said that genetics has largely been a catalogueing field so far. What do you mean by that?


Christopher Voigt: With the rise of affordable DNA sequencing, scientists have been analysing and storing genome information about virtually every organism you can imagine. With metagenomic and microbiome studies, scientists are now cataloguing organisms that couldn’t be cultured in a lab, rapidly expanding the DNA information available to the community and sometimes providing a first look at microbes living around us. Generating this data has been a valuable exercise, but so far it hasn’t been clear how we could harness that information and go back to biology as a means for drug discovery. 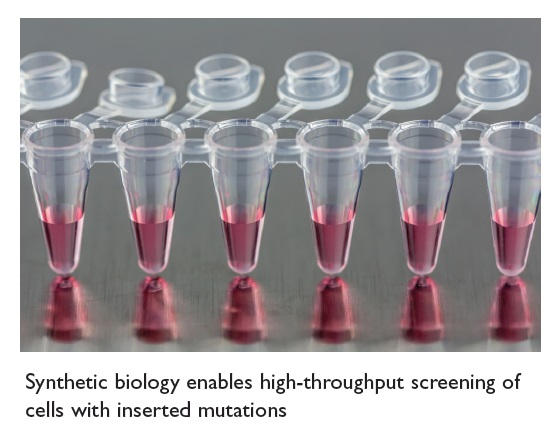 DDW: How will synthetic biology change that?


Christopher Voigt: With bioinformatic tools, we can analyse the genomic data the community has collected and see pathways making all sorts of potentially interesting compounds, such as small molecules being produced in the gut that are somehow interacting with the host. But before synthetic biology, there was no way to access pathways from metagenomic sequence data and use it for drug discovery.

DNA synthesis, the technology underpinning much of synthetic biology, lets us synthesise the genes or pathways and move it into a new host for study. We can access and analyse those natural DNA sequences even when the organism has been long lost, recoding the DNA to make it compatible for another host.

Synthetic biology allows us to control the levels of expression and timing and to engineer the pathway for optimal performance. Being able to delve into genetic databases to find DNA responsible for interesting new compounds is an important way to access the investment in sequencing databases and discover new biological functions for use in medicine. 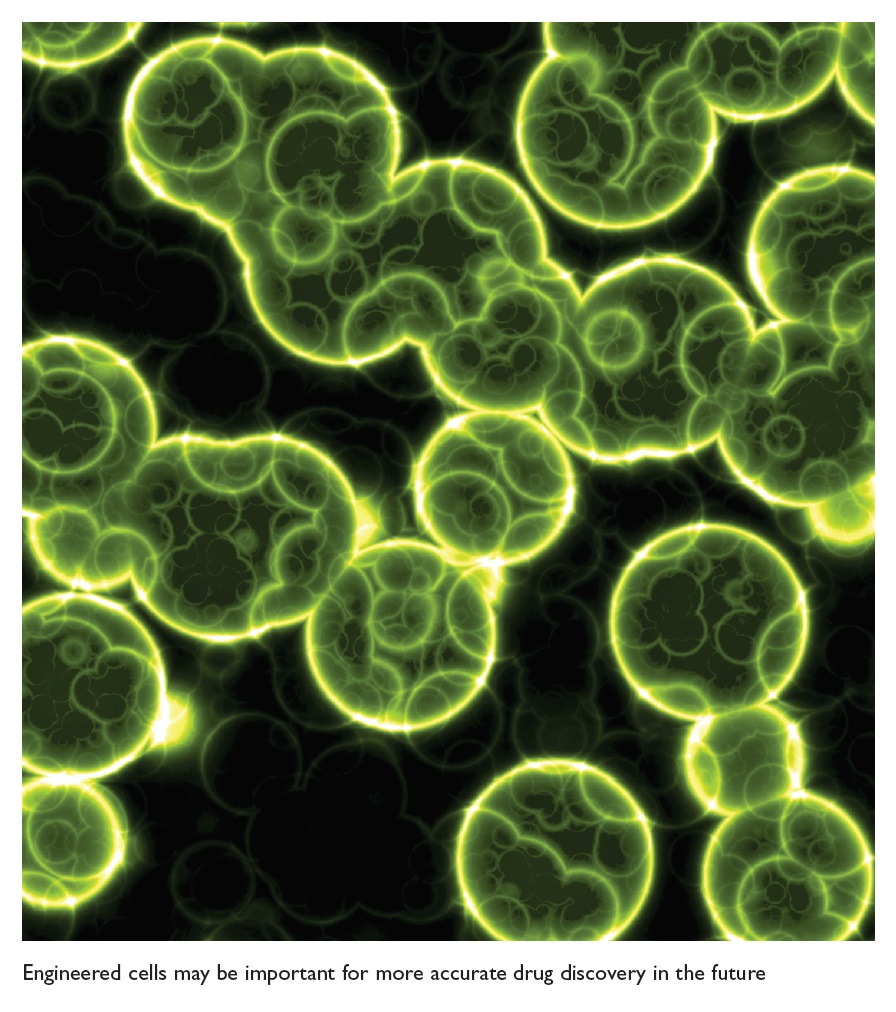 DDW: What you’re describing sounds like a virtual approach to drug discovery.

Christopher Voigt: I see synthetic biology helping to turn drug discovery into an information science. Instead of prospecting for novel compounds in rainforests, scientists will mine databases for genes or proteins of interest and test thousands of iterations of each one to identify the best performer. This future involves a shift in drug discovery from serendipity to rational design, and promises to help us create and produce safer, more effective therapies with less chance of late-stage failures in clinical trials.

DDW: Synthetic biology has been around in research labs for years now. Why is it suddenly poised to have such a major effect in drug discovery?

Christopher Voigt: Only recently have the technologies underlying synthetic biology become robust, scalable and costeffective enough to move this field into areas such as drug discovery and development. With improvements in gene synthesis, bioinformatics and the number of biological parts available, synthetic biology is now ready for use at industrial scale.

It’s important to remember that synthetic biology is still in a fairly rudimentary phase compared to fields like organic chemistry, where scientists can identify a synthesis path to virtually any chemical with great reliability. That’s a grand challenge for synthetic biology – being able to build any desired chemical structure by combining enzymes from different organisms – but we’re still a long way from achieving it. There are many complex chemicals, for example those containing many functional groups or steriocentres, where a biological route would be particularly suited. In addition, cells can achieve high yields unde r ambient conditions. 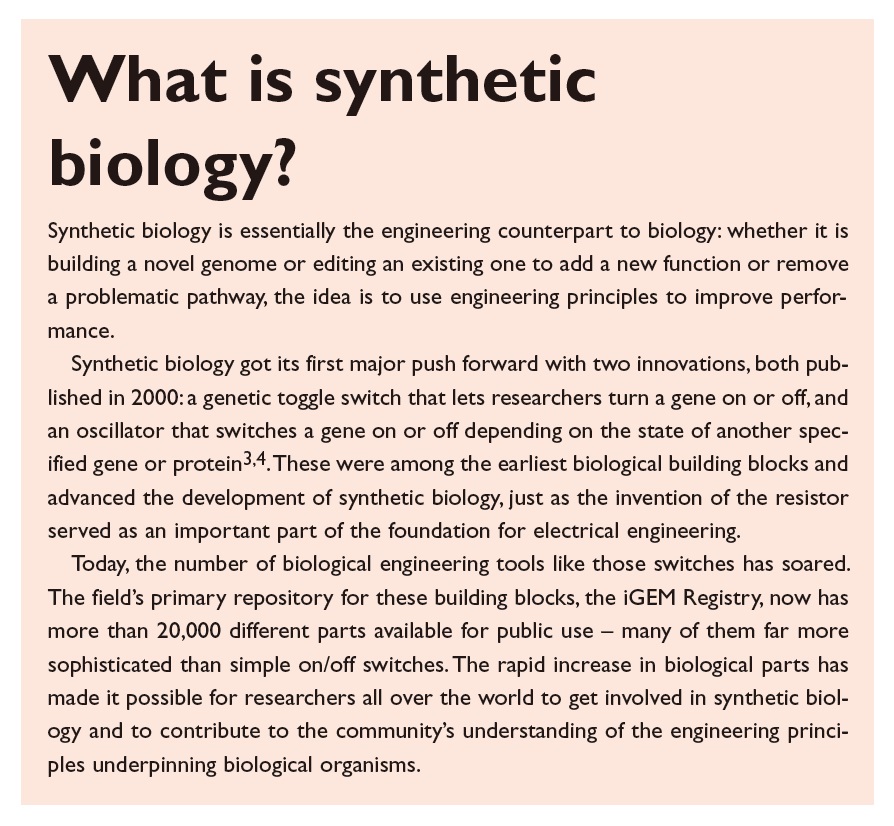 DDW: But it’s not as simple as finding a compound in a database and recreating it.

Christopher Voigt: Finding the right compound, whether it’s in our own gut or in a genetic database, is only the beginning of the synthetic biology process. Successfully engineering the genes or pathways into a host organism involves significant effort to recode the DNA, selecting the right codons for optimal gene expression and streamlining the sequence to ensure that it doesn’t introduce any unwanted processes along the way. This method is known as metabolic engineering and is used to enable rigorous, industrial- scale production of the compound. 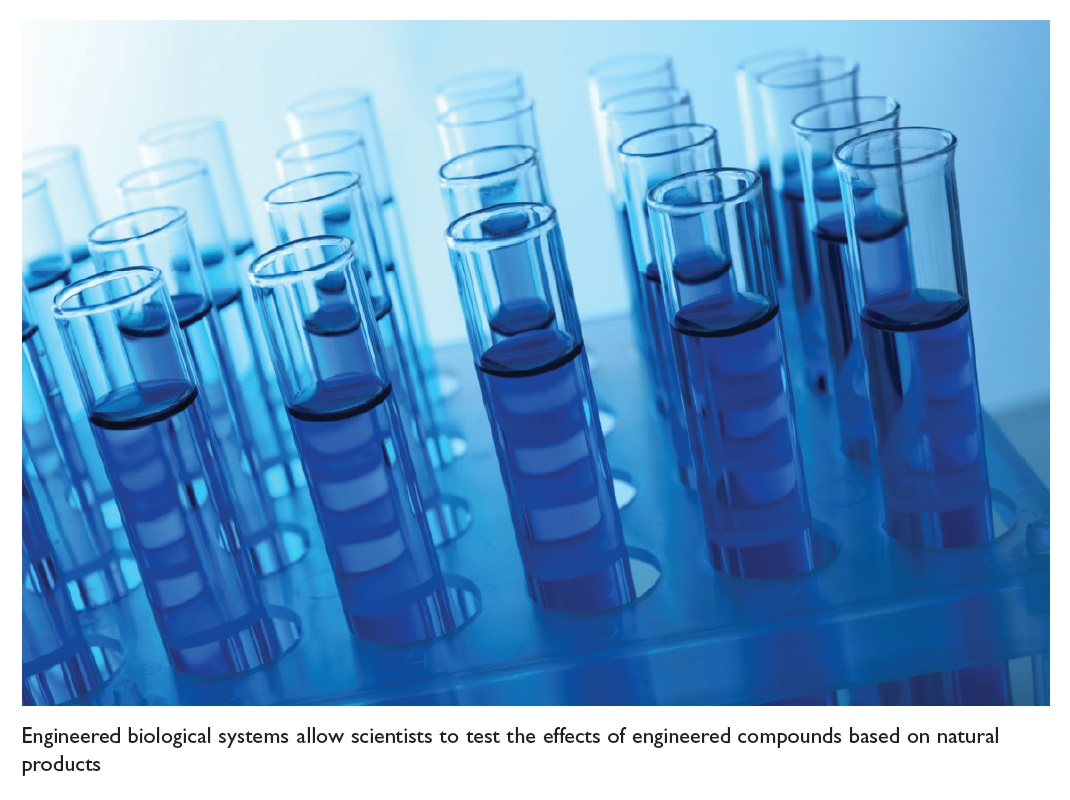 DDW: You mentioned that this kind of screening has been associated with high costs. What’s changed to make it more affordable?

Christopher Voigt: DNA synthesis prices have gone down tremendously, for de novo synthesis to build a pathway as well as for assembling genes into many variations such as the variant libraries needed for antibody or enzyme screening. There are now large, highthroughput DNA construction efforts with muchimproved design tools. As costs decrease, scientists can use gene synthesis for larger and larger experiments. For the first time, our ability to produce compounds is matched with our ability to screen them, with large quantities of synthetic DNA available and affordable for massive screening efforts. 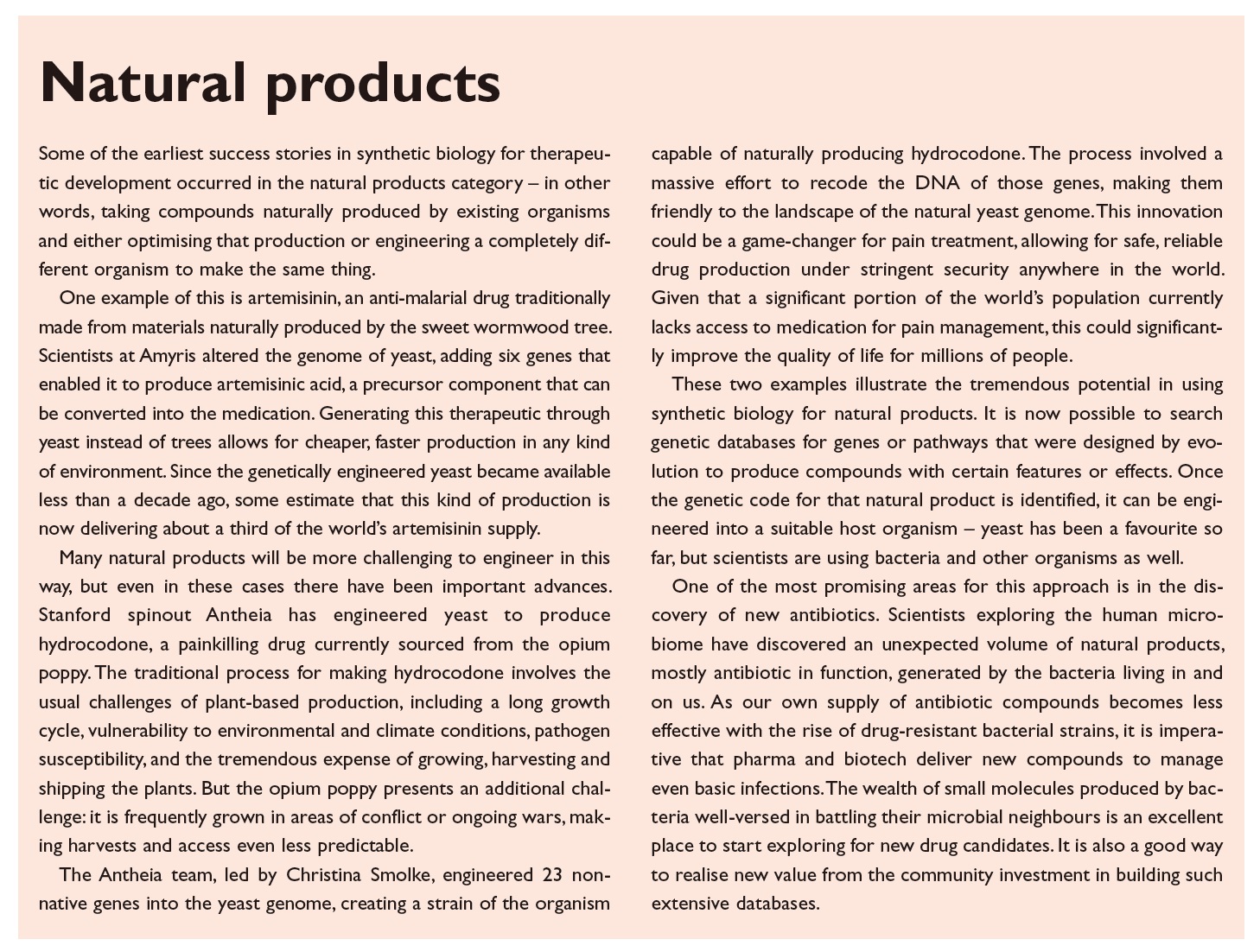 DDW: Did this price drop stem from a new technology?

Christopher Voigt: What has changed is the scale of synthesis and the efficiency of workflows for producing these pieces of DNA. Some DNA synthesis companies have incorporated elements from tech fabrication, like semiconductor chips, to multiplex and miniaturise the process.

Meanwhile, research labs have implemented their own changes to reduce the cost and improve the quality of synthetic DNA. Labs often have to stitch together the short pieces of DNA we get from service providers to make the full-length multi-gene constructs we’re interested in studying. There are a number of facilities that have been established to accelerate the process of realising genetic designs.

For example, we partnered with the Broad Institute to build the MIT-Broad Foundry. Automation is key to the process and this has been aided by technologies developed for other purposes. For example, a number of facilities have found the Echo acoustic liquid hander by Labcyte valuable for combining DNA fragments to cost effectively build megabase-scale libraries. 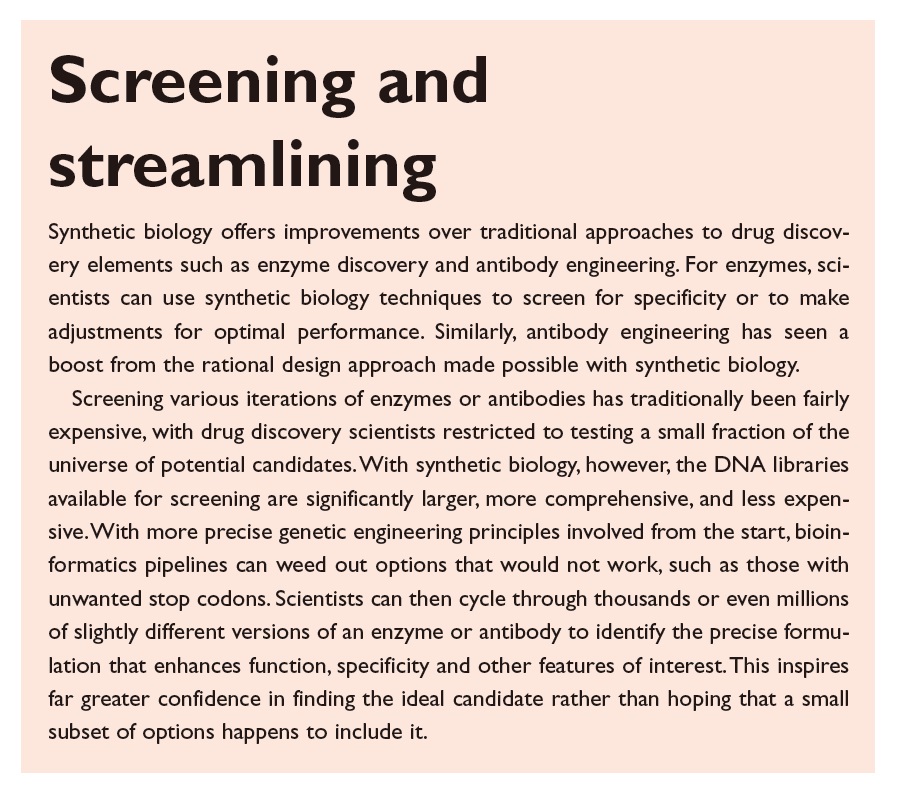 Christopher Voigt: Ultimately, this is all leading to the transformation of drug discovery into an information science, which offers exciting potential for the types of compounds evaluated as well as for the safe and reliable production of successful candidates. Perhaps one day synthetic biology will be even closer to synthetic chemistry, with scientists able to build biological blocks based on elements we imagine, rather than ones we can find in the natural world.

The most important outcome will be the introduction of unprecedented numbers of new drug candidates, with biological engineering making it possible to improve their safety and efficacy even before human clinical trials begin. Synthetic biology will help remove the guesswork that has long accompanied drug discovery and should give scientists greater confidence in drug candidates at an earlier stage of the pipeline.

This article originally featured in the DDW Summer 2016 Issue