Immunocompromised are ‘forgotten’ when it comes to viral protection 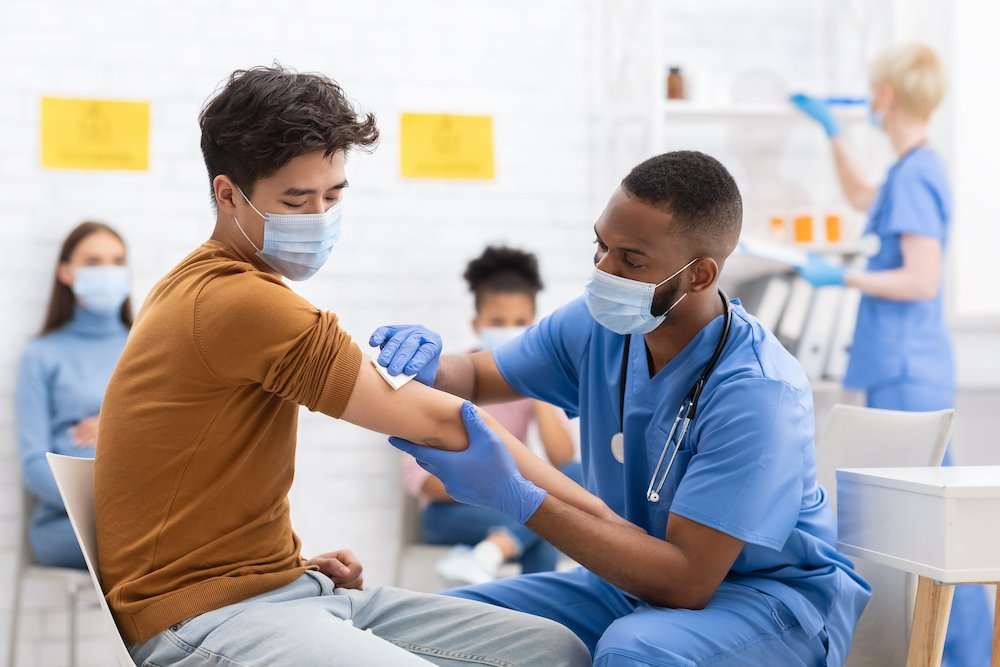 As public awareness about vaccines continues, there’s a population of people that is at increased risk of infection – the immunocompromised. Dr. Jeffery Stein, CEO of Cidara and an expert in viral diseases is passionate about the progress he’s seen with drug-Fc conjugate (DFCs), a new class of immunotherapeutic antivirals, which act directly on the virus to provide protection –bypassing an individual’s natural immune response.

So it’s clear that vaccines are not sufficient to protect the immunocompromised population. It has been over two years since the Covid-19 pandemic began and more than a year since the first generation of vaccines became available. Now, due to the safety and effectiveness of these vaccines1, almost all US states have lifted government-mandated Covid-19 restrictions2. But for some, despite the availability of safe and effective vaccines, the hope of returning to their pre-Covid ‘normal life’ anytime soon is bleak.

Immunocompromised: Who are the ‘forgotten’?

According to the latest estimate3, almost 3% of US adults, or about 7 million people, have a weakened immune system incapable of naturally protecting them from invading pathogens, such as viruses, nor can they mount an adequate immune response to vaccines. Many factors can compromise natural immunity, one is simply ageing.

The immune system is a complex network of cells and tissues that detect invading pathogens and communicate effectively to mount a robust enough immune response to eliminate them. But this intricate system can naturally weaken with age — a process called immunosenescence5. Regardless of age, people can become immunocompromised from disorders that destroy immune system function like HIV/AIDS5 and primary immunodeficiency disorders (PIDD)6 or by taking immunosuppressive medications7 like those for managing conditions like cancer, autoimmune disorders or the prevention of organ transplant rejection. Because of the immune system’s critical protective role, this vulnerable population is susceptible to infections and more severe accompanying complications. For example, Covid-19 infected immunocompromised people are more likely to require hospitalisation8 and are about four times more likely to die9 once in the hospital than hospitalised immunocompetent Covid-19 patients. These vulnerabilities are not unique to Covid-19, as immunocompromised individuals are also at greater risk of infection and severe complications from the seasonal flu10 and the common cold11. So what protective strategies exist to help the immune system fight viral infections, and are they enough for this vulnerable population?

Vaccines: Protection for some, not all

When the immune system first encounters new pathogens, it can take several days or weeks to mount the robust response12 needed to clear them from the body. For most viral infections, vaccines13 can help expedite this process by priming the immune system to recognise and respond to antigens on the surface of the virus. But vaccines require a healthy immune system to provide the most effective protection, leaving immunocompromised individuals vulnerable.

Vaccines teach the immune system to recognise viruses so that upon actual infection, it has the necessary tools, such as antibodies and T-cells, to eliminate them — a process called active immunity14. For those with a healthy immune system, this type of immunity can confer long-term, and sometimes life-long, viral protection depending on the vaccine and pathogen. For the immunocompromised, vaccination provides better protection than natural immunity alone, but not nearly to the same degree of durability or robustness as in healthy individuals.

In contrast to the active immunity offered through vaccines, viral protection can also be delivered impassively18 without triggering an immune response. This is done by directly administering an individual with engineered, virus-specific monoclonal antibodies (mAbs) to fight the pathogen. Passive immunity can occur naturally19 early in life when an infant receives antibodies through the mother’s placenta or breast milk, offering protection from pathogens before the immune system is fully developed. But this process can also be applied therapeutically for those with weakened immune systems since it does not place the burden of antibody production on the individual like vaccines.

Over 130 therapeutic mAbs are currently approved or under review20 in the US to protect against various conditions for viral and non-viral diseases. Additionally, mAbs against influenza21 are in clinical development and those for Covid-1922 have been FDA-authorised for emergency use.

Since antibody therapies do not rely upon an immune system response for efficacy, they offer active protection unlike vaccines which can take days or weeks to elicit an effective immune response. However, mAbs have several limitations and do not confer long-lasting immune “memory”23 once cleared from the body in the way that vaccines can. Because of this, mAbs are generally limited to the post-exposure treatment of viral infections instead of the long-term prevention made possible by vaccines.

Nevertheless, mAbs have been proven to be effective, particularly for the immunocompromised population. For example, while clinical trial data are limited, mAbs have been shown to protect immunocompromised individuals from severe infections caused by RSV24 and Covid-1925. For influenza, clinical data are mixed, showing that mAb therapy can effectively clear mild infections by influenza A in human challenge studies but not for those hospitalised with severe infection26. And while there are no studies investigating mAb efficacy against influenza in immunocompromised humans, pre-clinical studies27 have shown that they can provide sufficient protection in influenza-infected immunodeficient animals.

Another inherent liability of mAbs is a lack of strain coverage. For example, a lead influenza mAb in development only covers influenza A but not influenza B, which in any given year can account for a large proportion of annual cases of the flu. MAbs for Covid-19 have been approved over the past year, mainly for the treatment of Covid-19, however most have been removed from the market as they do not cover newer dominant variants of the virus28 comprising the majority of new cases of Covid.

Another limitation of mAbs is their high-cost relative to vaccines and their poor tissue penetration. Together these limitations result in a price-per-dose of mAbs which renders them commercially impractical for use in the protection of broad populations.

While mAbs may offer important advantages over vaccines for immunocompromised populations, approaches that can offer more reliable, broad spectrum and cost-effective viral protection have until recently been lacking.

While vaccines can confer long-term protection in immune-competent individuals, and mAbs can effectively treat immunocompromised individuals, albeit with important limitations, neither modality is suitable for rapid short-term treatment in both populations.
Small molecule drugs are typically orally-administered therapies that target highly conserved proteins that are essential for viral survival or replication. Because they do not rely upon an immune response for efficacy, these drugs are effective in both immune-competent and immunocompromised individuals. Moreover, small molecule drugs reach efficacious exposures in target tissues quickly so are suitable to treat infections in broad populations.
Last year, an oral, small molecule therapy was approved for the treatment of mild to moderate Covid-19 infections in adults and paediatric patients. This therapy targets the DNA replication machinery in the SARS-CoV-2 virus which is essential for viral replication. Despite its high efficacy rate in clinical trials, this treatment is limited to five-days of therapy and there are already reports of ‘rebound’ infections. In addition, as with many oral, small molecule drugs, this therapy has a host of toxicities due to off-target activity and drug-drug interactions that severely limits its broader use.

For the immunocompromised, the ideal viral protective approach would offer the long-lasting protection of vaccines in the immune-competent, coupled with the targeted efficacy of mAbs and small molecule drugs in the immunocompromised without the attendant liabilities. While no such therapy is currently approved, a new approach, Drug-Fc Conjugates (DFCs), is in clinical development for universal protection against influenza. Over the past 20 years, drug conjugation has grown through a new class of therapeutics, antibody-drug conjugates (ADCs). These consist of a monoclonal antibody, which selectively binds to cancer cells, linked to potent cytotoxic drugs that kill the cells once inside. This approach offers enhanced specificity and safety over less targeted and more toxic treatments. Pre-clinical studies show that early ADCs for HIV have longer half-lives, increased potency and higher selectivity with reduced off-target effects. However, the most promisingADCs for HIV have yet to reach clinical trials.

An alternative form of drug conjugation, called a drug-Fc conjugate (DFC), currently in a Phase I29 trial for influenza, has made further clinical progress. Structurally, DFCs are a 180-degree different from ADCs. Instead of using a monoclonal antibody to target a virus or cancer cell as in ADCs, DFCs utilise potent and selective small molecule drugs conjugated to the Fc domain of a human antibody. The antiviral or anticancer drug provides for potency and selectivity while the Fc domain provides for extended half-life and can be tuned to attract an immune response against the target virus or cancer cell and thereby adding another dimension of activity. As with mAbs and small molecule drugs, DFCs are designed to work without the need for an active immune response and are designed to offer lasting protection and efficacy in immunocompromised as well as immune-competent individuals.

In influenza, this approach could offer advantages over current flu vaccines and drugs, providing universal protection against all influenza strains for all people, including those with compromised immune systems.

IND-enabling studies30 for a universally protective DFC– CD388 – are promising, with a single dose providing durable, robust protection against all known seasonal and pandemic influenza strains in lethally infected rodents.Though they can be tuned to engage an immune response, this activity is not essential for efficacy and DFCs have been shown to have the same durable protective effects in immunodeficient mice31, supporting their potential advantages over vaccines for immunocompromised individuals. DFCs are also in development32 for RSV, HIV and SARS-CoV-2 as well as cancer treatment. CD388, being developed by Cidara Therapeutics in partnership with Janssen Pharmaceuticals, is currently in Phase I clinical testing to confirm its potential for once-per-season dosing seen in IND-enabling studies.