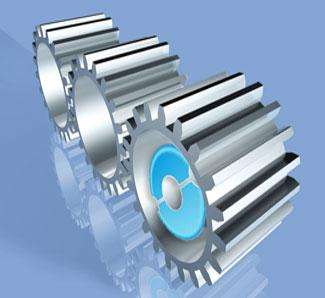 By John Dulchinos and Peter Massaro

The pharmaceutical industry has never been a harbinger to change and modernisation, indeed, it is readily accepted that it is a good decade behind other industries in terms of its adoption of industrial automation.

This article argues that, with the demands for miniaturisation and ultra-high throughput analysis together with comprehensive tracking information and the need to assimilate that information into larger databases, the pharmaceutical industry cannot ignore the benefits that industrial automation can bring to the research laboratory.

In particular, medical device assembly is now heavily automated, more clinical diagnostics laboratories are using robotics to reduce turnaround times, and even delicate procedures such as heart and prostate surgery can now be performed by robots. However, research laboratories in the life sciences have been slow to embrace the advances gained by using industrial automation and have tended to adhere to standards set by conventional laboratory instrumentation – leaving them about 10 years behind their counterparts in other industries.

Figure 1 details the progress of industrial automation over the past few decades. The status of current laboratory automation falls between the first and second columns. 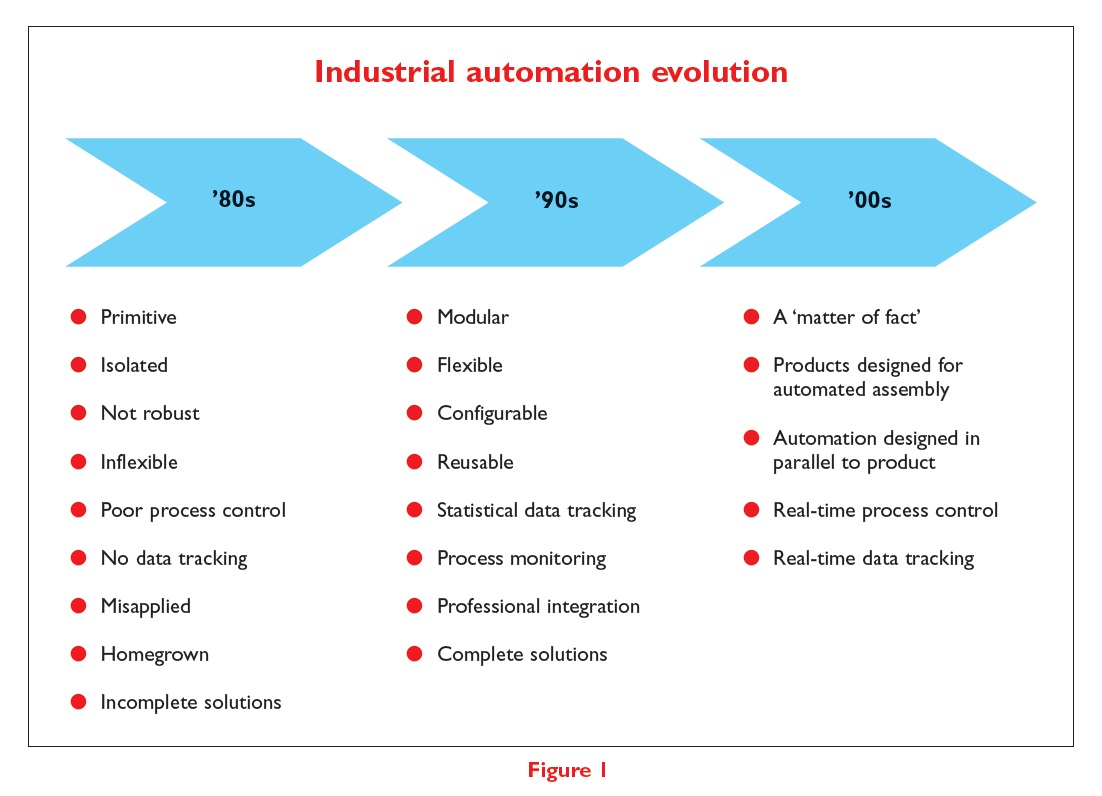 Industrial automation technology has the potential to revolutionise conventional laboratory sample processing. Adopting this technology will enable a lab to preserve the scientific integrity of a test and enhance performance while simultaneously maximising efficiency, minimising risk and maintaining scientific credibility.

Lean Automation is a technique which applies the right amount of automation to a given task. It stresses robust, reliable components and minimises overly complicated solutions. The combination of these two techniques assures very high yield and reliability of a given process.

Typically, manufacturing systems built to produce consumer products such as cell phones or PDAs will maintain a 98% uptime and a 98% yield of fully tested and functional assemblies. These manufacturing lines perform testing, process control and data tracking at every assembly step. In essence, this means the automation system is built to perform each step of a process and then tracks those steps along the way to ensure process integrity.

DFA and Lean Automation techniques are mostly absent from today’s laboratory. Designing a scientific process that is mapped to an automation system is a rare occurrence. Quite often, conventional manual scientific processes are simply replicated on instrument-based laboratory systems. This practice misses the opportunity to improve the overall process. Laboratory researchers can benefit from lessons learned in the electronics and automotive manufacturing industries where DFA and Lean Automation have reduced costs, improved throughput, and provided a previously unattainable level of quality, process control and data integrity.

Industrial automation also uses a wide variety of sensing technologies to enable a robot to adapt to its environment. These sensing technologies can be applied across a variety of laboratory operations such as pipetting and plate handling. While sensors are currently employed in laboratory systems, they are far less prevalent than in industrial systems. Examples of inadequate sensing techniques can be found in detectors which do not have plate present sensors, or thermal cycles which do not have open and closed lid sensors.

Even in the case of liquid level sensing, lab systems merely register the absence or presence of liquid level; they do not provide a qualitative assessment of the sample as a vision system would (see Figures 2 and 3). 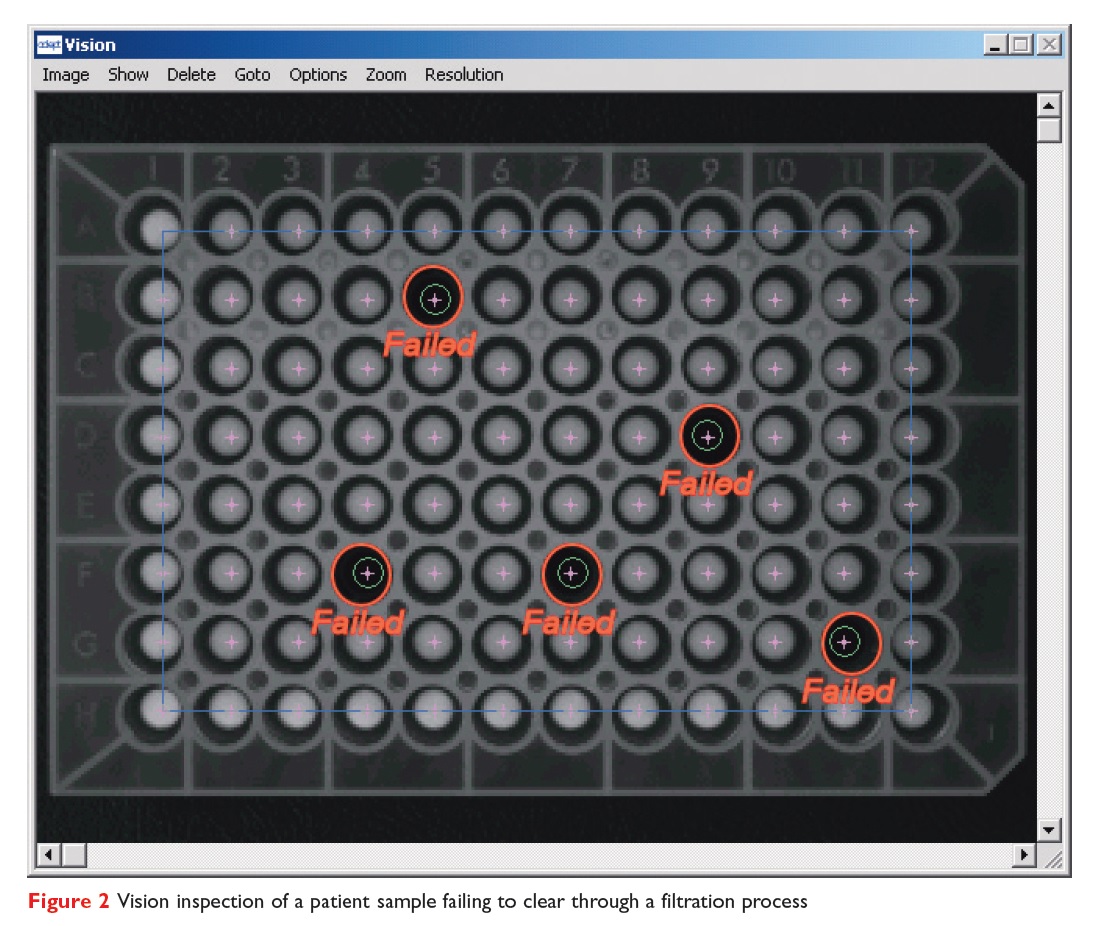 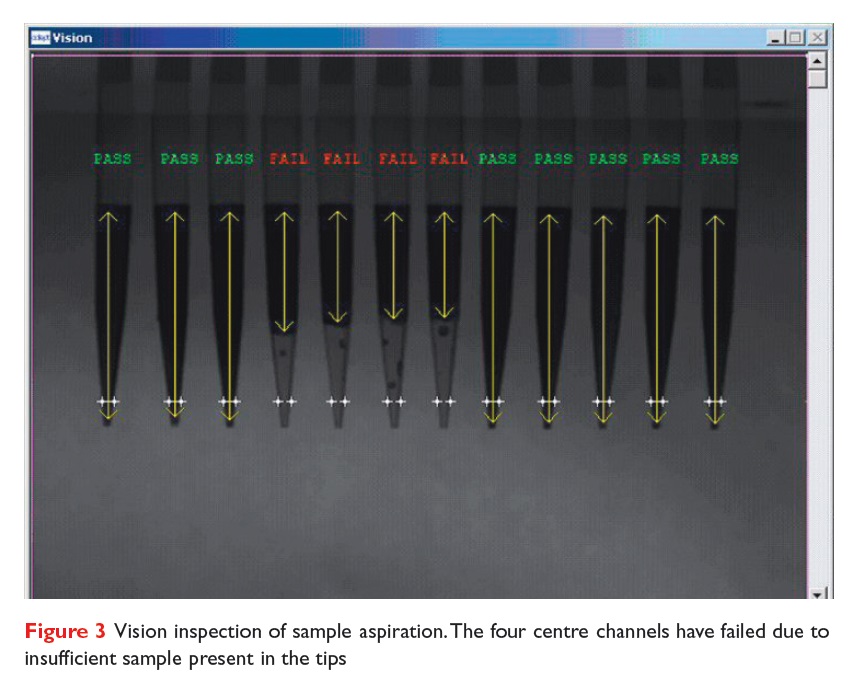 Advanced sensing technologies such as vision systems are standard features of most industrial automation. A machine vision system is equivalent to a whole array of sensors that are able to give quantitative and qualitative data about the target. These systems provide effective and reliable feedback which allows the robot to adapt to its environment and track its progress.

Modern industrial automation employs this type of sensing technology to deliver better repeatability, accuracy and speed. While vision systems can be a costly addition to an automation solution, the benefits must be weighed against the risk of nonconforming processes, inaccurate pipetting steps and the time wasted by a failure to correct errors as they occur.

In addition to sensing advances, industrial automation principles emphasise the use of precise, high-speed servo motors over the popular but relatively limited stepper motors used in typical laboratory automation. These ‘Open loop’ stepper systems can move the motor a predetermined number of discrete steps at a prescribed speed, but there is no way to pinpoint the location of the robot. While an operator can stop or start the robot, that operator will be unable to monitor the robot’s movements during an operation. Furthermore, stepper-based systems can miss counts as a result of either human intervention or colliding with objects.

This causes a positional error that, if left undetected, could result in contamination and faulty results. Servo motor systems work with sensor technologies called encoders to provide continuous positional feedback. Encoders employ triple redundant sensing technology which is continuously cross-referenced by the servo control. These technologies ensure that servos are always in the desired position and eliminate motion control as a variable.

Another advantage of industrial design is distributed control. Distributed control philosophy calls for many autonomous control systems to be linked to a central CPU. Autonomous controls are responsible for a discrete task and continuously monitor the status of that task. In some industrial systems, dozens of controllers continuously orchestrate motions and sensing to complete a manufacturing process. In these systems, the central CPU only needs to monitor the high-level success or failure of the distributed controls.

By contrast, traditional laboratory automation employs one centralised controller which must regulate all resources. This is not only CPU intensive, but risky, as the failure of even one component can immobilise the entire system. For example, typical laboratory systems do not continuously monitor plate present sensors while transporting a plate. This condition prevails because the centralised CPU does not have enough resources to exercise its monitoring capacity while also performing motion tasks. Therefore, an improperly gripped plate may not be immediately detected by a central system.

A lab system might then drag this plate across the working deck, with contamination and assay failure as the end result. In such a situation, a distributed controller located in the gripper would be more responsive to errors. The gripper control would detect a dropped or improperly gripped plate immediately and stop the system before widespread contamination or assay failure could occur.

Another key benefit of distributed controls is the ability to easily integrate additional components into the system. In most cases the central controller can be configured to accept distributed controls without the need to reprogramme the core software. This greatly reduces the expense and effort of adding components to a system.

Ultimately, the demand for miniaturisation, ultra-high throughput analysis, error tracking, sample and data tracking, and the need for integration into larger databases will tip the scales towards technology that can address these challenges. Industrial automation, which is now more accessible than ever, can bring the benefits of robust, reprogrammable and multipurpose systems to meet today’s laboratory challenges.

The result will be improved process control, increased yields, better quality, streamlined production and reductions of labour and waste. Ultimately, this will provide laboratories with the best return on investment. DDW

John Dulchinos is Vice-President of Robotics for Adept Technologies and is an active member of the robotics industry, serving on the Assembly Technology Expo advisory board from 2003 to 2005 and on the board of directors of the Robotics Industry Association from 2003 to 2004. Mr Dulchinos holds both Bachelors and Masters Degrees in mechanical engineering with a concentration in robotics.