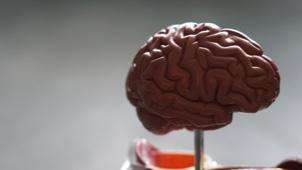 AFFiRiS has announced that detailed results of the phase 1 clinical program with its lead candidate PD01 in early PD patients were published in the peer-reviewed journal The Lancet Neurology.

Results of the phase 1 clinical program with AFFiRiS’ lead candidate PD01 in early Parkinson’s disease (PD) patients have been published in the peer-reviewed journal The Lancet Neurology.

The results of the long-term phase 1 trial series demonstrated that repeated immunisation with PD01A is safe and well-tolerated over an extended period of time. The data showed that active immunisation with PD01A leads to a positive antibody response specific for alpha-synuclein (aSyn), a protein that is believed to contribute to the pathogenesis of Parkinson’s disease. Active immunisation also resulted in a substantial reduction (mean of 51%) in the levels of aSyn oligomers in the CSF of patients who received the high dose therapy, which is interpreted as a sign of in vivo target engagement.

Extensive evidences support the role of soluble aSyn oligomers as a causative factor in the development of Parkinson’s disease and reducing the levels of aSyn oligomers could potentially have disease-modifying benefit in PD patients.

In the trial, the patients were randomised to receive four immunisations with two different doses of AFFiRiS’ drug candidate and were followed for at least 3.5 years to assess the safety of the PD01A immunotherapeutic. In particular, this was the first study to assess the feasibility and safety of a specific active immunotherapy against aSyn.

The results of this phase 1 study demonstrated that immunisation with PD01A is safe when repeatedly administered and was well-tolerated over an extended time period. With the exception of expected local injection site reactions, most AEs were considered unrelated to study treatment. No patient discontinued due to treatment emergent adverse events. Immunisation resulted in a significant increase in IgG antibody against the immunising AFFITOPE PD01 peptide already after three priming injections with a maximum titre being achieved at Week 12. This led to a specific humoral immune response against the aSyn target epitope. Moreover, the priming immunisations resulted in a substantial memory effect for the aSyn target epitope as evidenced by the reactivation and augmentation of the antibody response following booster immunisations. This resulted in the persistence of the immune response until study end.

Although the study was not designed and not powered to evaluate clinical efficacy, clinical signals of efficacy were observed. In particular, MDS-UPDRS motor scores were generally stable across the study series, in contrast to published data which reports a worsening in MDS-UPDRS scores in a similar patient population.

“The PD01A safety profile and the substantial sustained aSyn antibody response targeting both the toxic oligomeric and fibrillar form of aSyn, which are believed to contribute to the pathology of PD, may offer a promising strategy for long-term management of PD, addressing an urgent medical need,” said Dieter Volc Principal Investigator of the study series and Head of the Parkinson Center at the Privatklinik Confraternitaet, Vienna.

“The encouraging results, including signals for clinical efficacy, warrant the further development of our drug for the treatment of PD in a phase 2 clinical trial,” commented Noel Barrett, Chief Executive Officer, AFFiRiS. “Potentially, specific active immunisation approaches such as with PD01A might overcome the limitations of passive antibody infusion approaches for PD, caused by their short in vivo half-lives, and circumvent frequent and high treatment costs by stimulating a self-produced, long-lasting immune reaction.”

The data published in The Lancet Neurology is the first report of an active anti-aSyn immunotherapy associated with reduction of CSF aSyn oligomers in PD patients and points to the possible development of this protein as a potential biomarker for disease progression.

The phase 1 trial was supported by The Michael J. Fox Foundation for Parkinson’s Research. A phase 2 trial in early-stage Parkinson’s disease patients is in preparation and expected to start in the second half of 2020, depending on the emerging COVID-19 situation.

About the phase 1 clinical trial study:

The study was a patient-blinded, single-centre, randomised, first-in-human study followed by three consecutive extensions. Twenty-four Parkinson’s disease patients were randomised to receive four immunisations with either 15μg or 75μg PD01A and were followed for at least 3.5 years. For the first booster injection, patients were re-randomised to receive PD01A doses of 15μg or 75μg. All patients received a second booster injection of 75μg. The primary objective was to assess the safety of the PD01A immunotherapeutic. These studies were registered at EudraCT (2011-002650-31, 2013-001774-20, 2014-002489-54 and 2015-004854-16).