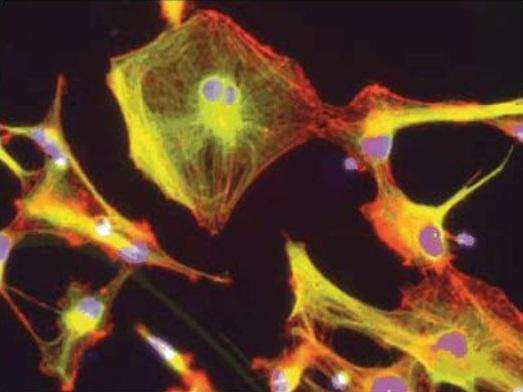 While the jury is still out in terms of iPS cell technology and its ability to deliver a regenerative therapy or, indeed, contribute to the development of a clinical molecule, this paper argues that the progress by which this technology has been advancing is providing confidence that it will become a breakthrough technology for drug discovery.

Pharmaceutical R&D is a long and expensive endeavour with a low overall success rate. Pharmaceutical companies routinely evaluate and implement new technologies that might offer meaningful improvements in throughput, cost or quality of data. In contrast, breakthrough technologies that can improve the overall success rate are usually less frequent and take a long time to achieve their full potential.

One example of a potential breakthrough technology comes from the stem cell field: induced pluripotent stem (iPS) cells, cells that have the ability to be differentiated into any cell type in the human body. Since 2007, with the publication of generation of human iPS cells from skin cells of adult donors by two independent labs (1,2), there has been an intense interest in determining the promise and potential of iPS cell technology and its ability to impact human health.

The field has exploded with many methods to reprogramme somatic cells back to the pluripotent state and then to differentiate them to specific cell types of interest for the study of neurologic and neuropsychiatric diseases (Figure 1). 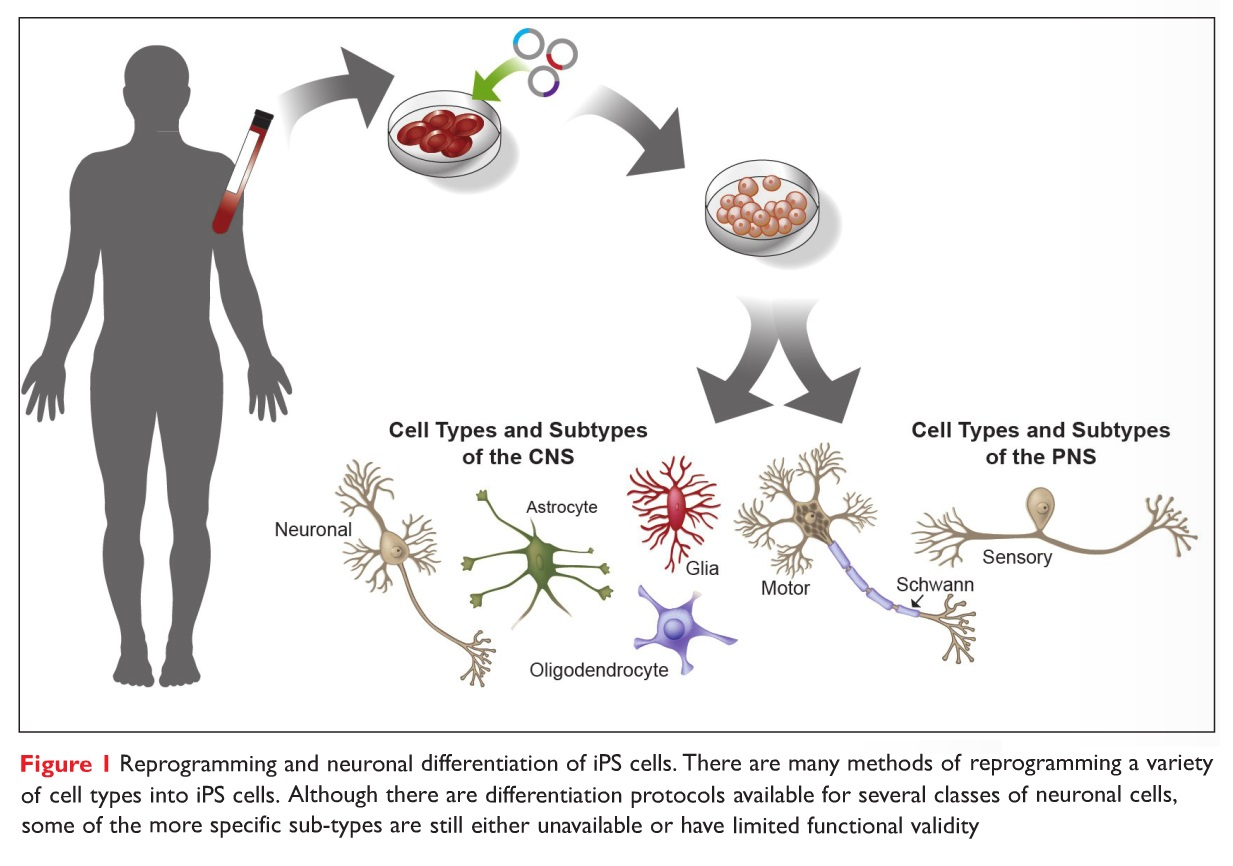 The ability to generate iPS cells from appropriately consented adult, living patients allows the field to move past the ethical debate associated with human embryonic stem cells and provides an improved model system to study disease biology. Although there has been much conjecture about the potential of iPS cells in the discovery of new medicines, the field is still evolving and the true impact will not be realised for several years.

This brief article will discuss why iPS cell technology is generating considerable interest in the field of CNS disorders and its near-term applications to drug.

Why is iPS cell technology an exciting advancement for neuroscience research?

Neuroscience research is at a critical juncture, with molecular genetic studies identifying causative or risk factor gene variants at an unprecedented rate for psychiatric and neurological disorders. In combination with studies of brain function through techniques such as imaging and electrophysiology, the unravelling of disease mechanisms appears to be within reach, for the first time. It is here that the iPS cells have the potential to become a disruptive technology.

Progress has been made also on the development of differentiation protocols that convert iPS cells into specific neurons (such as motor neurons, dopaminergic neurons, astrocytic cells, etc) and engineer complex culture systems in which multiple cell types are grown together to simulate a system closer to the intact brain.

Another potential advantage of the iPS-derived neurons, over engineered cell lines, is that they may offer a more physiological system where the protein combinations and levels may more readily match those in native brain tissue. This is especially important for common drug targets such as Gprotein coupled receptors and ion channels since they have cell-type specific signalling pathways as well as interacting proteins that affect the expression or function of these targets.

However, it is noteworthy that the overall number of protocols for differentiating iPS cells into specific neurons is still small. Furthermore, many of the differentiated cells represent an immature stage of development, do not express the adult complement of proteins, and lack functional characterisation that allows their comparison to adult tissues. These gaps represent a significant need for further research into the development of cell typespecific differentiation protocols, phenotypic and lineage characterisation, and functional correlation with mature adult cell types.

iPS cell technology has opportunities to improve the success rate of drug discovery by providing models for establishing both safety and efficacy of new drug candidates. For example, iPS-derived cardiac cells are being explored for assessing cardiac toxicity of drug candidates. Since an individual’s genetic make-up plays a key role in determining their susceptibility to drug-induced side-effects, one could envision a day when toxicity studies on iPS-derived cells may help develop simple genetic tests to identify individuals who are most at risk of side-effects.

However, this will require significant investment in building relevant toxicity models and iterative learning cycles to establish the predictive validity of iPS derived cellular models for toxicity assessment. To this end, several pre-competitive consortia have been initiated already in recent years (eg, Stem Cells For Safer Medicine and Innovative Medicines Initiative). It is quite likely that over the next decade, iPS-derived cellular models to predict clinical adverse events will have been established through correlative clinical results.

The iPS cell technology also provides the opportunity to reduce attrition rate in the drug discovery and development process by improving the likelihood of clinical efficacy of novel drug molecules. There are two major utilities of iPS-derived neurons. One, in early discovery of lead molecules, iPSderived cells may be used to develop screening assays in an appropriate cellular context to establish drug-target interactions and thereby discover drug candidates with the optimal biological properties.

It is possible that the results of human neuronal cells for screening assays will have better translatability to the clinic than the use of artificially- engineered cells or rodent cells. Secondly, iPS neurons may be derived from patients characterised via molecular genetic studies as well as clinical outcomes. Thus iPS neurons make it possible to elucidate disease mechanisms via comparative studies of cell systems from patients and healthy controls.

Several examples exist demonstrating that iPS cell-derived neurons grown in culture have diseaserelated phenotypes and hence they serve as a physiologically relevant model system to study disease biology (3). Naturally, iPS neuronal studies of monogenic diseases such as Spinal Muscular Atrophy (SMA) have had the most success. A seminal study by Ebert, AD et al, demonstrated that iPS cells from SMA patients retained the genetic mutation in SMN1 protein as well as a phenotype upon motor neuron differentiation of reduced survival and/or increased degeneration (4).

As a result, the iPS-derived motor neurons from SMA patients offer an ideal cellular model to study further the disease mechanisms as well as to engineer a drug screen for molecules that can reverse the disease phenotypes4. On the basis of such success, the field has been spurred to use iPS cells for studies of complex, multigenic diseases as well as those involving gene-gene or gene-environment interactions.

However, for this approach to be successful for complex trait diseases, studies on a large number of iPS lines from well characterised patients will be required. Additionally, there needs to be further progress in the development of protocols to differentiate iPS cells into the desired neuronal cell types. The ultimate objective of these studies is to identify disease associated molecular pathways and possibly new drug targets within the pathways for CNS disorders.

There have not yet been published cases where iPS cell-derived cell types have reduced clinical attrition of drug molecules due to improved compound selection or efficacy prediction. However, the field is early and undoubtedly the value of iPS technology will become evident in the near future. It will be important to select projects that allow rigorous testing of the promise of iPS technology. For example, to determine empirically whether iPS neuronal screens identify distinct lead compounds than screens utilising engineered cell lines.

One of the most important considerations for the utility of iPS cells in drug discovery is that the culture and differentiation protocols need to be robust, reproducible and consistent between operators. To this end, several organisations have dedicated stem cell research teams who are developing new differentiation protocols and launching iPS cell products that fulfill these criteria (Table 1), while some pharmaceutical companies are attempting to perform this work internally. As additional neuronal cell types become more readily available and affordable, their implementation will likely become more widespread and impactful within drug discovery.

New technologies are frequent in drug discovery and there have been many breakthroughs that have had wide-ranging, lasting and positive impact. Although iPS cell technology has not yet delivered either a regenerative therapy or contributed to the development of a clinical molecule, it has already demonstrated the ability to advance the understanding of disease biology. Additionally, iPS cell technology is beginning to reliably deliver a consistent supply of human neurons that can be incorporated into drug discovery assays, when appropriate, in place of rodent primary cells or engineered cell lines.

These human cells may be used to identify safer and efficacious molecules for clinical testing. Although a number of challenges related to differentiation protocols still remain, the progress by which this technology has been advancing provides confidence that it will be a disruptive technology for drug discovery. DDW


Acknowledgements
The authors acknowledge Susan DeLaura, Joleen Rau, Carter Cliff and Lucas Chase from Cellular Dynamics International for their assistance with the graphics as well as critical review of the article.

Dr Kalpana Merchant is Chief Scientific Officer, Translational Science at Eli Lilly and Company. She is a neurobiologist with deep expertise in translational approaches for target and drug discovery for neuropsychiatric and neurodegenerative disorders with nearly 20 years of drug discovery and development experience. Dr Merchant is responsible for designing and implementing neuroscience translational approaches that improve the probability of clinical success.