Sitting down with BridgeBio Pharma 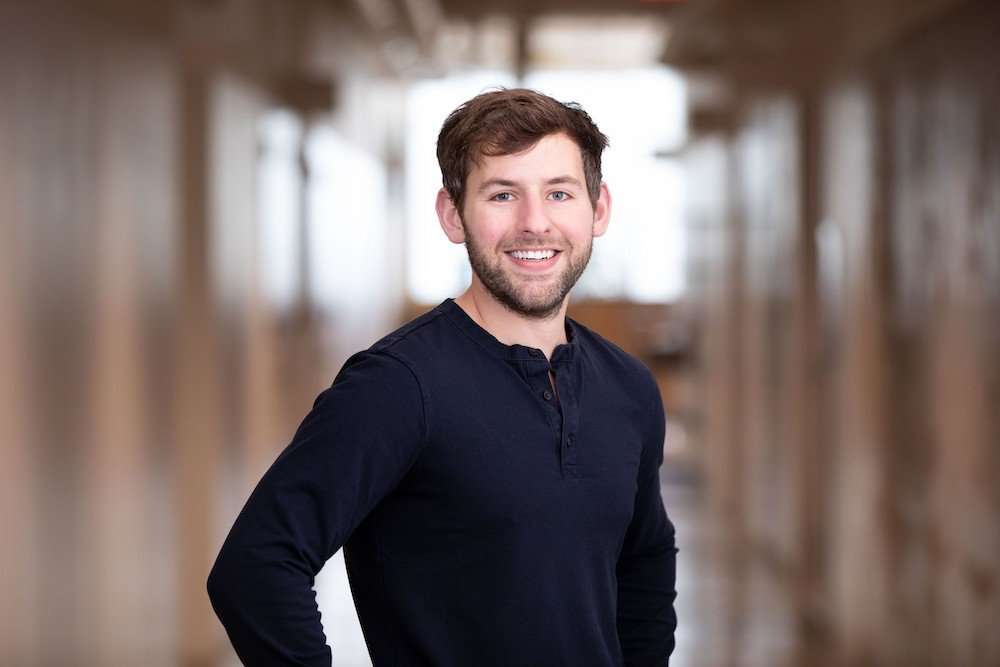 BridgeBio’s mission is to discover, create, test and deliver transformative medicines to treat patients who suffer from genetic diseases and cancers with clear genetic drivers as quickly and safely as possible. “To do so, we follow a simple set of rules: put patients first, think independently, and let science speak,” explains Michael Henderson, Chief Business Officer, BridgeBio Pharma.

More than 27 million Americans live with genetic diseases and half of them are children. Yet only 5% of these conditions have approved therapies. “Huge strides have been made in understanding the underlying causes of many genetic diseases and cancers caused by genetic mutations, yet patients are still often left without treatment options. Progress developing medicines has advanced too slowly. Groundbreaking academic research can get stalled – struggling to get the funding needed to initiate human trials. Potential new medicines for ultra-rare diseases that impact only a small number of people often fare the worst,” he adds.

BridgeBio is a biotech company built to address this gap in the system. Its decentralised business model is designed to advance promising research at scale for patients. “We believe no disease is too rare,” says Henderson.

The company has made significant strides and received two drug approvals from the FDA in 2021. “We are incredibly proud of our first two US Food and Drug Administration (FDA) drug approvals for therapies that target cholangiocarcinoma or bile duct cancer and the ultra-rare, life-threatening condition Molybdenum Cofactor Deficiency (MoCD) Type A,” reveals Henderson. “Among the 50 novel drug approvals the FDA issued last year, BridgeBio is one of five companies to have more than one drug approval. The other four are well-established pharmaceutical giants.

”These approvals represent hope for the specific patient communities the company is hoping to help and also for the broader rare disease community. “As we continue to refine our approach and grow our pipeline, our impact potential continues to expand – hopefully providing treatment options to more and more patients in need,” Henderson adds. BridgeBio has 20 ongoing clinical trials in almost 500 locations in 27 different countries, across a pipeline of more than 30 R&D programmes. In total, it is poised to potentially help more than 4.5 million patients around the world. Fast Company recently named BridgeBio one of the most innovative biotech companies of 2022.

The discovery, creation, testing and delivery of medicines to patients with genetic diseases and genetically-driven cancers is not without its challenges and Henderson recognises this. “The main challenge we face is also our greatest long-term opportunity: how to move quickly to develop meaningful medicines for patients in need,” he says. “Ultimately, our hope is that more companies will emulate the BridgeBio model, bringing new investors to biotech and advancing more promising research so patients can access medicines which may have otherwise never been developed. In the area of genetic disease, vast scientific strides are taking place, but what is needed is an engine that sits atop that innovation, quickly transforming science into medicines that matter for patients. BridgeBio is seeking to be the entrepreneurial engine the industry needs.”

The company aims to break barriers between academia and industry. He says: “Academic institutions hold unmatched knowledge in various disease areas and potential mechanisms of action to address them compared to biopharma companies, due to infrastructure, priorities and time. However, too often these promising therapies never make it into clinic. It is up to industry to proactively partner with scientists and institutions to support the translation of promising research into the clinic for patients.”

BridgeBio is leading by example. Its collaborations are designed to realise the promise of academic research by building long-term partnerships based on trust, engagement, science and respect. “These relationships allow us to validate discoveries earlier, accelerate those findings into the clinic and reach patients faster,” says Henderson.

BridgeBio has partnerships with academic institutions around the world including Stanford University and John Hopkins University. These allow BridgeBio to support researchers early in the innovation process. “Often biopharma companies learn about scientific breakthroughs after they are published in journals or shared at conferences and begin licensing conversations, but we want to know about them earlier to accelerate the process for patients,” Henderson explains.

Academic discoveries led to the founding of 22 BridgeBio programmes – including one focused on advancing a potential therapy to treat the heart disease transthyretin amyloidosis. The team propelled its development of the potential medicine for this disease from a Stanford University lab to Phase III clinical development in less than three years. BridgeBio also talks about bringing finance and science together to serve patients. “Rather than focusing on a single drug, technology or platform, BridgeBio was founded to create and support a network of focused expert teams working on individual therapeutic programs, while sharing resources and capital from the central parent company to create efficiencies and lower investment risk,” Henderson shares. “The model draws on successes in other industries like oil and film, with a network of affiliate companies hyper-focused on developing therapies for individual diseases under a larger umbrella as the parent company – giving each the nimbleness to move fast, with centralised resources to move ahead and leapfrog traditional timelines.

This model is attracting new investors to biotech, and today, the approach is being replicated across the industry. McKinsey says1it could ‘disrupt the R&D landscape and open up new ways to invest, motivate teams and shape the innovation pipeline’. McKinsey’s analysis also showed that more than $5.5 billion has been raised in the past six years for companies taking the BridgeBio approach. “It’s validating to see the clear impact this business model can have, not only when it comes to attracting new capital to biopharma but in the number of patients it has the potential to help,” Henderson says.

Henderson is clear that collaboration and innovation are key to creating medicines quickly and efficiently and believes that by bridging the gap between academia and industry, building a leadership team that combines rising business stars with industry veterans, and fostering an ecosystem of innovation that lets science speak, it is possible to disrupt the traditional biopharma approach and deliver medicines faster than ever.

He says: “Our hub-and-spoke network of affiliate companies are hyper-focused on developing therapies for individual diseases. We designed our de-centralised structure so that small, highly skilled teams can provide the expertise needed to develop a single therapeutic in the hope of allowing it to advance as fast as possible into patients’ hands. To do this, we have created an incentive structure for our affiliate teams, rewarding them for reaching key milestones. This creates an incredible level of focus on a specific drug development programme and ensures that every programme in our pipeline is being advanced by a dedicated team with skin in the game.

“As an industry we must challenge the status quo and develop medicines so that no patient is left behind and no disease is considered too rare to treat.”

As Chief Business Officer of BridgeBio, Michael Henderson oversees the company’s pipeline of over 30 development programs and the commercialissation of its two approved therapies, as well as its overarching strategy and objectives with industry and academic partners. He received his B.A. from Harvard University and M.D. from Stanford University.