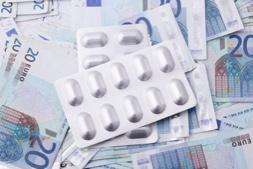 The European Investment Bank will support Palma-based Sanifit in its work to develop cutting-edge solutions in biomedical research.

The European Investment Bank (EIB) is set to support the development of new treatments for progressive vascular calcification, an area of significant unmet medical need where there are currently no approved treatments. To this end, the EU bank will provide a €20 million loan to Spanish biopharmaceutical company Sanifit, which is developing novel treatments in two disease indications linked to calcification.

The EIB is advancing funds for this research, development and innovation (RDI) project by way of a venture debt operation with Investment Plan for Europe support, a financing instrument used by the EU bank to assist leading companies in innovative sectors. Since it was launched by the EIB under the Juncker Plan in 2016, this initiative has granted over €2 billion in financing for projects in areas such as robotics, artificial intelligence and biomedicine.

The EIB will provide Sanifit with long-term finance to drive the development of treatments for progressive vascular calcification disorders. The company, founded out of the University of the Balearic Islands, has developed SNF472, a selective and potent inhibitor of hydroxyapatite (HAP) crystallisation, the final common pathway that leads to vascular calcification.

SNF472 is currently being investigated in a Phase 3 study for the treatment of calciphylaxis, a devastating rare disease where small blood vessels in skin and fat tissue are blocked due to severe calcification, leading to the death of approximately 55% of patients within the first year of diagnosis. A Phase 3 trial in a second indication, peripheral arterial disease, a major driver of morbidity and death in end-stage kidney disease patients, will launch in 2021.

EIB Vice-President Emma Navarro, responsible for the bank’s operations in Spain, highlighted the “positive impact of this operation on strengthening the competitiveness of the European biomedical industry, a sector requiring large-scale investment and tailored financing solutions. We are delighted to help a leading Spanish company to develop new medical treatments for vascular calcification that will have clear benefits for human health and wellbeing. This agreement underscores the EIB’s commitment to supporting European innovation, which is now more vital than ever to promoting economic recovery and job creation.”

Dr Joan Perelló, Chief Executive Officer of Sanifit, commented: “The support of the EIB represents a significant endorsement of our technology and its potential to help patients suffering from debilitating conditions related to progressive vascular calcification. This is an extremely exciting time for Sanifit as we progress SNF472 through the clinic, and this further investment will be invaluable as we gather the late stage data required for approval, and to deliver treatment options to patients in need.”